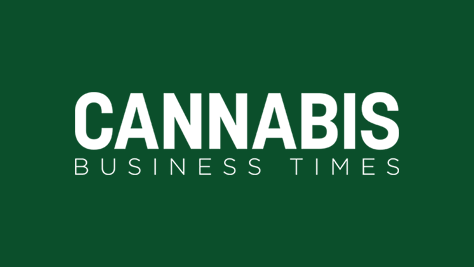 Be professional. “For a lot of sophisticated buyers who come from a traditional business background, something as simple as the fonts used in your agreements can affect their perception of a business,” Salzhauer says. “[Buyers] look at sloppy documents as a lack of sophistication, and if you don’t have agreements, if you don’t have board minutes, if you don’t have all these documents looking the way they expect them to look, then they might not make their best offer. You’re going to be negotiating downward from less than the maximum offer they may have been prepared to make.”

Prove valuation. Buyers should substantiate all the data sellers provide to help establish a valuation, according to Salzhauer. If buying, he says, determine how similar assets are performing in the same area. Typically, law firms that specialize in the industry have access to subscription databases that can help uncover this data.

If possible, buyers and sellers should negotiate exclusivity during the Letter of Intent (LOI) stage. Buyers generally don’t want to spend time and resources on a deal only to have another party snatch it first, Salzhauer says. LOIs are comparable to an engagement to be married: They show that both buyer and seller are seriously committed to a marriage. Buyers and sellers can use an LOI to agree on as many possible items before they reach the due diligence phase. LOIs can cover everything from transitional plans to how employees will be handled. “These are all things that are better to think about on the front end rather than to having to deal with them while you’re negotiating a purchase,” Salzhauer says. In some markets, the sale can’t move forward without approval from a licensing board, so it’s important that LOIs are written in concert with rules that govern ownership.

Protect your trade secrets and intellectual property. Non-disclosure agreements (NDAs) should be signed before sellers begin sharing confidential information. “There are good NDAs and bad ones, and that’s where legal expertise can come in,” Salzhauer says. In his opinion, a weak NDA is better than none. “You’ll never be able to enforce something that doesn’t exist.”

Buyers and sellers should take careful note of non-circumvention agreements. Among other things, a non-circumvention agreement can prevent both parties from using the contacts they learn about during the courtship to gain a competitive advantage if they choose not to pursue a business relationship. “This industry is very small,” Salzhauer says. “If you’re a buyer and you agree to not contact or have any discussion with any third parties on a list, you might already know some of these people, and you don’t want to preclude yourself from continuing an existing relationship by signing an NDA.” These agreements can be modified to help both sides maintain communication with existing clients or vendors without violating the terms.

It matters how a business has been operating and who has been running it. Of particular concern to buyers are regulatory compliance and tax history. Calling workers independent contractors when they should be employees, for example, can generate penalties and interest on unpaid payroll obligations. “I know of a couple of instances here in our state [Oregon] early on when some big investors from the East Coast invested in businesses without doing enough due diligence,” Salzhauer says. Such neglect can be quite risky for investors if a former owner goes to jail for tax evasion, loses their license for regulatory infractions or otherwise damages a company’s reputation or its ability to operate. Expert legal counsel can help investors conduct compliance audits and investigate how a business has been operating. They can also construct well-planned purchase agreements that empower buyers to rescind a deal if they later find evidence that a business is substantially different than it was represented during negotiations. If it turns out that the seller misrepresented something about the business prior to signing the purchase agreement, the seller could be liable to the buyer for damages incurred by the buyer that result from those misrepresentations. In most instances that would involve a lawsuit to recover the amounts that the buyer incurred pursuing the transaction, according to Salzhauer.

The New York cannabis market is approaching full launch for retail dispensaries. What are the basic need-to-knows for opening a…