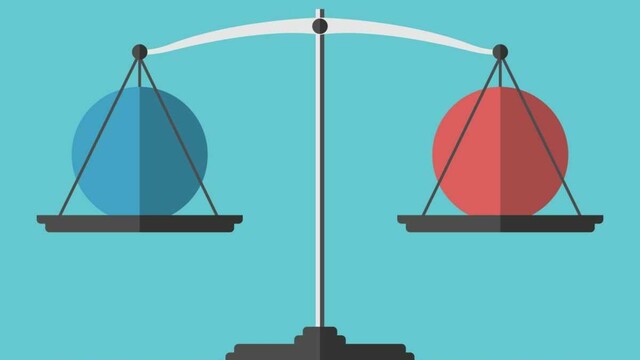 I am sometimes asked whether I prefer the forum of arbitration or litigation to resolve disputes. This question (the “forum question”) can come up when parties are drafting a contract and wondering whether or not to include a mandatory arbitration clause. It can also come up when a dispute exists, but no litigation has yet been filed.

Ultimately, I think the forum question comes down to this: In what forum will my client’s evidence and arguments be heard most clearly and cogently, and what forum will be most responsive to my client’s litigation needs? In my opinion, arbitration is the superior forum for cannabis business disputes.

So what is arbitration? To answer this question, let’s first talk about litigation, so we can properly understand how the two forums differ. Litigation is the process of engaging with the government-sponsored dispute resolution mechanism commonly known as the state and federal court system. This system is government-funded, constitutionally mandated, and free to all, apart from filing fees and some use fees. The government establishes a system of courts and appellate courts of various jurisdictions, as well as rules governing those systems, and matters litigated in those courts are subject to orders and judgments entered by those courts. The orders and judgments entered by those courts have the force of law within the jurisdictions they are entered in and can be “domesticated” in other jurisdictions so that they have the force of law within those jurisdictions as well. To start a court case, a plaintiff files a complaint with the court, pays a filing fee, then serves a summons and a copy of the complaint on the defendant(s). The court then assigns a judge to the case. Sometimes this is the judge for the entire case but often the judge is only there for a limited purpose, such as to hear pretrial motions. The judge does a variety of things, such as managing the case docket (which usually means keeping the case moving toward trial to get the case through the system and make more room on the court’s docket), hearing argument of the parties, and, ultimately, disposing of the case through a final order, which could be a judgment after trial, or a stipulation, if the parties agree to settle the case.

In contrast, arbitration is a private dispute-resolution forum. In arbitration, the parties have agreed in advance (usually in an arbitration clause which is part of a broader agreement between the parties) that certain disputes related to the agreement may only be decided by an arbitrator. The arbitrator is normally a lawyer (often a retired judge) who has a background in litigating or adjudicating the type of dispute between the parties. The parties agree in advance how that arbitrator will be selected, and who will be responsible for the arbitrator’s fee. Just like many law firms, arbitrators usually charge by the hour, although they do not represent either of the parties, and require a retainer. Once the parties have selected and retained an arbitrator, that arbitrator acts as a private judge, managing the case docket, hearing argument of parties, and issuing a final order when the case is disposed of. As the case is litigated, case details are usually not publicly disseminated, and the parties can even agree that all arbitration proceedings and communications are confidential. Once the arbitrator enters a final order (called an award), the parties (usually the winning party) may file it with a court and convert it into a judgment, and then can seek enforcement through the court system if the losing party fails to comply or pay the judgment.

For me, the key aspects of an arbitration which make it more attractive for the resolution of cannabis business disputes are: 1) choice of judge; 2) confidentiality; and 3) flexibility.

First, in arbitration the parties are able to choose the arbitrator, so can select someone with a background in the type of dispute they are litigating. In a court case, the parties are assigned a judge and really have no choice regarding who that judge is. While all of the judges I have ever worked with have been excellent and I would never say a word against any of them, some have been more familiar with cannabis and business disputes than others. And of course, I am grateful for all the jurors who have served in all of the jury trials in which I have taken part, but I know for a fact that some of those jurors held harmful biases against people who work in the cannabis industry (side note: even after we uncovered this bias in voir dire, the judge refused to dismiss these jurors, reasoning that the bias was irrelevant because both sides were in the cannabis business). In contrast, in arbitration, the parties can make sure that the person making all of the decisions in their case has a deep background in the kind of dispute they are in, and if the person has some bias against cannabis, the parties can simply hire someone else – in my experience, such people self-select away from cannabis disputes anyway. But if a judge hates weed, you’re probably stuck with them, and you may never know it.

The second – and often most important – reason is that arbitration proceedings can be confidential. In my practice, one of the most common types of cases that I take is when the owners of a cannabis business have a dispute amongst themselves. In these cases, there are often allegations made that the owners have violated OLCC rules and have therefore caused the business damages or are likely to get the business in trouble. While I am usually very much in favor of transparency and self-reporting of violations to the OLCC, especially since the implementation of the VOC program, the litigants in cannabis disputes do not always look out for the best interests of the cannabis business they are fighting over, and sometimes even use the threat of reporting questionable or overblown violations as leverage against their opponents. In my view, if you are fighting over a business, you need to make sure the business stays healthy so that there’s something there at the end of the case. There is no sense in complicating a business dispute by drawing OLCC investigation or enforcement. An arbitration agreement providing for confidential arbitration can minimize or even neutralize these issues.

That last reason I prefer arbitration is that in arbitration, the parties really have control over how the case is resolved, so they can tailor the applicable rules and resolution timeframe to the needs of their business. The parties can also agree on the set of rules governing the arbitration proceedings and can also agree to not be bound by a given rule. In contrast, in court proceedings, the judge will want to clear their docket because they are always being assigned new cases, so cases are set for trial and the dates are moved only for good cause. The parties must proceed under the court rules (for example, in Oregon, the parties are bound by the Oregon Rules of Civil Procedure, the Uniform Trial Court Rules, and whatever Supplementary Local Rules the court has in place), and usually have no option to modify those rules.

Obviously, not everyone agrees with me on these issues, and even parties who have previously agreed to arbitration might later prefer to be in court. Sometimes people can’t help but want to cut off their nose to spite their face. In a future article, I will discuss what can happen under those circumstances, and how to protect your right to arbitration when it is disputed.