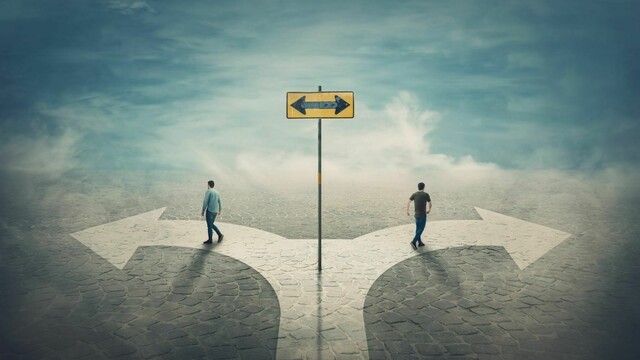 Earlier this month the Biden administration made a major announcement pardoning federal offenses for simple marijuana possession and calling on governors to do the same at the state level. Many drug policy advocates immediately noted that much work is still needed to ameliorate the harms of the War on Drugs, and Oregon for its part still does not provide automatic expungement for prior cannabis offenses that are no longer illegal under state law. Notwithstanding the shortfalls, one action item of the administration’s announcement that provides hope for an end federal prohibition is a directive for the Secretary of Health and Human Services and the Attorney General to review how marijuana is scheduled in the Federal Controlled Substances Act.

The prospect of deschedulization is a light at the end of the tunnel for advocates fighting to end the War on Drugs, and for marijuana businesses who suffer severe economic and tax consequences due to marijuana’s status as a Schedule I drug. While the review process will take months or even years, it marks a substantive step in creating a national marijuana market. All this arises as Oregon moves in the opposite direction and is providing law enforcement more resources and tools to combat unlicensed marijuana activity.

The Oregon Criminal Justice Commission (CJC) is a state agency tasked with administering the Illegal Marijuana Market Enforcement Grant program. The program originally received $3 million in ongoing funding allocated through a pre-allocation (i.e., skimming) of Oregon’s cannabis tax account. In 2021 the ongoing allocation of the program increased to $6 million, and in 2022 there were several one-time funding boosts to the program: $20 million for law enforcement, $6 million for Community Based Organizations (CBOs) working with victims of labor trafficking, and $5 million for water masters to investigate water use by marijuana producers.

The source of funding for these programs would likely come from either Oregon’s general fund, or the state’s cannabis tax account. In the event law enforcement seeks the latter, we will see a major political showdown in Salem as such action will take money away from drug rehabilitation programs that are sorely lacking and underfunded in the state. Oregonians passed Ballot Measure 110 in 2020 to decriminalize simple drug possession offenses and allocate all increasing cannabis tax revenue for treatment programs. The measure is currently under attack from both sides of the political aisle due to problems with program rollout, creating an opportunity for law enforcement to ramp up Oregon’s War on Drugs.

CONCERNS FOR MIGRANT WORKERS AND MINORITY COMMUNITIES TAKE A BACK SEAT

Representatives from CBOs providing victim services to workers at unlicensed grows recently provided a report to the full Task Force outlining existing barriers to assisting workers, which includes ongoing community distrust of local law enforcement agencies and a lack of trauma-informed training for law enforcement officers working with victims of human trafficking. Despite these barriers and the ongoing need for services, the funding subcommittee of the HB 3000 task force is not currently seeking any increased funding for CBOs beyond creating an ongoing $6 million allocation to match the one-time funding provided for in 2022.

CBO representatives in their presentation to the full task force proposed a requirement that cash seized at illegal marijuana grows be directed back to workers who are owed wages from their unlicensed employers. This could be accomplished by including these workers in the statutory list of recipients receiving victim restitution through revenue the state receives in asset forfeiture proceedings. This proposal however fell flat with law enforcement, which following HB 3000 dramatically increased the number of state forfeiture proceedings and in many cases seize private property and bank accounts with little to no concern for, if not outright hostility towards, Due Process.

An ongoing and disturbing aspect of HB 3000 task force are representations from law enforcement that “ethnic organizations” are largely behind unlicensed cannabis production. Oregon State Police Sergeant Tyler Bechtel is a member of the HB 3000 task force and has repeatedly used some form of the phrase “ethnic organizations” in describing who he believes is responsible for illegal activity in southern Oregon. Sergeant Bechtel however provides no statistical evidence to rebut previous CJC data analysis showing that despite racially biased enforcement an overwhelming majority of people arrested and convicted for marijuana crimes in Oregon are white.

As we covered extensively in our Operation Table Rock series (Part I & II), Oregon law enforcement leveraged misleading hemp enforcement statistics to receive more funding from the legislature and used those resources to kill Oregon’s hemp industry. If law enforcement receives an additional $40 million in ongoing funding, they will almost certainly turn their attention to the legal marijuana industry and use all resources at their disposal to crack down on the licensed market.

The HB 3000 task force is overtly targeting minority communities and we will certainly see an increase in racially profiled criminal cases should law enforcement acquire its full fiscal ask. The industry advocates on the Task Force so far are silent to combat the scapegoating of “ethnic organizations,” marking a major concession to law enforcement and capitulating to racially charged marijuana enforcement. This regression comes at the same time OLCC is slow develop any social equity licensing, and as the Oregon legislature fails to fully fund programs dedicated to repairing communities of color disproportionally targeted by the criminal justice system.