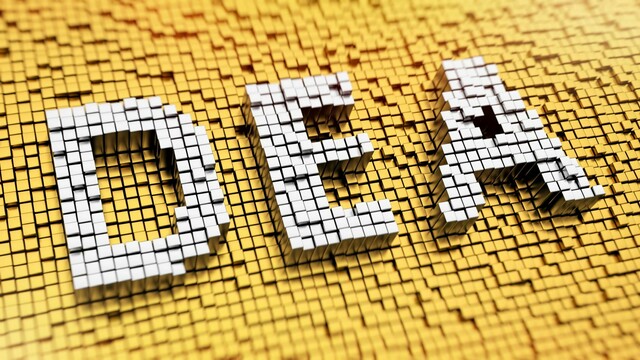 If confirmed, Milgram will report directly to Biden’s pick for Attorney General (AG), Merrick Garland, who was confirmed by the Senate on March 10. Both Garland and Milgram have mostly refrained from commenting on cannabis legalization in public, but they have not actively attacked cannabis, which is a step up from Trump-era appointees including former Attorney General Jeff Sessions, who in 2018 rescinded the Cole Memo after years of publicly criticizing any form of cannabis reform.

The DEA – created in 1973 under President Nixon – is a  federal law enforcement agency serving under the U.S. Department of Justice tasked with implementing and enforcing the Controlled Substances Act. The agency is responsible for coordinating and pursuing U.S. drug investigations and plays a major role in determining how substances are scheduled. It is no surprise that the DEA – the agency at the helm of the War on Drugs – has long been at odds with cannabis legalization and reform. It is a welcome surprise, however, to have a leader of the agency who might change its tune.

From 2007 to 2010, Anne Milgram served as the Attorney General of New Jersey. She was just 36 when she took the job. In a widely viewed 2013 Ted Talk titled “Why Smart Statistics are the Key to Fighting Crime,” Milgram discussed her data-driven approach as New Jersey’s top law enforcement officer:

“It turns out that most big criminal justice agencies like my own didn’t track the things that matter,” she says in her talk. “We didn’t share data, or use analytics, to make better decisions and reduce crime.” Under her leadership, the New Jersey AG’s office gathered and analyzed years of case data. “What we found was not good,” she said. “We were doing most low-level drug offenses right up the street. [The] reason we are incarcerating low-level, non-violent people, and we’re releasing high-risk, dangerous people, is that we don’t have an objective measure of risk.”

During her tenure as New Jersey AG, Milgram overhauled the Camden, N.J. police department using data, innovating thinking, and a fervent belief that a community knows best what it needs to be safe. She most recently discussed her data-centered work in a June 2020 CNN Op Ed, written shortly after Minneapolis police officer Derek Chauvin brutally killed George Floyd and while the nation erupted over a debate about how to revolutionize community safety.

Since 2010 , Milgram – who lives in New York, the latest state to legalize a recreational adult use marijuana market – has been a professor at NYU’s School of Law, where she leads the criminal justice innovation lab. Many of her projects focus on keeping the wrong people out of jail. Until her appointment, she had also been busy co-hosting podcast CAFÉ Insider (café.com) with Preet Bharara, on which the duo debates politically charged legal issues.

In a 2019 series Ceiling Smashers, Market Watch wrote that Milgram says her personal mission is to create paths for less crime and less incarceration, which means re-thinking public safety. “There’s no system that is more old-school and broken and problematic than the criminal justice system,” she said. “There are amazing people in it, but as a system it doesn’t run the way it should run.”

MILGRAM, THE DEA, AND CANNABIS

Anne Milgram has not said much on the record about cannabis. In 2009, she weighed in on a New Jersey bill to legalize medical marijuana. She called the bill “workable,” which in 2009, three years before any state legalized adult-use cannabis, means a little more than it would today. In the last 11 years, Milgram has not added much to discourse on cannabis legalization. However, Milgram’s reverence for and reliance upon data could indicate that she will be a welcome leader of the DEA for cannabis stakeholders because the data on the DEA shows, to borrow a phrase from Milgram, “a system that doesn’t run the way it should run.”

Here’s some data, as summarized by GLLG attorney Daniel Shortt in the Fresh Toast:

Not one of these overdose deaths has been caused by cannabis. However, Pew Research Center reports that 40% of all drug arrests were related to cannabis. If Milgram’s personal mission is to reduce crime and incarceration, she could make an immediate impact by focusing the DEA’s resources away from cannabis-related crime and redirecting that focus on the manufacture and distribution of deadly opioids.

Also important for the cannabis community, as reported by Marijuana Moment, if confirmed, Milgram will pick up the mantle on several lawsuits from cannabis and psychedelic advocates and patients. Most notably, a coalition of scientists and veterans sued the DEA in 2020, arguing that the legal basis the DEA has used to continue categorizing marijuana as Schedule I is unconstitutional.

The cannabis community and the DEA have long been at odds over the unjust War on Drugs, and it’s rare that any appointment to this agency provides a glimmer of hope.

The most promising aspect of Milgram’s appointment for those looking to a future with federally legal cannabis markets is not necessarily that she once called New Jersey’s MMJ program “workable.” It is that she has demonstrated a level-headed use of science and logic, over historical status quo in policing and other areas. Let’s hope she brings the same to the DEA.

Green Light Law Group will be watching Milgram’s Senate confirmation hearing (not yet scheduled at the time of this post) and will report back on any relevant commentary after she responds to inevitable questions on marijuana.

DISCLAIMER: This post is written by Steph Barnhart. Steph is Green Light Law Group’s Legal and Marketing Assistant and studied journalism at Concordia College. Steph is not an attorney.