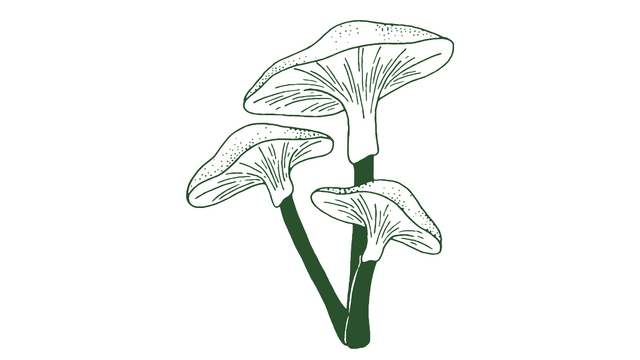 Oregon State Senator Akasha Lawrence-Spence just introduced Senate Bill 1580 to the Oregon legislature. If passed the bill will establish the “Task Force on Psilocybin Equity” that will research problems relating to access and equity in Oregon’s emerging psilocybin program. The task force will complete a study and provide policy recommendations that will serve as a basis for substantive policy reforms during the 2023 legislative session. Green Light Law Group assisted in drafting SB 1580 and is pleased to provide background on the bill’s development and future.

After the task force completes research it will submit a report to the senate committee of human services, mental health and recovery no later than November 1, 2022. The report will include policy proposals exploring the efficacy of psilocybin-license fee waivers for socially or economically disadvantaged businesses, grant programs for culturally specific organizations that offer scholarships for facilitator training or provide assistance to economically disadvantaged psilocybin businesses, and a possible requirement that all psilocybin service centers dedicate a minimum percentage of service sessions to low-income clients.

Why a task force?

The Task Force on Psilocybin Equity is needed to fill in for the lack of equity provisions in Measure 109, which established Oregon’s psilocybin program. While the Equity Subcommittee of the Oregon Psilocybin Advisory Board is working hard to create equity focused policy recommendations, the subcommittee’s powers are limited, and the Oregon Health Authority might decide to not adopt Equity Subcommittee recommendations during formal rulemaking. The Task Force on Psilocybin Equity is designed to fill in this gap and address problems that are threatening access to Oregon’s revolutionary psilocybin program.

Advocates who drafted SB 1580 decided to create a task force, rather than advance substantive policy changes in 2022, because of the constrains of Oregon’s short legislative session. The Oregon legislature alternates between “long sessions” in odd number years and “short sessions” in even number years. During short sessions, legislators are capped in the number of bills they can introduce (usually 1 for representatives and 2 for senators) and the legislative session lasts only one month. Given this short time frame, equity advocates behind SB 1580 decided it was best to establish a task force and allow several months for the task force to convene and create thoughtful policy recommendations for substantive equity reforms during the 2023 long session.

The Psilocybin Equity task force currently calls for 14 members. The number of members and qualifications may change slightly as the authors of the bill work on amendments. As it stands currently, the task force would include two members of the Oregon legislature and a large group of culturally responsive health equity experts. Members of the Oregon Psilocybin Advisory Board would also join the task force, including one member from the Equity Subcommittee and Licensing Subcommittee.

The interests of Oregon’s indigenous populations are a major focus of the task force. Psilocybin and other plant-based medicine are an integral part of many indigenous cultures. Despite this, drug enforcement in the United States often conflicts with these cultural traditions and religious freedom. To ensure history does not repeat itself, one seat on the task force is set aside for an expert representing traditional medicine practitioners or spiritual healers, and one seat is reserved for a representative from one of Oregon’s nine federally recognized tribes.

Another seat on the task force is reserved for a member representing the Measure 110 Oversight and Accountability Council. Measure 110 was Oregon’s decrim measure that passed in 2020 and allocates a large part of Oregon’s cannabis tax revenue for drug treatment services. The Task Force on Psilocybin Equity will likely explore whether psilocybin service centers should qualify as drug treatment centers that are eligible to receive Measure 110 grant money. Including a member of the Oversight and Accountability Council ensures that the intersection of Measure 109 and Measure 110 advance the shared goal of reforming drug policy from a law enforcement concern to a public health issue.

The task force will also include an expert who represents the interests of veterans. Measure 109 passed partially on the promise of assisting veterans suffering from PTSD and other mental health conditions. However, given the high cost of services and absence of insurance coverage, most veterans will struggle to access services. Bringing in an expert that specializes in veteran affairs ensures that future equity reforms benefit communities who stand to gain the most from accessing psilocybin services.

Lastly, the task force will include a contracting specialist with expertise in advancing the interests of minority-owned and woman-owned businesses. This member is included to research the possible benefits of including affirmative action measures in psilocybin licensing. As discussed in our blog post on cannabis equity, creating licensing benefits for minority-owned businesses can run into constitutional issues. Including a contracting expert allows the task force to explore possible options for affirmative action measures, which are necessary to attract and retain facilitators of color and minority owned psilocybin businesses.

Authors of SB 1580 are currently working on a few small amendments to the bill. The most significant of which is a requirement that the Oregon Health Authority (OHA) create a new and separate equity task force if the state legalizes another Schedule I substance in the future. Requiring OHA to create additional task forces if other drugs are legalized, such as MDMA, will ensure the state always considers equity during rule making and the legislative process.

Oregon’s cannabis industry missed out on the benefits of diversity by legalizing cannabis and never implementing equity legislation. The first to market opportunity is not yet lost in the context of psilocybin, and creating a task force to develop policy recommendations before the psilocybin market fully develops provides an opportunity to increase access for low-income individuals and people of color who bore the brunt of the War on Drugs.