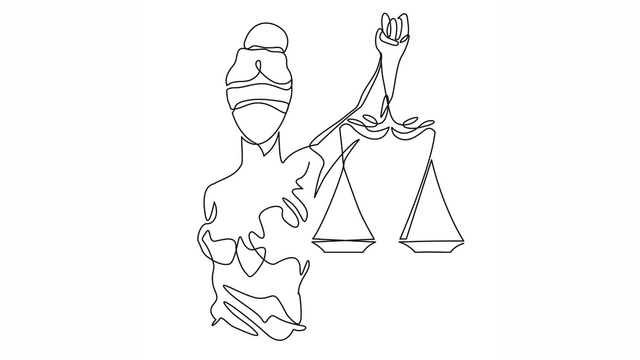 In just a few years cannabis transformed from an illicit product to the 5th most valuable crop in the United States and a multibillion-dollar industry. This economic success, however, is not benefitting the Black and brown communities targeted by the War on Drugs. The capital-intensive cannabis market is dominated by white-owned businesses, a direct consequence of the wealth disparities that Black, Indigenous, and Latinx (BIL) communities experience because of cannabis criminalization.

A growing recondition of this hypocrisy is developing, leading state legislatures and municipal governments to develop cannabis equity programs. These programs seek to remediate the harms of criminalization through expungement of cannabis offenses, direct investment into communities disproportionately targeted by law enforcement, and creating cannabis equity licenses to assist entrepreneurs from communities most harmed by prohibition.

Unfortunately, these efforts often fall short of achieving their goals, largely because these programs do not specifically list BIL communities as those most impacted by the War on Drugs. This blog post will explain that despite the difficulties of race-specific language passing strict scrutiny, affirmative action in cannabis equity is possible and can provide reparations for targeted communities.

Despite the overwhelming evidence that the War on Drugs was created and is enforced to oppress Black and brown communities, equity programs almost always shy away from using race-conscious measures or minority-business designations. Ironically, this timid-ness is traced to the Fourteenth Amendment, a post-civil war amendment passed to stop states from denying the rights granted to recently freed slaves.

The Equal Protection clause of the Fourteenth Amendment mandates that the government treat similarly situated persons equally under the law. In interpreting the Fourteenth Amendment, the Supreme Court of the United States takes a “color-blind” approach to race, taking the position that all race-conscious classifications are inherently suspect even when the objective is helping minority populations experiencing racial discrimination. Therefore, all race-based government classifications are reviewed under “strict scrutiny,” and are constitutional only when two requirements are met:

Ohio was the first state to employ affirmative action in cannabis equity when the state included a 15% license set-aside in its medical marijuana program for businesses meeting the definition of Ohio’s race-conscious “economically disadvantaged groups” designation. Ohio’s medical marijuana program achieved a 16% minority-owned business participation rate with this rule in place, but the program was eventually challenged under the Equal Protection Clause and ruled unconstitutional. This decision focuses on the seminal affirmative-action case of Richmond v. J.A. Croson Co, where the Supreme Court of the United States (SCOTUS) ruled that the government can give race-specific preferences in licensing or contracting only when it’s shown that a particular industry historically discriminated against minority business owners. The issue then, according to the judge, was that Ohio’s medical marijuana program was just beginning, so there was no history of discrimination because the industry was new.

In 2017, legislators in Maryland intended to employ similar affirmative action measures but retreated after their state Attorney General expressed concerns the program was unconstitutional. In response, Maryland commissioned a disparity study to determine if there was statistical evidence sufficient to satisfy the standards of strict scrutiny. To address the problem that cannabis was a new state industry, the Maryland disparity study analyzed industries similar to cannabis to determine whether documented discrimination in those analogous industries would replicate in the medical cannabis market. The study found “a strong basis in evidence, consisting of both quantitative and qualitative findings, that supports the use of race- and gender-based measures to remediate discrimination affecting minority- and women-owned businesses in the types of industries relevant to the medical cannabis business.”

More recently, activists in Oregon in 2020 introduced an omnibus cannabis equity bill, HB 3112, that included race-conscious measures in cannabis licensing. HB 3112 sought to create new social consumption and cross-jurisdictional delivery licenses exclusively for any business 51% owned by individual(s) with a previous cannabis conviction (regardless of race); or who were Black, Indigenous, or Latinx. The constitutionality of this program was never tested as the bill died in the Oregon Ways and Means subcommittee.

Whereas many affirmative action programs are deemed unconstitutional for failing to show direct discriminatory intent, the history of the War on Drugs is marred by racism and was enforced with racist motivations. Harry J. Anslinger, the father of the War on Drugs, was a notorious racist who didn’t keep his overtly racist comments and propaganda behind closed doors. Anslinger testified to the following in front of the U.S. House Committee on Ways and Means: “[a] Negro raped a girl eight years of age. Two Negroes took a girl fourteen years of age and kept her for two days in a hut under the influence of marihuana. Upon recovery she was found to be suffering from syphilis… Colored students at the University of Minnesota partying with female students smoking and getting sympathy with their stories of racial persecution. Result—pregnancy.”

Similar racist motives drove the expansion of the War on Drugs during the presidency of Richard Nixon. John Ehrlichman, Nixon’s aide on domestic affairs, disclosed the following in an interview following his time working in the White House:

The Nixon campaign in 1968, and the Nixon White House after that, had two enemies: the antiwar left and black people. You understand what I'm saying? We knew we couldn't make it illegal to be either against the war or Black people, but by getting the public to associate the hippies with marijuana and Blacks with heroin, and then criminalizing both heavily, we could disrupt those communities. We could arrest their leaders, raid their homes, break up their meetings, and vilify them night after night on the evening news. Did we know we were lying about the drugs? Of course we did.

Turning to the second requirement of showing a strong basis in evidence that race-conscious remedies are necessary, numerous studies demonstrate the disparate enforcement of the Wars on Drugs on BIL communities and the resulting economic impact of over-policing and mass incarceration. This systemic divestment of wealth from targeted communities explains why BIL entrepreneurs are not able to equitably access the capital-intensive cannabis industry.

While the cannabis market may be too young to show direct and systemic discrimination within the emerging industry specifically, the racist motivation behind the government’s War on Drugs directly explains why BIL communities cannot equitably access the market. This in addition to disparity studies, like the one conducted in Maryland, provide a strong basis for remedial measures to ensure the benefits of legalization flow to communities who bore the brunt of the War on Drugs.

The second argument relates to the economic benefits of increased diversity. This is extremely applicable to cannabis, as an industry dominated by white owned business will fail to effectively market itself in a nation on track to become Minority-Majority by 2045.

SCOTUS in Grutter v. Bollinger explained that in the context of affirmative action in secondary education the benefits of diversity, “are not theoretical but real, as major American businesses have made clear that the skills needed in today's increasingly global marketplace can only be developed through exposure to widely diverse people, cultures, ideas, and viewpoints.” Contemporary studies consistently show that more diverse businesses outperform their less diverse counterparts. Thus, states who want to become leaders in the cannabis industry possess a compelling interest in fostering a diverse industry that can reach national and international markets.

Narrowly Tailoring requires that race is used only to the extent necessary to address the compelling governmental interest at stake. The most important factor of narrow tailoring is demonstrating that race-neutral alternatives are ineffective. In the context of cannabis equity licensing, programs usually employ the following race-neutral qualification factors:

While these race-neutral factors were crafted to benefit targeted communities, they prove ineffective in practice. Prior Cannabis Conviction and Member of an Impacted Family often over includes individuals who are not from communities targeted by law enforcement and are more likely to possess the financial means to move on from the consequences of contact with the criminal justice system.

Low-income misses the mark as income does not accurately track the wealth stripping caused by the War on Drugs. According to Prosperity Now, an average white household in the middle-income bracket owns nearly eight times as much wealth ($86,100) as middle-income Black households ($11,000) and ten times as much wealth as middle-income Latinos ($8,600). Disparities in start-up capital is the main reason BIL entrepreneurs cannot enter the cannabis market, so giving qualification based on income alone does not resolve the racial wealth disparities caused by the War on Drugs.

Resident of a Disproportionately Impacted Area runs into problems with gentrification displacing BIL communities. Creating a dynamic where qualification is given to wealthier individuals who moved in and displaced lower income residents in areas that we’re previously over policed. In Oakland, one of the most rapidly gentrifying cities in the United States, 86% of the applicants who gained an equity license qualified based on residency in census tracts designated as most impacted by the War on Drugs.

These observations in addition to the initial poor feedback of existing equity programs shows that a new strategy is needed to repair targeted communities. Equal Protection caselaw would require some race-neutral factors to stand alongside race-conscious factors in awarding equity licenses, but it is becoming increasingly clear that race-neutral qualifications alone are not reaching BIL communities.

The growing acknowledgment that the War on Drugs targets Black and brown communities provides an opportunity to employ race-conscious measures that give reparations to BIL communities. The demanding constraints placed upon affirmative action programs are not inflexible and come from divided SCOTUS opinions. A new day offers the opportunity for judges to sign on to Justice Brennan’s conclusion in Regents of Univ. of Cal. v. Bakke:

Claims that law must be “color-blind”; or that the datum of race is no longer relevant to public policy must be seen as aspiration rather than as description of reality… [We cannot] let color blindness become myopia which masks the reality that many “created equal” have been treated within our lifetimes as inferior both by the law and by their fellow citizens… In order to get beyond racism, we must first take account of race. There is no other way. And in order to treat people equally, we must treat them differently. We cannot- we dare not let- the Equal Protection Clause perpetuate racial supremacy.