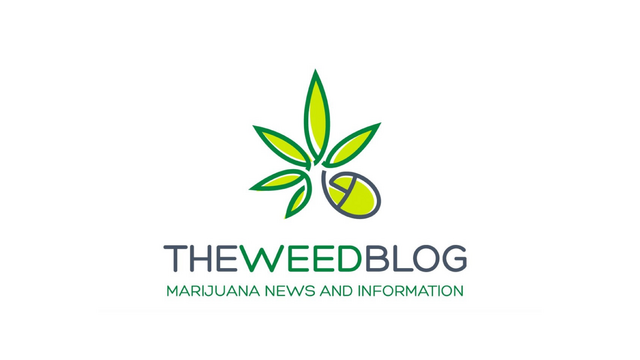 THIS ARTICLE WAS ORIGINALLY PUBLISHED ON THE WEED BLOG

Two thousand seventeen was a progressive year for U.S. marijuana legalization. Populations across the world are voting for medical and recreational marijuana access while local and national governments are implementing large scale legal reforms. California, home to nearly 40 million people, 1 out of every 8 U.S. Americans, a state larger than both Canada and Australia, began recreational sales of cannabis to adults age 21 and over on Monday. The region’s roots in cannabis culture, from farms in the Emerald Triangle, to some of the country’s first dispensary storefronts, and now the spawn of global investment opportunities, impacts the world economy.

To welcome in the New Year, The Weed Blog talked to two of the top experts in the space, Perry N. Salzhauer and Brad Blommer, marijuana attorneys at Green Light Law Group based in Portland, Oregon. Their home-state was the first to decriminalize cannabis in 1973, it’s also a place where recreational weed has been legal already for more than three years. Below, Brad and Perry recap last year’s most pivotal events and discuss how they’ll shape marijuana reform ahead.

The FDA’s most recent set of warning letters to the cannabis industry focused on CBD product health claims, as four CBD product manufacturers received letters regarding the advertisement and marketing of CBD products. The FDA indicated that the non-FDA approved health claims violated provisions of the Food, Drug, and Cosmetic Act prohibiting claims or statements suggesting a product is intended to “treat, cure, mitigate, diagnose, or prevent any disease.” It’s important to recognize that these FDA warning letters, as well as recent statements from acting FDA Commissioner Scott Gottlieb, demonstrate the FDA’s increasing willingness to exercise regulatory oversight of the cannabis industry. The fact that FDA is “weighing its responsibility” with respect to unverified marijuana product health claims provides greater legitimacy within the industry itself, as the FDA has been reluctant to crackdown on an industry that remains illegal at the federal level. With FDA cracking down on the use of non-FDA approved health claims within the industry, the industry gains legitimacy as a nascent, growing industry, and one that will eventually be legal at the federal level, thus subject to FDA regulatory oversight.

This past year has seen the largest amount of M&A activity since legalized recreational cannabis market opened in 2014, with an almost three times increase over 2016. While most of those deals continue to be between “public” companies, we have also seen a number of purely private players involved in the increased capital raises and M&A activity. Perhaps the most active has been Golden Leaf, through its US subsidiary Golden Leaf Holdings, beginning with its acquisition of Chalice Farms in Oregon and its acquisition of Las Vegas operations. More recently, and perhaps the most interesting development in the finance/M&A sector, was the recent announcement by Constellation Brands (owners of Corona, etc) that they are taking a 9.9 percent stake in Canopy Growth, a publicly traded Canadian cannabis company, in exchange for ~C$245MM. This substantial year over year increase in cannabis M&A activity indicates a growing acceptance in the financial market. It would be helpful to also talk about the implications of the increased activity on financial markets and banking.

Introduction of the Marijuana Effective Drug Study Act of 2017 (“MEDS Act”) by Utah Senator Orrin Hatch represented a monumental moment for the marijuana movement, as Senator Hatch has long-voiced opposition to marijuana legalization, even for medical purposes. In contrast to most federal legislative initiatives involving marijuana, this bill is capable of garnering widespread, bipartisan support because it does not change the status of marijuana under federal law. The bill would ease federal research restrictions on marijuana, allowing scientific researchers to investigate the potential medical benefits of marijuana, which is ultimately a step towards removing marijuana from Schedule 1 of the Controlled Substances Act. The messenger is just as important as the message, so when the most senior Republican in the Senate introduces federal legislation to ease research restrictions on marijuana, it’s clear that we are closer to the end of prohibition than ever before.

Consolidation of Recreational and Medical Marijuana in California

In June, California passed a budget measure that consolidated regulation of both medical and recreational cannabis under one agency, making it the first of the recreational states to do so. Both Washington and Oregon have flirted with the idea, but ultimately (for now) retained separate regulatory structures for each, and it’s likely that the issue will be revisited in both states during their next legislative sessions in 2018. It’s often said with cutting edge regulatory matters, such as environmental and consumer protection, as California goes, so goes the rest of the US. The state of California has the largest single-state economy in the US and is generally the economic bellwether for the rest of the country. This is an important development because other states will look to California as legalization progresses throughout the US, and it could lead to important political divides between the medical use lobby and recreational use lobby, each of which largely has a distinctly different political constituency. Divisiveness on this issue could potentially forestall both state and federal efforts towards legalization. It would be good to talk about the relative benefits and disadvantages of a consolidated cannabis regulation and the arguments on both sides. As a salient example of this, recently the California regulators unveiled the taxation scheme for the consolidated marijuana program. The taxes are going to raise prices on both medical and recreational marijuana alike by ~70 percent. This is surely going to raise concerns about raising the price for truly medical access, an issue that we have addressed in Oregon by exempting sales to medical card holders from certain taxes.

The Trump administration’s nomination of Attorney General Jeff Sessions sparked rampant fear throughout the cannabis industry, as AG Sessions has made his personal opposition to marijuana legalization abundantly clear throughout his political career. Despite industry concerns of a Jeff Sessions-sponsored crackdown on the industry, the Department of Justice has largely maintained a hands-off approach to federal government interference in the cannabis industry. While AG Sessions sent a letter to Washington state officials seeking additional information on how the state planned to address public health and safety concerns contained in the “Washington State Marijuana Impact Report,” the letter ended with a request for “continuing dialogue on this important issue.” Given that the letter also requested additional information on Washington’s “efforts to ensure that all marijuana activity is compliant with state marijuana laws,” the letter signals a dramatic shift between federal and state officials when it comes to the cannabis industry. Given that the head of the Department of Justice is also one of the biggest legalization opponents, the absence of stern legal threats signals a significant shift in the federal government’s approach to state-level marijuana legalization.