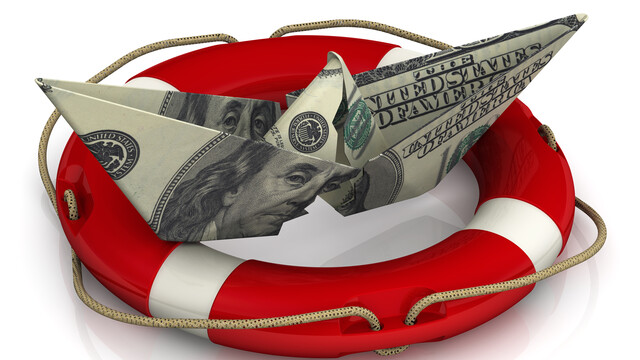 A receivership is a proceeding whereby a “receiver” is appointed, usually by a court, to direct the disposition of specified assets, usually taking over control of those assets from someone who is either a wrongdoer or insolvent. Receivership is like bankruptcy and can be used by cannabis businesses when bankruptcy is not available. In a receivership, the receiver is supposed to make sure that any benefit realized from the disposition of the assets goes to the people who deserve them; for example, in the case of an insolvent company, to the creditors of that company rather than the company’s executives or shareholders.

In my early years of legal practice, I worked at a firm in Miami which represented receivers in cases brought by the federal Commodities Futures Trading Commission (CFTC) and the Securities Exchange Commission (SEC). These cases often involved Ponzi schemes. Typically, a fraudster would convince people to invest money with him, and as he spent the money on himself, he would provide some return on early investors’ money from money that later investors gave him. Some Ponzi schemers are extremely sophisticated and get away with it for many years – Bernie Madoff operated a famous Ponzi scheme – but some of them are just dumb, greedy people who get caught relatively quickly and have no exit strategy. When they did get caught, the SEC or CFTC would petition the federal court to appoint a receiver, and then our firm would be involved representing the receiver as she began the process of unraveling the Ponzi scheme, taking custody of the fraudster’s assets (the “receivership estate” or just “estate”), and making a plan to liquidate them for the benefit of the victimized investors.

But receivers aren’t just for fraudsters and Ponzi schemes. Indeed, they can be an effective means of liquidating the assets of a failing business for the benefit of that business’ creditors. Often, and especially in novel, specialized markets, creditors will want to have someone they trust directing how assets are liquidated, rather than trusting the owner of a business, who may have an interest in saving their own skin rather than doing right by their creditors.

Cannabis businesses can be good candidates for receiverships, under the right circumstances, especially because of the fact that bankruptcy relief is not available to those who federal courts consider to be engaged in drug trafficking; a federal bankruptcy trustee cannot be made to administer a bankruptcy estate made up of what federal law considers illegal proceeds of drug activity. However, a receiver appointed by a state court is under no such restriction.

If a cannabis business has multiple creditors and substantial assets, but is insolvent, a receivership may be a good option. However, if the business has fewer assets and one creditor who holds a security interest in the business, the OLCC rules also provide that the secured creditor may obtain a temporary authority. We will explore this option in future posts.

The New York cannabis market is approaching full launch for retail dispensaries. What are the basic need-to-knows for opening a…

If you are considering selling your cannabis business, don’t leave money OFF the table. M&amp;As in highly regulated industries like…