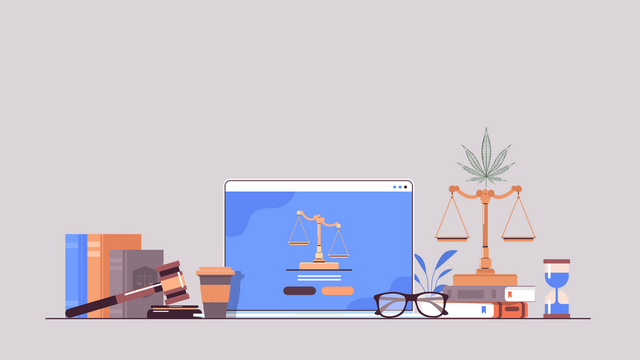 The following is a cheat sheet to most of the substantial changes (many of the changes are technical or conforming) to Division 25 of the OLCC rules in the OLCC’s 2021 Marijuana Bill and Technical Package Proposed Amendments, scheduled to become effective on January 1, 2022. Text of the rule changes is available here. We have also included some commentary.

The 2021 Marijuana Bill and Technical Package also contains substantial changes to Division 26, which covers adult use cannabis and hemp; however, those changes are not expected to become effective until June 2022.

Definition of “adult use cannabinoid” added. Includes but is not limited to certain described substances and is evidently meant to encompass all cannabinoids that are “reasonably determined to have an intoxicating effect.”

Definition of “artificially derived cannabinoid” added. Establishes a distinction between this and naturally occurring cannabinoids.

Definition of “common ownership” changed.: “Means any commonality between individuals or legal entities named as applicants or persons with a financial interest in a license or business proposed to be licensed that have a financial interest or management responsibilities for an additional license or licenses.” It seems like this definition could use some punctuation to make it less confusing, but it appears to be intended to clarify that “common ownership” is meant to be when Business A has any of its owners in common with Business B.

Definition of “processes” changed. Now includes in definition the processing of industrial hemp or industrial hemp commodities into “products that contain cannabinoids and are intended for human consumption or use.”

Rule changed to allow to provide samples of usable marijuana or kief, or “A cannabinoid product, cannabinoid extract, or cannabinoid concentrate that was made using only marijuana produced by the producer to a marijuana processor, wholesaler, or retailer.”

Also, I think the producer should be able to produce concentrates using kief if they only use low heat, water, and/or mechanical processing; I don’t see why this should only be a privilege of micro-producers...

Rule changed to allow producer to transfer “a cannabinoid product, cannabinoid extract, or cannabinoid concentrate that was made using only marijuana produced by the producer” to the licensed premises of a processor, wholesaler, or retailer.

Rule also changed to allow producers to purchase and receive “[u]p to 200 marijuana seeds in total per month from any sources within the State of Oregon other than a licensee, laboratory licensee, or research certificate holder.” This rule was authorized by SB 408 in the 2021 legislative session and is intended to foster cannabis plant diversity.

Rule changed to disallow a producer to “[t]ransfer, sell, transport, purchase, possess, accept, return, or receive any marijuana or hemp item containing artificially-derived cannabinoids except as allowed under OAR 845-025-1310.”

Rule changed to allow sale of marijuana seeds to producer.

Rule changed to increase sale limit to two ounces of useable marijuana for consumers who do not present an OMMP patient or caregiver card at the time of sale. This change corresponds to SB 408’s increase in the public possession limit of usable marijuana to two ounces.

Delivery of Marijuana Items by Retailer

Rule changed to allow transport of up to $10,000 (up from $3,000) in retail value worth of marijuana items designated for retail delivery.

Requirements added that a retailer licensee representative must be able to communicate with the marijuana retailer while making deliveries, and the delivery vehicle must be equipped with active GPS.

Allows delivery to city or county that has provided OLCC with an ordinance allowing for interjurisdictional deliveries from adjacent cities or counties.

Rule changed to allow processor to transfer, sell, or transport to a producer “a cannabinoid product, cannabinoid extract, or cannabinoid concentrate that was made using only marijuana produced by the receiving producer.”

Rule changed to allow a processor with an industrial hemp endorsement to transfer, sell, or transport “hemp items to a person that is not a processor, retailer, or wholesaler only as allowed under OAR 845-025-3320.”

Rule added to prohibit dealing in items containing artificially derived cannabinoids except as allowed under OAR 845-025-1310.

Adds ability for processor holding industrial hemp endorsement to transfer hemp items to a person that is not a processor, retailer or wholesaler, subject to certain conditions; e.g., the hemp items are tested and otherwise meet the requirements of marijuana items (e.g., packaging, labeling, etc) under Chapter 475B and the OLCC rules.

Requires generation of manifest in CTS.

Rule added to prohibit dealing in items containing artificially-derived cannabinoids except as allowed under OAR 845-025-1310.

Rule modified to require laboratory licensee to utilize CTS for sampling or testing conducted for persons manufacturing industrial hemp-derived vapor items, and provides list of information that must be entered into CTS.

Removes text of rule allowing Commission to test randomly chosen samples in the event of insufficient laboratory capacity; clarifies that marijuana and industrial hemp and industrial hemp items are subject to the testing rules in OAR Chapter 333, Divisions 7 and 64.

Definition of “Usable Hemp” added; includes, “for purposes of these rules, pre-rolled hemp as long as the pre-roll consists of only dried hemp leaves and flowers, and unflavored rolling paper and a filter or tip.

Packaging for Sale to Consumer

Removes obligation to package usable marijuana (and usable hemp) in package that is child-resistant for a single use.

Labeling for Sale to Consumer

Adds requirement that principal display panel be on lid of small packages which are wider than they are tall.

Permits retailers and wholesalers with approved labels to change producer’s name on label without resubmission or pre-approval.

Permits licensees three business days (instead of prior to operation) from date of licensure to have activated and functional CTS account.

Transportation and Delivery of Marijuana Items

In context of licensees being allowed to transfer marijuana items between licensed premises, permits marijuana items to be transported by representative of another licensee under common ownership of the originating licensee.

Removes requirement that manifest contain written description of route. Metrc system will still require route information but nothing specific is required. Circular manifest language is unchanged – intermediary stops still must be listed, but not directions between.

Adds requirement that manifest include location and duration of time for any overnight stop.

Did you know we have two offices in Oregon? If you are in the North West, then the downtown Portland office is for you. If you are in Southern Oregon, then please contact our law office in Medford.