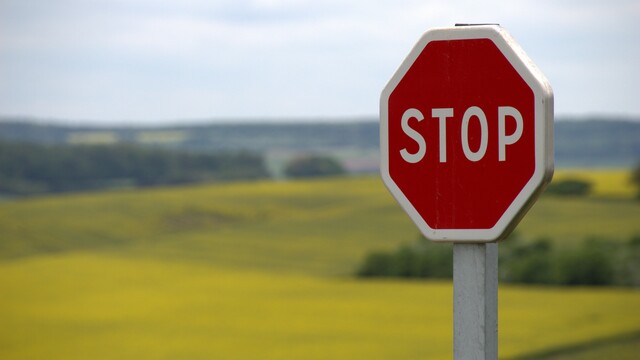 The warning letter from the FDA, to one of (if not the) largest cannabis multi-state operator, Curaleaf, Inc., cited multiple violations of the FDCA and stated that the FDA was taking action after reviewing the Curaleaf website, as well as social media websites, including Facebook and Twitter, that directed consumers to the Curaleaf website for purchase of products.

As to the reason for the letter, the FDA indicated in the letter that the sale of multiple Curaleaf products, including the “CBD Lotion,” “CBD Pain-Relief Patch,” “CBD Tincture,” and “CBD Disposable Vape Pen,” violated Sections 505(A) and 301(d) of the FDCA. The FDA also indicated that the aforementioned products were “misbranded products” as defined by 502(f)(1) of the FDCA (21 USC 352(f)(1). Additionally, the sale of animal drug products called “Bido CBD for Pets” was deemed unsafe pursuant to 512(a) (21 USC 360b(a)) of the FDCA, as well as an adulterated drug product as defined by Section 501(a)(5) of the FDCA (21 USC 351(a)(5).

The warning letter specifically notes that Curaleaf, Inc. products are deemed drugs under 201(g)(1) of the FDCA because of the use of non-FDA-approved health claims that indicate use of the product as drugs. As we’ve advised clients previously, the subjective or objective intention of the manufacturer is irrelevant for purposes of defining the term “drug” via the FDCA. The FDCA definition for “drug product” encompasses any drug that is marketed and sold for use in the “diagnosis, cure, mitigation, treatment, or prevention of disease and/or intended to affect the structure or any function of the body.” (FDCA 201(g)(1) and 21 USC 321(g)(1)).

Based on this definition, it was rather easy for FDA officials to conclude that Curaleaf, Inc. products were “drugs” for purposes of FDCA compliance. The FDA warning letter cited a number of examples that included Facebook Social Media Account posts such as “CBD can be a powerful ally if you’re suffering from chronic inflammation and pain,” Twitter posts that indicated “CBD to help lower anxiety,” and “CBD is being adopted….as a natural alternative to pharmaceutical-grade treatments for depression and anxiety.” Absent FDA approval of any product that is deemed to be a “new drug product,” introduction of that product into interstate commerce is a violation of FDCA Sections 301(d) and 505(a). These provisions ensure that FDA approval is contingent upon rigorous analysis of scientific data and information demonstrating the safety and efficacy of the drug product prior to sales to consumers.

The FDA warning letter also indicated that the products are misbranded because of the failure to include adequate directions for use pursuant to Section 501(f)(1) of the FDCA. This specific issue is something that I have advised clients on previously, as this is a rather straightforward and unambiguous requirement contained in the FDCA.

The Curaleaf, Inc. website disclaimer indicating that the products were considered “dietary supplement(s)” ended up hurting the company in the end. Why? Because FDA has consistently maintained and reiterated that CBD products are NOT dietary supplements pursuant to Sections 201(ff)(3)(B) and 201(ff)(2)(A)(i) of the FDCA. The FDA has indicated that CBD products are not dietary supplements because the FDCA specifically prohibits an article (like CBD) from being considered a dietary supplement if the article is used as an active ingredient in a drug product that is approved under Section 505 of the FDCA, or otherwise authorized for investigation as a new drug product (“IND”) “for which substantial clinical investigations have been instituted and the existence of which have been made public.” FDA has further concluded that the FDCA exception for substances “marketed as” dietary supplements prior to authorization of INDs is not applicable to CBD based on historical evidence.

The Curaleaf, Inc. website marketed “Bido CBD for Pets,” in a manner that suggested and/or implied that the product is intended for use in the “mitigation, treatment, or prevention of diseases in animals,” thus making them animal drug products via FDCA Section 201(g)(1)(B). The Curaleaf, Inc. website included claims that the product could or would “Decrease compulsive behavior like biting, scratching, chewing, whining, eliminating, and other symptoms of dog separation anxiety,” and “Decrease automatic arousal symptoms like fast/irregular heartbeat, panting, and general distressed feelings,” among many other unapproved claims.

As previously mentioned, the use of non-FDA-approved health claims for marketing and advertising purposes is used to determine if a product is considered a “drug” or “animal drug” for purposes of FDCA compliance. It is not enough to simply include a disclaimer that indicates your intention to avoid FDA oversight by claiming the product is a “dietary supplement” or “not a drug.” This is increasingly important as FDA continues to increase oversight of the cannabis-derived-product market. Every “drug” or “animal drug” product must obtain FDA approval prior to introduction into interstate commerce, as these products are not recognized as safe and effective for use under the conditions prescribed, recommended, or suggested in the labeling.

Following the issuance of the FDA warning letter earlier last week, Curaleaf, Inc. issued a public statement indicating an intent to respond to the FDA notice within 15 days (as required). The FDA warning letter also prompted Curaleaf, Inc. to remove the non-FDA-approved health claims cited in the warning letter as evidence of the fact that the company’s products were marketed and advertised in violation of the FDCA provisions related to new drug and new animal drug products. Curaleaf, Inc. stated that they had every intention of working with FDA officials in order to ensure compliance with FDCA provisions, while also indicating “confusion” and “uncertainty” surrounding these issues in light of the federal-state law conflict.

The Key Takeaway? Reach Out Sooner Rather than Later!

While it is easy to understand this position, the reality is we have been repeatedly emphasizing to clients the importance of FDCA compliance regardless of the ambiguity of FDA regulatory oversight of cannabis and cannabis-derived products. I continue to believe that maintaining a proactive position with respect to FDCA compliance is critical to survival in the nascent cannabis industry, as receipt of an FDA warning letter is not something that any cannabis company wants to receive at any point in time.

The key is ex ante compliance with any and all FDCA provisions that could be deemed applicable to the cannabis product market, something that we have been doing for quite some time now. If you are interested in speaking with us about compliance with the Food, Drug, and Cosmetic Act in light of the recent FDA enforcement action against Curaleaf, Inc., please don’t hesitate to reach out for further insight on these issues, as well as guidance on how to avoid FDA enforcement actions in the future.