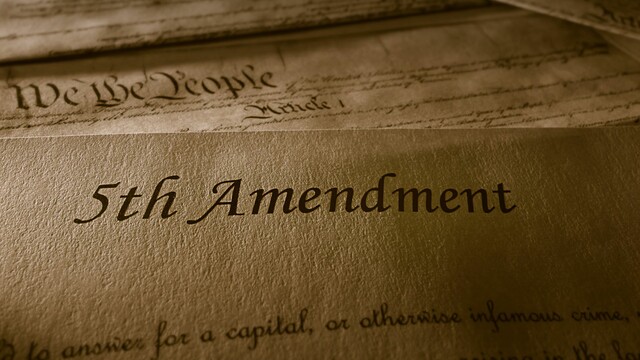 This is the first post in a two-part series.

Last year, in a presentation to a gathering of Oregon cannabis lawyers, representatives from the Oregon Liquor Control Commission (“OLCC”) and the Oregon Department of Justice (“DOJ”) took the position that there are “No 5th Amendment rights in the regulatory realm,” that “What you don’t say COULD be held against you,” and that “Remaining silent = non-cooperation.”

Is it true that the Fifth Amendment’s protection against being compelled by the state from making statements that may tend to expose yourself to criminal liability (and the related right under Article I, Section 12 of the Oregon constitution) is inapplicable in the marijuana regulatory context? Is the unconditional surrendering of your constitutional rights a condition of holding an OLCC marijuana license or worker permit? As argued below, OLCC does not have the authority to suspend the US Constitution or the Oregon constitution.

The privilege against self-incrimination is probably something that you are aware of even if you don’t know it by name. If you’ve watched any courtroom drama you have seen someone respond “I plead the fifth” when asked an incriminating question. Here is how a treatise on self-incrimination in Oregon breaks it down:

Article I, section 12, of the Oregon Constitution similarly protects the right of a person to remain silent and provides that “[n]o person shall be . . . compelled in any criminal prosecution to testify against himself [or herself].” In addition to constitutional protections, certain Oregon statutes protect a defendant’s right against compelled self-incrimination and place limits on the uses that can be made of a defendant’s statements.

The United States Supreme Court has explained the policy underlying the privilege against compelled self-incrimination as follows:

By its very nature, the privilege is an intimate and personal one. It respects a private inner sanctum of individual feeling and thought and proscribes state intrusion to extract self-condemnation. Historically, the privilege sprang from an abhorrence of governmental assault against the single individual accused of crime and the temptation on the part of the State to resort to the expedient of compelling incriminating evidence from one’s own mouth.

While both the US Constitution and the Oregon constitution’s provisions against self-incrimination by their terms appear to only speak to criminal proceedings, Federal and state case law have uniformly held that the privilege can be raised in any proceeding, whether civil, criminal or administrative, where testimony is compelled by law, which seems to run counter to the statements made by OLCC and DOJ representatives last year. Just take a look at how the Oregon Supreme Court presented this issue in Empire Wholesale Lumber v. Meyers, 192 Or App 221, 225-226, 85 P3d 339 (2004):

The United States Supreme Court has held that the privilege to be free from state-compelled self-incrimination may be asserted in "any proceeding, civil or criminal, administrative or judicial, investigatory or adjudicatory; [to] protect[ ] against any disclosures that the witness reasonably believes could be used in a criminal prosecution or could lead to other evidence that might be so used."

Under Oregon law, the privilege to refrain from incriminating yourself is recognized as an evidentiary privilege in civil and criminal courts. See Oregon Evidence Code (“OEC”) Rule 514 (reserving privileges created by the Oregon constitution); John Deere Co. v. Epstein, 307 Or 348, 356 n8, 769 P2d 766, 770 (1989) (“OEC 514 refers only to state privileges; however, the Fifth Amendment is applicable to state court proceedings”). Similarly, OEC 513 prohibits a trier-of-fact from drawing a negative inference for a person’s invocation of their privilege against self-incrimination. John Deere Co., 307 Or at 354.

In my next post I will examine how the privilege against self-incrimination applies specifically to OLCC marijuana licensees.