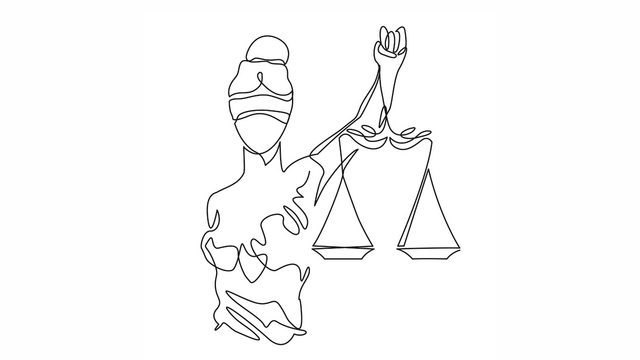 Last week the Texas Board of Pardons and Paroles recommended  that George Floyd posthumously receive a full pardon for his 2004 drug conviction. Former Houston Police Department (HPD) officer Gerald Goines, who arrested George Floyd in 2004, is currently awaiting trial on two counts of felony murder stemming from a botched 2019 drug raid in which prosecutors allege Goines knowingly provided false evidence to obtain a no-knock warrant. Since this revelation,  more than 160 drug convictions tied to Goines have been dismissed  by Texas prosecutors and another 1,400 criminal cases are under review. The unanimous recommendation to pardon George Floyd has been forwarded to Texas governor Greg Abbott for a final decision. The Texas Republican governor must now decide whether to clear the drug conviction that forever changed the path of George Floyd’s life, which ended with his tragic death at the hands of Minneapolis law enforcement.

Harris County District Attorney Kim Ogg wrote a letter to the Texas Board of Pardons and Paroles in April 2021 recommending that George Floyd receive a posthumous pardon. In February 2004, then Houston resident George Floyd was arrested for allegedly selling $10 of crack cocaine to a police informant who later sold the drugs to officer Goines. The alleged informant was never arrested or identified. Based on officer Goines’ testimony Floyd was indicted, and subsequently convicted and sentenced to 10 months in jail.

District Attorney Ogg’s letter to the Texas Pardons and Paroles Board goes on to explain that in January 2019, officer Goines was involved in a botched drug raid that left two citizens dead and four HPD officers wounded, including Goines himself. Harris County prosecutors now contend that Goines made false statements under oath to obtain the warrant for the raid. Ogg states in her letter to the Texas Pardons and Paroles Board: “Former officer Goines is not credible. We do not support the integrity of Mr. Floyd’s conviction and agree these circumstances warrant a posthumous pardon.”

On January 28, 2019, HPD officers executed a no-knock raid at a home in the Pecan Park area of southeast Houston in search of heroin. The homeowners, Dennis Wayne Tuttle and Rhogena Ann Nicholas, as well as their dog, were shot and killed by HPD officers during the raid. No heroin was found in the home and the “informant” who was the source of the information relied upon in the application for the no-knock warrant could not be located afterward. Goines later claimed there was no informant, and that he purchased heroin from the residence himself.

According to the initial account of HPD officers, the officers shot the victims because Tuttle was armed with a gun and Nicholas was reaching for an officer’s weapon. Families for the victims hired a forensic team to independently investigate the scene. The forensic team found no evidence that the victims fired at the officers but found evidence suggesting that police standing outside the home fired blindly into the residence.

On August 23, 2019, Goines was charged under Texas state law with two counts of felony murder. A fellow officer, Steven Bryant, was charged with tampering government documents for trying to help Goines in covering up the illegal obtained no-knock warrant. Both were arrested by the FBI a few months later in November 2019 with Goines being indicted for federal civil rights violations and obstruction of justice for falsifying government records.

Former HPD officer Steven Bryant would eventually plead guilty to a federal charge of falsifying government records. He admitted to doing so to protect former officer Goines. Bryant explained that during the raid he found the search warrant in the home and realized that Goines lied about making a heroin buy at the residence. Bryant then wrote a supplemental report falsely claiming to have accompanied Goines during the buy. During the attempted coverup Bryant claimed that heroin found in Goines’ car was from the alleged drug purchase, but the HPD now says that the heroin was from a different raid in which Goines also provided false information to obtain a warrant.

In January 2020, a Texas grand jury indicted Goines for felony murder and tampering with government documents. A press release from the Harris County District Attorney’s Office alleges that former officer Goines misrepresented the drug activities of the raid victims and lied about other information that was needed to obtain the no-knock warrant. Goines faces up to 99 years or life in prison for these charges. Since then, six additional former HPD officers have been indicted on 17 different counts relating to their roles in the botched drug raid.

The Continuing Threat of the War on Drugs

Texas Governor Greg Abbott must now decide whether to grant the posthumous pardon for George Floyd. The deaths of George Floyd, Dennis Wayne Tuttle, and Rhogena Ann Nicholas show that the dangers posed by law enforcement through the War on Drugs are still very real and a defining civil rights issue of our time.