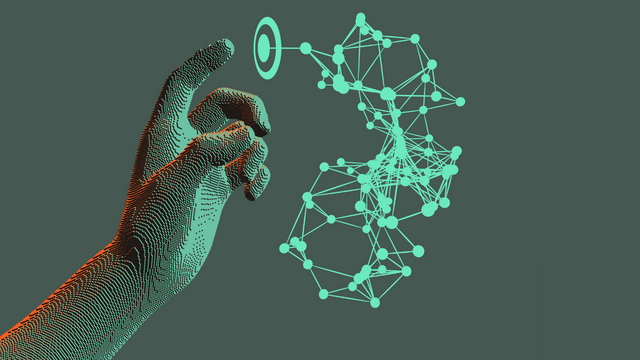 The first proposed regulations issued by the OLCC were essentially a blanket ban on all artificially derived cannabinoids. Industry push back was substantial, as they believed the intention of the RAC and HB 3000 was not to create an across-the-board ban on all products, but to focus on regulating intoxicating products like delta-8 THC that possess unknown health consequences and were getting into the hands of children.

OLCC in response promulgated OAR 845-025-1310 to create an approval process for artificially derived cannabinoids. The approval process is so onerous however that it makes little economic sense for producers to get their products approved. Even for more popular products like CBN, only the most well financed companies can afford to go through the process and obtain the requisite “Generally Regarded as Safe” (GRAS) determination from the FDA. Marijuana licensees in Oregon have until July 1, 2022, to sell off their inventory of artificially derived cannabinoid products that do not receive approval via OAR 845-025-1310 (a special deadline of July 1, 2023, applies to CBN).

Opponents of these regulations may challenge them in court. An interesting argument relates to the dormant commerce clause; a doctrine federal courts created that prohibits states from enforcing laws that excessively burden interstate commerce. A compliance bulletin issued by OLCC explicitly states the regulations do not impact the export of hemp products from Oregon, only import and sale within the state. By cutting off imports to the state while allowing export, and given the massive revenue from the sale of artificially derived cannabinoids, Oregon’s regulations may cause the type of impact on interstate that implicates the dormant commerce clause.

Sections 40-45 of HB 3000 created a mechanism for the Oregon Department of Agriculture (ODA) to partner with OLCC to develop a methodology for inspecting hemp fields to determine whether registrants were compliant or illegally growing marijuana. From there the agencies launched “Operation Table Rock,” and law enforcement was quickly invited to tag along. At an OLCC Commission hearing in September of 2021, OLCC Senior Director of License and Compliance Rich Evans (who previously spent decades in law enforcement) stated, “[W]e had to set up interagency agreement with the Jackson and Josephine County Sheriff’s Office, the Oregon State Police, the Medford Police Department, and the Oregon Department of Agriculture… we treated this just like a normal law enforcement operation in that we did threat assessments for every location that we went to.”

The main byproduct of Operation Table Rock is an often-cited statistic that 58% of tested cites failed the “presumptive testing” system created by ODA and OLCC. Our previous posts on Operation Table Rock (Part I and II) explain how this statistic is almost certainly false and how senior OLCC personnel placed their thumb on the scale to inflate the statistic. Despite the questionable testing methodology, both Democratic and Republican legislators requested that Governor Kate Brown use the new power granted to her under Section 44 of HB 3000 to order the Oregon National Guard to provide assistance in dealing with illegal marijuana grows. The National Guard was never called, but the Oregon legislature passed Senate Bill 893 during a special session in December of 2021 to allocate $25 million for law enforcement to combat illegal marijuana farms.

Another piece of legislation that rode the coattails of Operation Table Rock was Senate Bill 1564 (2022), which gives Oregon counties the ability to enact local moratoriums on the issuance of hemp licenses. Both Jackson and Josephine counties, the leading hemp producers in the state, quickly enacted local moratoriums. Law enforcement’s stated desire behind the moratorium was to cut down on the total number of cannabis fields so they can readily identify what fields are hemp and what are unlicensed marijuana grows. This despite the fact Section 40 of HB 3000 requires OLCC to provide law enforcement a map of all registered hemp and marijuana premises.

What is even more troublesome is that in a legislative committee hearing on SB 1564, Jackson County Sheriff’s Officer Nathan Sickler testified that the 58% statistic from Operation Table Rock is likely closer to 75% based on “anectodical” evidence. There was little explanation how law enforcement reached this conclusion, which stands in stark contrast to an Oregon State study finding that 93% of registered harvest lots tested compliant in 2020.

The provisions of HB 3000 just discussed are set to expire on January 1, 2024. Whether or not the provisions are reenacted likely turns on an upcoming report from the Task Force on Cannabis-Derived Intoxicants and Illegal Cannabis Production. The Task Force (created by HB 3000) held its first meeting in May, and following the meeting, headlines circulated highlighting claims from Oregon law enforcement that “cartel-financed” illicit grows are expanding and turning to large indoor grows. The Task Force will complete a legislative report by the end of 2022, and legislators will likely rely on the report’s findings in considering legislation for 2023.

HB 3000 passed with support from both political parties and the hemp industry. The consequences of the legislation were likely unforeseeable to those supporters, and the fallout from the legislation will continue for years. Here are four take aways I see that the industry and legislative supporters should consider in future efforts: