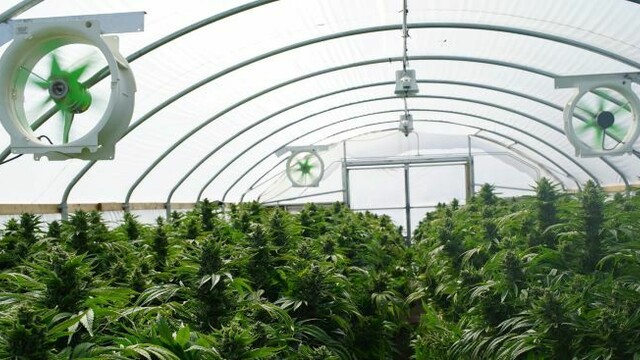 In my Reefer Madness 2.0 post, I referenced that one aspect of the war on cannabis in Southern Oregon are citations for exorbitant fines levied against landowners alleging that the construction of hoophouses and greenhouses require building permits. Jackson County is running afoul of appellate decisions that the county itself is a party to, such that code enforcement appears to be willfully flouting the law in issuing these citations.

Until this year, the construction of temporary hoophouses, and even permanent greenhouses that have no electricity or plumbing have long been recognized by Jackson County, as being a permitted use in zoning that allows farming practices as of right. However, at some point this year, Jackson County code enforcement began taking the position that hoophouses and greenhouses (code enforcement observes no distinction between the two) intended for marijuana or hemp production require land use approval and building permits prior to being constructed. Jackson County is presuming that any hoophouses or greenhouses that are being constructed are for hemp or marijuana grows, even when there are no plants in them yet. In addition, code enforcement is issuing citations not only to landowners, but also to consultants whose sole connection to the greenhouses is helping prospective hemp growers with their ODA applications with no control over what their clients are doing.

In general, the Jackson County citations are alleging that the hoophouses and greenhouses were constructed without building permits they allege are required by JCC Chapter 1420, which incorporates Oregon law establishing the state’s structural specialty code. These citations are typically accompanied by separate citation, with a separate case number, alleging a violation of Jackson County’s Land Development Ordinance (LDO) Section 1.8.1 with handwriting stating something to the effect of a failure to obtain “land use approval.” While these two allegations could be made in a single form, it appears code enforcement is using two separate citations in the hope that one of them might be misplaced or forgotten so that they can win by default. It’s a shady practice, if you ask me.

These citations require a personal appearance by the cited person, often just a week after they receive notice. The citations are also hand-written and easy to misinterpret resulting in mix ups, such as the cited person showing up on the wrong day. If they fail to show up on the correct day, unclear handwriting notwithstanding, the Jackson County hearings officer simply issues an order on default generally affirming citations. Even in default circumstances, there are appeal rights available, but the timeline for filing the appeals, and even the proper venue for such appeals, completely depends on the content of the hearings officer’s order. In other words, if you have been held in default, it is important to contact a lawyer immediately.

On the substance, and as referenced in my Reefer Madness 2.0 piece, the allegations of violations are completely hollow. As to the alleged requirement to obtain a building permit for greenhouses, Oregon law (ORS 455.315) specifically exempts agricultural buildings from the state specialty code. JCC Chapter 1420’s cross-reference to ORS Chapter 455 generally incorporates that exemption as a matter of county code as well. Indeed, in 2016, Jackson County was a party to a proceeding in the Land Use Board of Appeals (LUBA), the administrative body that hears most appeals of land use decisions by county and city governments, that involved the application of ORS 455.315’s building permit exemption to greenhouses. Gross v. Jackson County, 74 Or LUBA 563 (2016). In that case, LUBA held that there was no question that a greenhouse used or intended to be used for growing crops on a farm was exempt from JCC Chapter 1420’s building permit requirement. Jackson County appealed that decision to the Oregon Court of Appeals, which affirmed LUBA’s decision without a written opinion. In issuing citations for hoophouses or greenhouses for purposes of marijuana or hemp production, Jackson County code enforcement is openly flouting Oregon law, including decisions of LUBA and the Court of Appeals where Jackson County was a party quite recently.

The allegations that the construction of hoophouses and greenhouses violates an alleged requirement for “land use approval” is a bit more nuanced and depends on the zoning of the land. For example, in RR-5 zones, as was the case in Gross v. Jackson County, the county can permissibly require land use approval even though the construction doesn’t require building permits. However, the vast majority of cases I am seeing involve land that is zoned for exclusive farm use (EFU). Under Oregon law, the regulation of EFU land is primarily the function of the state, at least for uses that are allowed by state law, the Oregon Supreme Court has interpreted state law to preclude counties from enacting or applying legislative criteria of its own, including requiring prior county approval before putting EFU land to use as allowed under state law. Brentmar v. Jackson County, 321 Or 481, 496, 900 P2d 1030 (1995). Notably, Jackson County was also a party to that Oregon Supreme Court case. State law allows the construction of “buildings customarily provided in conjunction with farm use” as of right in EFU zones, and there can be no question that greenhouses and hoophouses qualify. Indeed, their use in farms other than hemp or marijuana grows is rather ubiquitous and uncontroversial.

Jackson County code enforcement appears to have eschewed everything it used to know about the right of farmers to construct hoophouses and greenhouses on EFU land in the larger quest to make the production of hemp and marijuana as onerous as possible. If you have received a citation for the construction of greenhouses or hoophouses, it is important to seek immediate legal advice to weigh your options to fight back.