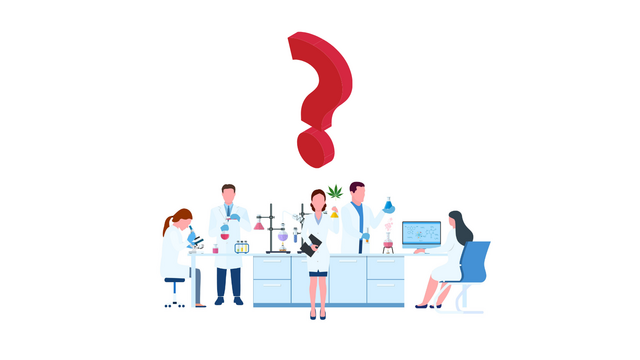 As noted in Brett Mulligan’s update on OLCC’s Operation Table Rock, and OLCC’s own press release on the subject, preliminary results from OLCC’s presumptive testing program for hemp grows, as authorized by HB 3000, showed that 58% of samples collected from 212 registered hemp grows tested above the limits established by OLCC’s temporary rule for THC content. In other words, according to OLCC, 58% of registered hemp grows were actually growing marijuana, not hemp.

This eye-popping statistic is rather shocking, given that as of December 2020, 93% of registered harvest lots of hemp fields detected below the legal limit of THC allowed in hemp (0.349%), according to a study by Oregon State University. Did the majority of Oregon’s registered hemp growers suddenly decide to start growing marijuana this year? If not, what accounts for this wide disparity in test results between 2020 and 2021?

One possible answer is that the data used by OLCC in their press release, and relied upon by ODA to issue orders detaining and eventually destroying wide swaths of this year’s hemp crop, is wildly different from the 2020 data analyzed by OSU, which reviewed results from preharvest testing conducted by laboratories licensed by OLCC and certified by OHA. Indeed, it turns out, based on information revealed by OLCC’s new Director of Compliance, Jason Hanson, at a recent virtual gathering of the Oregon State Bar’s Cannabis and Psychedelic Law section, that OLCC’s data is based not on laboratory results, but rather the results of a rapid field testing unit used by law enforcement. There is little, if any data, that has been revealed publicly about the reliability of these field testing units, which appear to have been purchased by OLCC from a company based in New Hampshire.

Furthermore, OLCC’s press release referred to the highest sample they collected testing at 32.9% THC, but ODA personnel later confirmed that laboratory preharvest testing performed at the same site came back fully compliant (in that the crop tested at or below 0.3% THC). ODA personnel stated that they were still investigating how such a wide disparity resulted between OLCC’s field test and the laboratory results, but this suggests that either the field testing unit was mis-calibrated or there was something amiss with OLCC’s chain of custody (i.e., the sample that they said came from the field that tested clean in a laboratory test actually came from some other field).

Despite these outstanding questions, ODA is forging ahead, relying on OLCC’s questionable sampling and field testing protocol, by issuing Notices of Detainment to registered hemp growers in Oregon. These Notices of Detainment have the effect of stopping all harvest activity in its tracks while the growers go through an administrative process that can take several weeks to resolve, at great cost to the growers. Those that don’t go through the administrative process are ordered to destroy their crop in its entirety, even for areas that OLCC didn’t sample.

Section 41a of HB 3000 delegated to OLCC, in consultation with ODA, the task of developing testing criteria and methodology for determining whether a cannabis plant is marijuana or hemp. And while OLCC’s temporary rule adopted in July sets forth several THC thresholds based on a percentage of THC detected, there is nothing in that rule that authorized OLCC or ODA to rely on testing other than a laboratory test. Further, there are several provisions of HB 3000 that indicate that the legislature assumed OLCC would be relying on laboratory tests.

OLCC’s lack of transparency regarding its decision to abandon laboratory tests in favor of rapid field testing of unknown reliability for its presumptive testing regime raises even more questions. But these questions will not be answered fast enough for hemp growers affected now.

If you have received a Notice of Detainment from ODA covering your hemp crop, and citing presumptive testing as the reason, it is important that you read that document fully and immediately contact an attorney, because there are significant and onerous time limits that can affect your rights to harvest your crop.