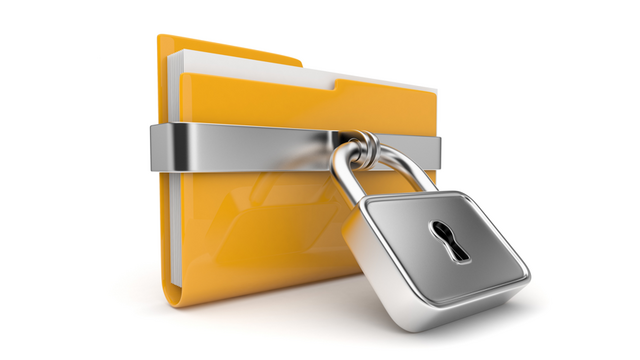 In a recent contested case hearing I participated in, the OLCC’s case presenter (the term used for the agency’s representative at the hearing who is the rough equivalent, but with significant limitations, of a prosecuting attorney) referenced a document that was given to him during settlement discussions. The document itself included a legend on each page declaring it to contain confidential financial information that may not be exploited in any manner without my client’s consent. When I objected on the grounds that statements made and documents exchanged during settlement discussions are inadmissible, the case presenter argued that all settlement discussions are admissible in contested case proceedings.

My colleague, Jesse Mondry of Harris Bricken recently wrote very ably about how OLCC’S policy of disclosing settlement discussions is terrible public policy as, “it strongly disincentives attorneys and licensees from engaging in frank and open discussions with OLCC on resolving an alleged rule violation.” I agree with these statements wholeheartedly, and in addition to being bad policy, I strongly believe that OLCC’s position is at odds with the law. While it is true that Rule 408 of the Oregon Evidence Code does not, by its terms, apply to contested case proceedings (because the Oregon Evidence Code generally only applies to proceedings in Oregon circuit courts), that is not the end of the analysis.

Administrative contested case proceedings in Oregon are creatures of statute. The legislative design is for contested case proceedings to be a more-or-less adversarial process but without the formalistic trappings of a case in court. Their purpose is primarily to provide due process to citizens and businesses who interact with state agencies prior to an agency decision taking effect and are intended to proceed more swiftly than civil or criminal proceedings in court. While most of the procedures are provided by administrative rules promulgated by the Oregon Department of Justice, statutes provide for the basic framework of these procedures. One of these statutes, ORS 183.450(1), provides that “Agencies and hearing officers shall give effect to the rules of privilege recognized by law.” While many evidentiary privileges are found in Rules 503 to 514 of the Oregon Evidence Code, that is not the sum of “the rules of privilege recognized by law” that ORS 183.450(1) refers to.

The inadmissibility of settlement discussions that Rule 408 outlines was actually a codification of a pre-existing common law privilege that the courts enforced regularly before the Oregon Evidence Code was codified in 1981. Oregon appellate cases that pre-date the codification of the Oregon Evidence Code held unequivocally that settlement offers are “privileged communications” as early as 1937. See Blue v. City of Union, 159 Or 5 (1938), citing Dalk v. Lachmund, 157 Or. 152 (70 P.2d 558). The legislature first adopted the “rules of privilege recognized by law” language that appears in ORS 183.450(1) in 1957, thus, there can be no question that the concept of inadmissibility of settlement communications was recognized by law as a rule of privilege in 1957. Indeed, we need look no further than the Oregon Supreme Court itself, writing in 1957:

In other words, OLCC’s position that there is no legal prohibition on the admission of settlement negotiations is not legally tenable because the settlement communication privilege must be recognized by the agency under ORS 183.450(1), because it is a “rule of privilege” under well-established case law and pursuant to statute.

There are some silver linings, however. In my case, the administrative law judge (ALJ) ruled that settlement discussions at issue were indeed inadmissible. Additionally, following this experience, I have learned that not all OLCC case presenters are willing to take this position. But the bottom line is, as demonstrated in my previous posts, OLCC is not shy about taking questionable legal positions. It is incumbent upon the lawyers who represent licensees before the OLCC to rigorously defend their clients’ procedural and substantive rights which OLCC seems all too eager to disregard.

In subsequent discussions with this case presenter, regarding a different case, I have presented a truncated version of the argument above. However, rather than take a hard look at the case law and statutory analysis, particularly following the rebuke of his position by the ALJ, the case presenter has claimed that his position is well-established policy of OLCC. Following this, my colleague, Andrew DeWeese, followed up with Kelly Routt, Director of the OLCC’s Administrative Hearings Division, and shared with her our full analysis. Ms. Routt confirmed that the case presenter’s representations reflect OLCC’s policy, and explained that the only privileges OLCC recognizes are those specifically mentioned in Rules 503 to 514 of the Oregon Evidence Code. Ms. Routt also assured Mr. DeWeese that, as a matter of policy, she did not believe that a case presenter would ever present evidence, at a hearing, of statements made and information exchanged expressly for purposes of settlement. Ms. Routt’s statements are difficult to reconcile with the fact that in my case, the case presenter did exactly that.

One must wonder what the purpose of this policy of presumptive admissibility is, particularly when the policy is not made known to the public or the bar until after settlement disclosures have been made. The only purpose I can glean from my experience, which is not unique, is to attempt to gain an unfair advantage over licensees, worker permittees and applicants. In other words, this is a policy which enables, and indeed appears to encourage, abuse of the adversarial contested case process and only serves to discourage meaningful settlement discussions. The OLCC’s Commissioners should review this practice and put an end to it immediately.