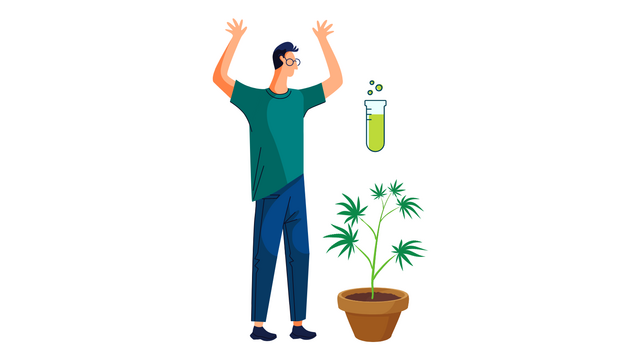 As predicted in our first Operation Table Rock post, Oregon law enforcement is leveraging misleading hemp enforcement statistics to seek more taxpayer money for further criminalization of the marijuana industry. Oregon voters may believe that they have ended the War on Drugs at the ballot box, but Oregon’s law enforcement community, with a heavy assist from the Oregon Liquor and Cannabis Commission (OLCC), apparently has other plans. Last week it was revealed that the Jackson County Sheriff’s Office is requesting $7 million from the Oregon legislature for increased marijuana enforcement. Jackson County Commissioners previously declared a state of emergency and asked Governor Kate Brown to deploy the Oregon National Guard to assist the county in shutting down illegal cannabis grows.

Oregon state Senate President Peter Courtney (D) supports the call for deployment of the Oregon National Guard and U.S. Representative Cliff Bentz (R) made a request to U.S. Attorney General Merrick Garland for federal law enforcement support in shutting down illegal grows in southern Oregon. The basis for these calls leads back to the widely reported theory that Oregon’s hemp program is a cover for illegal marijuana grows ran by “foreign” cartels. However, this theory is based on misrepresentations from the OLCC, and law enforcement and their political backers are intentionally using this misinformation to get more funding to continue the War on Drugs in Oregon.

Oregon House Bill 3000 (HB 3000) empowered the OLCC and the State Department of Agriculture (ODA) to investigate Oregon’s hemp licensees and tasked the agencies with creating a methodology for determining whether these licensees were growing hemp or marijuana. The OLCC and ODA used this new authority to conduct Operation Table Rock and reported that 58 percent of hemp licensees failed “presumptive testing.” A sudden change from last year’s 93 percent pass rate. The 58 percent fail statistic is widely cited by the agencies, law enforcement, and the media as evidence that Oregon’s hemp program is simply a disguise for illegal growers. However, this 58 percent statistic is almost certainly incorrect.

HB 3000 did not create the standards for testing under Operation Table Rock. Instead, the OLCC promulgated their own temporary administrative rules within hours of the Governor’s signing of HB 3000. The OLCC created “presumptive testing” for conducting field testing of hemp grows. The agency used portable LightLab testing units that are of questionable accuracy with instances of samples testing 30 percent THC in the field, but zero percent in follow-up laboratory testing. The company that produces these machines, Orange Photonics, sells almost exclusively to law enforcement and charges over $13,000 per machine. Orange Photonics sold a total of 7 of their LightLab testing units to OLCC over the summer, with a total price tag of nearly $100,000 in taxpayer money, with most of them purchased before HB 3000 had even been voted on by the legislature.

According to Orange Photonics’ own literature, the LightLab machines are designed with the goal of producing the highest THC result possible, and the step-by-step guide advises its law enforcement users as to how to select the most potent parts of a cannabis plant for selective testing. False positives also occur when operators fail to use the LightLab machines correctly or fail to heed Orange Photonics’ warning about the lack of reliability of using certain settings. On this point, only recently did we learn that while Operation Table Rock’s procedural manual instructed OLCC’s inspectors to dry their samples in a food dehydrator prior to testing to ensure a reliable result, OLCC’s Senior Director of Licensing and Compliance, Rich Evans, verbally countermanded the official policy and instructed inspectors to test the samples without drying them. The LightLab unit’s manual states that doing so is sufficient to allow a “ballpark result” because by doing so an unquantifiable moisture content variable is introduced that can throw off the results by 33% or more. Orange Photonic’s founder testified at a recent hearing that LightLab’s moisture content assumption for its wet plant testing settings presumed that the testing would occur within an hour of sample collection, yet OLCC did not do that. Instead, OLCC was placing the samples in paper bags (a desiccant) and placing them in the covered bed of a truck for several hours in 90 degree heat. Even a 5% overstatement in the assumed amount of moisture content could render a grower’s compliant sample non-compliant under these circumstances, thereby placing the entire crop under mandatory orders to detain and destroy the crop.

What’s more worrisome is what appears to be an ever-expanding relationship between the OLCC and law enforcement, whose hostility to cannabis legalization is well-known. At an OLCC Commission hearing on September 23, 2021, OLCC Senior Director of Licensing and Compliance Rich Evans explained, “We had to set up interagency agreement with the Jackson and Josephine County Sheriff’s Office, the Oregon State Police, the Medford Police Department, and the Oregon Department of Agriculture… we treated this just like a normal law enforcement operation in that we did threat assessments for every location that we went to.”

Mr. Evans was in law enforcement for over thirty years prior to joining the OLCC and is just one of many agency employees with strong ties to law enforcement. Another OLCC inspector who has a law enforcement background resigned as an Oregon State Police trooper after pleading guilty to breaking into his ex-wife’s house to steal a phone. At the September 23 Commission hearing Rich Evans pleaded for more money to expand drug enforcement operations to Tillamook and Deschutes County. OLCC’s close relationship with law enforcement creates an appearance of partiality and bias, and the agency’s telegraphed actions of using hemp enforcement as a guise for more law enforcement funding leads to an appearance of collusion with the very forces who have been vocally opposed to cannabis legalization. Why is the leading cannabis regulatory agency in a state that is supposedly setting a progressive example on drug policy so cozy with such fundamentally anti-cannabis forces?

Hemp growers who received violation notices related to Operation Table Rock for the most part did not contest their cases or seek preharvest testing to rebut the findings of the LightLab machines. The cost of contesting a case was too great for many growers, and the request for preharvest testing to rebut presumptive testing was required to be made within just three days of a licensee receiving their notice, and without any opportunity for the growers to mitigate their losses if the initial preharvest test results came back non-compliant. Most growers therefore either decided to just settle and destroy their entire crop, or missed the very narrow timeframe to contest the LightLab testing and therefore lost their entire crop by default.

Operation Table Rock could not have occurred at a worse time for growers, as the operation took place right before the peak of the hemp harvest season. Whenever a field sample failed presumptive testing the licensee’s entire crop would be declared presumptively marijuana and subject to detainment. Growers who couldn’t afford to fight the agency simply settled and their crops were destroyed. Those who could afford to contest their case also lost their crops as they eroded in detainment pending trial. This was likely all by design.

The War on Drugs… To Be Continued

Jackson County plans to spend the requested $7 million hiring new detectives and staff for the county’s District Attorney’s Office. Little is known if these enforcement actions will focus on high level cartels and the intricate financing and supply routes that enable them to work, or if law enforcement will revert to War on Drugs tendencies of targeting migrant workers and people of color, although if the very recent past is prologue we likely already know the answer. It’s clear the War on Drugs is not over in Oregon, and ideals of state rights and local government control will be set aside for the sake of law enforcement funding and continued prohibition.