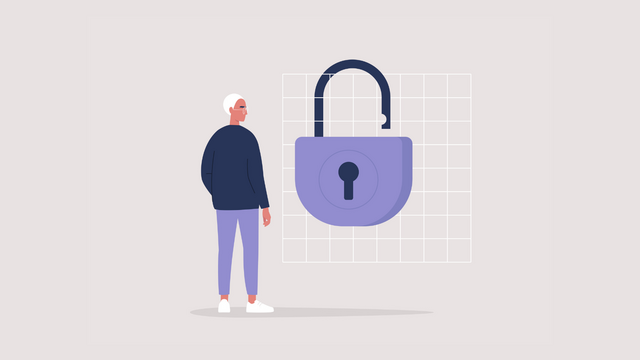 As noted in my previous posts this summer, law enforcement in Southern Oregon has been bitten by the Reefer Madness bug, and the heated rhetoric has been fueled in no small part by Oregon Liquor and Cannabis Commission (OLCC) officials. While it seems relatively clear that there has been a noticeable uptick in the amount of outright illegal marijuana grows in recent years, OLCC’s role in this trend should not go unnoticed.

Indeed, a straight line can be drawn between OLCC’s recreational marijuana licensing “pause” it instituted in the summer of 2018, OLCC’s efforts to hype an “overproduction” problem that convinced the legislature to pass the producer application pause in SB 218 (2019), the federal government’s legalization of hemp, and the rise in illicit marijuana grows in Southern Oregon.

In November 2014, Oregon voters passed Measure 91 by a 12-point margin, thereby sending a strong signal to politicians that the vast majority of voters wanted to end cannabis prohibition in its entirety. Oregon legislators who worked on the bill to conform Measure 91 in statute have stated that one of the main goals behind Oregon’s recreational cannabis system was to “undermine the dominance of the black market for this product.” Ken Helm & Logan Leichtman, Implementation of Oregon’s Measure 91 in the State Legislature, 52 Willamette L. Rev. 1, 13 (2015).

To that end, the legislature included a requirement that OLCC process recreational cannabis applications without “unreasonable delay,” and otherwise made the barriers to licensure lower than the system our neighbors to the north in Washington instituted. In other words, the Oregon voters and Legislature spoke to OLCC in a unified voice: Oregon is to be open for cannabis business to all qualified applicants. OLCC began issuing recreational cannabis producer licenses in 2016.

While the barriers to entering the legalized cannabis market in Oregon are lower than they are in Washington, that is not to say that they are non-existent. In order to apply for a producer license, an applicant must first secure a properly zoned location and be prepared to hold it for the duration of the application process – as the application process went from a few months in 2016 to two years or more currently, the holding costs of paying rent, property taxes and other expenses while not being able to put the property to its intended use has priced most modest applicants out of the market completely.

Compounding the matter was OLCC’s announcement on May 30, 2018 that it would pause the processing of all applications submitted two weeks later. This OLCC action left hundreds of recreational cannabis applicants and prospective applicants, many of whom had raised funds from friends and family, holding the proverbial bag – they had invested their money into securing property, many of them in Southern Oregon where the climate, soil and access to water makes production of cannabis ideal, but were effectively locked out of the market for years with practically no notice. What would a rational economic actor do in this situation?

THE MYTH OF OVERSUPPLY

The June 15, 2018 licensing pause triggered a lot of criticism both in the cannabis applicant pool and among licensees. In response OLCC concocted a post hoc rationalization for the pause by claiming that there was as much as a six-year oversupply of marijuana produced by licensees in the first two full years of the program. OLCC beat the “oversupply” drum to such an extent that they convinced the legislature to enshrine their application pause for recreational cannabis producer licenses for over two years, resulting in the passage of SB 218 on June 17, 2019. However, shortly thereafter, cannabis industry professionals began questioning OLCC’s math, and businesses on the ground noted an almost immediate uptick in the wholesale price of legal cannabis after the passage of SB 218, resulting in a scarcity of product and increasing consumer prices. The supposed “six-year oversupply” seemingly vanished overnight (because it never existed).

THE RISE OF LEGAL HEMP

At the same time, hemp was newly legalized at the federal level, and Oregon had expanded its pilot program for industrial hemp. Given the rise in popularity of CBD, a cannabinoid believed to deliver medical and/or palliative benefits without the intoxication of THC, many of the prospective cannabis producers that were swiftly locked out of the market by OLCC in 2018, which the legislature ratified and confirmed would endure until at least January 2022, made the pivot to growing industrial hemp for the national CBD market.

However, it appears that others simply began establishing illegal marijuana grows in Southern Oregon, both under the cover of the industrial hemp program and completely outside of it, and cashed in on the interstate illicit market for cannabis as a method of covering or avoiding their losses. And apparently, the international drug cartels noticed and began establishing their own foothold in Southern Oregon in 2020 and 2021.

With the benefit of hindsight, this progression to the untenable situation that presented itself in Southern Oregon was, in my opinion, completely predictable. With little more than two weeks of warning, OLCC shut the door to entrepreneurs who had every intention of operating legally and forced the hands of those who stood to lose their life savings and those of family and friends as a result of OLCC’s drastic action. This action, coupled with OLCC’s successful but ultimately deceitful campaign to convince politicians that we had an oversupply problem has a direct connection to the rise in the illicit marijuana market in Southern Oregon.

OLCC would do well to consider the unintended consequences of their actions in artificially restricting the legal cannabis industry in the future and consider the responsibility they bear for the current problems plaguing the industry.

Please contact our office in Medford, Oregon if your marijuana business is in Southern Oregon. You can contact Kevin Jacoby at info@gl-lg.com or 503-488-5424.