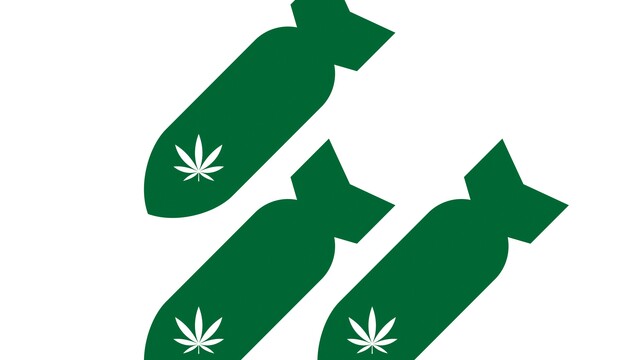 Senate Bill 1564 (Oregon Hemp License Moratorium Bill) is on the fast track to passage and will impose a moratorium on hemp licenses in counties that declare a “state of emergency” related to cannabis and request the Oregon Department of Agriculture (ODA) to deny the issuance of grower licenses in their jurisdiction. Jackson County declared a state of emergency related to cannabis on October 13, 2021. It’s therefore likely that Jackson County, as well as other southern Oregon counties, will soon impose hemp license moratoriums, as SB 1564 is currently on the fast track to passing.

SB 1564 was originally introduced as a blanket moratorium on the issuance of hemp producer licenses. The bill passed committee with an amendment that narrowed the moratorium to only include counties that declare a state of emergency related to cannabis that also ask ODA to not issue hemp licenses in their jurisdiction. The only statutory requirements for declaring the state of emergency are that the duration include the entire growing season for industrial hemp (as determined by ODA), and the declaration must include a statement that imposing a moratorium in the jurisdiction will alleviate the conditions giving rise to the declaration. In essence, the legislature is giving counties which have a demonstrated hostility towards all forms of cannabis, whether legal or illegal, a blank check to bring hemp production in their jurisdiction to a screeching halt.

SB 1564 does not provide for any kind of legislative or judicial oversight to test the seriousness or veracity of a county’s claim that there is a state of emergency related to cannabis. In essence, the measure would require only a county’s incantation of certain magic words in their declaration of emergency, and that exercise of legislative power by a county will be virtually impervious to judicial review.

When the legislature passed HB 3000 in 2021, it opened the flood gates for law enforcement to take an active role in hemp enforcement. HB 3000 allowed ODA to conduct presumptive testing of hemp crops in partnership with the Oregon Liquor and Cannabis Commission (OLCC), an agency staffed heavily by ex-law enforcement officers. HB 3000 also allowed law enforcement to accompany the agencies during presumptive testing. Police quickly used this grant of authority to vigorously escalate Southern Oregon’s War on Drugs against registered hemp growers. Further, while HB 3000 expressly required ODA to prioritize presumptive testing for hemp growers who began growing prior to receiving their grower licenses, ODA and OLCC intentionally thumbed their nose at the legislature, and instead prioritized only the growers who waited to grow until after they received their licenses, while leaving the unregistered growers’ crops untested entirely.

Using the statutory powers granted by HB 3000, ODA, OLCC, and several southern Oregon law enforcement agencies conducted Operation Table Rock by targeting registered hemp grows. The agencies and law enforcement maintain the operation revealed that around 58% of tested hemp growers were fronts for illegal marijuana grows. However, as discussed in our Operation Table Rock Part I and II posts, this number is almost certainly incorrect and law enforcement did everything they could to skew the numbers in their favor to beg the legislature for more tax payer money to fight the War on Drugs. This included intentionally selecting unrepresentative samples from a small number of only the most robust plants and testing them under conditions that they knew would introduce a large amount of error and against their own internal policies designed to avoid that error.

Law enforcement continues to leverage Operation Table Rock to build a narrative that registered hemp grows are the genesis of the problems in southern Oregon related to the illicit market. At SB 1564’s public hearing, Jackson County Sheriff’s Officer Nathan Sickler testified that the 58% number from operation table rock is likely closer to 75%, based on “anectodical” evidence. There’s no real evidence that three quarters of hemp growers in southern Oregon are fronts for illegal grows, its just another example of law enforcement testifying and lying before the state legislators. Indeed, Oregon State University conducted a study in 2020 that found that 93% of registered harvest lots of hemp tested as compliant for hemp. Nobody in the legislature seems to be asking law enforcement witnesses why they think hemp registrants suddenly decided to grow illegal marijuana in 2021 when they largely didn’t the prior year.

The narrative that registered hemp growers are the cover for illegal grows also doesn’t make sense economically. A reported submitted by economist Beau Whitney during SB 1564’s public hearing highlights statistics showing that Oregon’s hemp industry and production is in sharp decline. In just a few years, the number of licensed hemp producers and total acreage fell dramatically in Oregon. How is it then, that the increase in illicit marijuana production is covered by an industry that is seeing a dramatic decrease in licensees and production?

The fact of the matter is the legislature is giving law enforcement and other anti-cannabis interests the microphone to create a state-funded propaganda campaign that has only one clear and definitive goal: the wholesale destruction of the legal cannabis industry in Oregon. At a time when Oregon is plagued by illegal marijuana grows and all of the negative consequences those entail, making it harder to legally grow marijuana and hemp only serves to further incentivize the illicit market. In fact, anecdotal reports from southern Oregon verify that law enforcement is largely leaving the most notorious illegal grows alone, while regulators, law enforcement and county code enforcement have turned their sights on growers who have been operating legally. All of this makes the participation in the legal market inhospitable, expensive, and ultimately not profitable. From a public policy standpoint, this is pure madness.

Oregon’s bipartisan hemp moratorium is bad policy that will devastate the hemp industry, will do nothing to stop illicit grows or organized crime, and in fact will only exacerbate the conditions that created the demand for illegal marijuana production in southern Oregon. Hemp farmers testified almost universally against the moratorium bill. Law enforcement is currently the bill’s biggest supporter, and several other bills in the Oregon legislature would increase funding for marijuana enforcement and develop more tasks force to study the problems of illegal grows. This is all part of law enforcements effort to revitalize the War on Drugs that Oregon voters have repeatedly stated at the ballot box should come to an end. Oregon's Hemp License Mortarium Bill, SB 1564, stands to only hurt Oregon’s already struggling legal hemp industry.