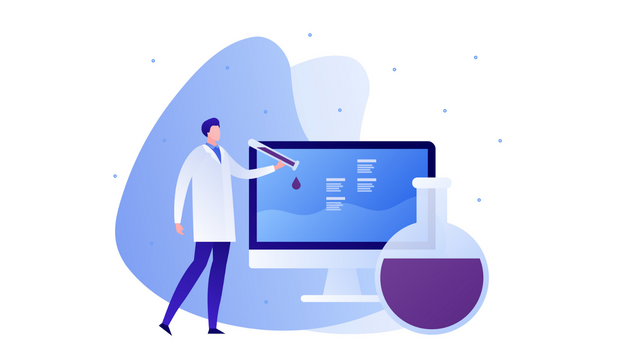 Oregon’s developing psilocybin program is nothing short of revolutionary and provides an opportunity to investigate the potential of psilocybin in treating a myriad of mental health conditions. However, the highly regulated nature of the emerging psilocybin program and outside financial interests are threatening to turn Oregon’s experiment into another cash cow for big pharma. An especially worrisome development is the efforts of pharmaceutical companies to patent psilocybin products. This blog post will explain how psilocybin patenting and other factors could make Oregon’s psilocybin program prohibitively expensive for low-income patients, and how big pharma is maneuvering to monopolize psychedelic therapy.

The Race to Patent Psilocybin

Mental health treatment is big business, with the global antidepressant drug market valued at over $13 billion in 2016. Psilocybin offers an alternative that will certainly upset this market. Big pharma is responding accordingly, and businesses are working to patent psilocybin products and stake their claim in the emerging market. Patent law in the United States won’t allow companies to patent psilocybin outright, so companies are patenting synthetic versions of psilocybin.

For example, the for-profit mental health care company COMPASS Pathways recently received a patent for its “Form A Hydrate” psilocybin product. The patent covers a synthetic psilocybin product that COMPASS developed by crystallizing psilocybin molecules and rearranging them to create a new polymorph that, the company maintains, differs from already existing synthetic psilocybin products. This small molecular change is what allowed COMPASS to receive their patent, which is their fifth granted by the U.S. Patent and Trademark Office. COMPASS also has patents in the U.K., Germany, and Hong Kong.

On December 15, 2021, the non-profit organization Freedom to Operate (FTO) filed a post-grant review filing to challenge a U.S. patent awarded to COMPASS back in March 2021. Additional lawsuits are likely coming to challenge COMPASS’s other patents, including its most recent patent for Form A Hydrate psilocybin. FTO alleges in their lawsuit that COMPASS’s “new” psilocybin product is not novel, but rather, substantially similar to existing products, and is therefore unpatentable. The chance of success in this lawsuit is uncertain, and while FTO should be applauded for their efforts, the fact the non-profit was required to fundraise almost $1 million dollars to bring the suit is an ominous warning of the difficulties advocates will face to stop questionable patent practices by for-profit companies.

Relationship Between Researchers and Private Industry

COMPASS recently published what is now the largest study investigating psilocybin’s potential for treating depression. The FDA will likely refer to this data as it considers formal approval for psilocybin therapy and products. While this research is needed to investigate psilocybin’s potential, COMPASS’s status as a for-profit company should raise red flags regarding the revolving door between some researchers and private industry.

Companies who receive patents will dictate the evolution of psilocybin treatment, as they will receive massive revenue and decide who receives licenses to use patented products. This creates an economic incentive for researchers to take the lead in the IP race for psilocybin, and then pivot to the private sector. From there, former researchers working for big pharma will dictate what products are available to patients, how treatments are accessed, and cost.

The history of ballot measures in Oregon developed from the state’s early populist leanings. The irony then for Ballot Measure 109, which was pushed with the promise of assisting veterans and people with addiction problems, is that Oregon’s psilocybin program is on course to provide little access for people of lower-income. Insurance won’t cover treatment sessions due to psilocybin’s status as a Schedule I drug. The regulatory requirements for licensure and opening a business means individual sessions will likely cost thousands of dollars. The equity subcommittee of the Psilocybin Advisory Board is doing great work to ensure equitable access, but the subcommittee’s powers are limited, and the subcommittee’s recommendation may not remain fully intact through Oregon Health Authority’s upcoming rulemaking process.

A couple solutions exist that could allow Oregon to remain a sanctuary for ethical psilocybin treatment and research. First, the federal government could pass legislation explicitly allowing states to institute residency requirements for psilocybin licenses. Supreme Court case law dictates that the Dormant Commerce Clause can be lifted in situations where the federal government expressly allows state governments to discriminate against out-of-state individuals and business. This removes the Dormant Commerce Clause problem, but would require movement from a federal government that still classifies psilocybin as a Schedule I drug. Second, the Oregon legislature could create new psilocybin research licenses that are tailored to expand opportunities for researchers who are not backed by big pharma. Bringing in these researchers would help ensure that one or two companies do not take the lead in research, patent new products, and then cut out other researchers and monopolize the market.

Patent law can encourage innovation by rewarding inventors for researching and developing novel products. Psilocybin, however, is not a new product, and its use dates back thousands of years. Findings that certain psilocybin products are only now being “discovered” ignores history, and minimizes psilocybin’s role in indigenous cultures. Research into psilocybin’s efficacy is needed, alternatives to anti-depressant drugs are needed, but predatory psilocybin patenting practices will only corner psilocybin for the very wealthy in the short term, and in the long term, create incentives to turn psilocybin into another industry that values profit over patient access.