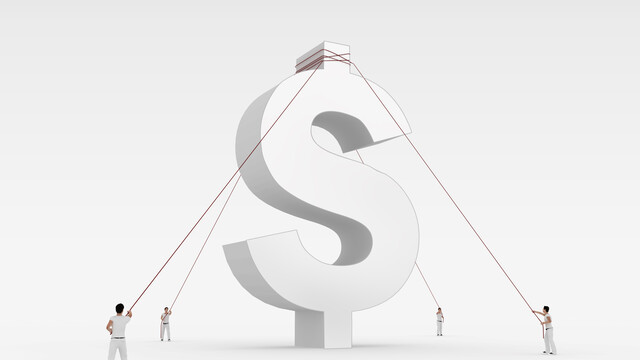 There is growing concern that psilocybin is on track to follow the development of cannabis, where the high cost of doing business means the industry is largely owned by white and wealthy business interests, with legacy operators and clients forced to remain underground. This blog post addresses how continued federal prohibition limits the accessibility of psilocybin services under Measure 109, and proposes several funding sources the state of Oregon could tap into to increase access.

Any industry dealing with a Schedule I substance runs into financing problems as most banks and lending institutions are unwilling to risk the potential civil (and criminal) liability associated with lending money to businesses dealing in substances that remain federally illegal. Many banks will not even allow these businesses to open checking accounts. In the context of cannabis, this leads many businesses to run on cash, which invites potential robbers and forces these businesses to incur additional costs for security and safes. Industries involving Schedule I substances also deal with additional tax burden, as Section 280E of the internal revenue code makes it nearly impossible to write off most business expenses from gross income, creating an effective tax rate of upwards to 70%.

Lack of funding options in a highly regulated, and therefore capital-intensive, industry makes it difficult for anyone but the very wealthy to enter the market. These barriers disproportionately impact minority owned businesses because they often lack equitable access to capital. The painful irony is that part of the capital disparity affecting BIPOC communities is directly attributable to the wealth stripping caused by the War on Drugs.

Many activists are observing this trend and are hoping to open non-profits to provide services for lower income clients. A major attraction to forming a non-profit is that gaining 501(c)(3) designation makes non-profits tax exempt and donors can write off contributions on their income taxes. However, 501(c)(3) status is not available to organizations involved in activity that is illegal or violates “fundamental public policy.” Thus, an organization providing free or sliding scale psilocybin services to clients might not receive 501(c)(3) status, as those organizations are in effect enabling the sale and consumption of a federally illegal drug. Organizations that are more removed from touching psilocybin, such as facilitator training programs, are more likely to gain 501(c)(3) status because they are not involved in distributing or handling psilocybin. Uncertainly remains however, which will likely stymie donations going towards these well intentioned non-profit organizations.

The most streamlined approach is for the state of Oregon to create a fund for financing psilocybin services, facilitator training, and service centers. Unfortunately, psilocybin’s status as a Schedule I drug presents issues. Namely, the state government likely will not allow state funds that come from or are commingled with federal grant money to go toward a psilocybin access fund, as continued prohibition could place the state’s present and future receipt of those federal grant dollars in jeopardy. Approximately 28% of Oregon’s total budget comes from federal funds.

An obvious solution is using only state tax revenue, analogous to how many states use their own cannabis tax revenue to fund equity programs. Measure 109 applies a 15% retail sales tax collected at the point of sale. The state will also collect fees for applications, licenses, and renewals. It is unclear how much revenue psilocybin taxes and fees will generate. Many people will travel to Oregon for services, and these high-income psychedelic tourists could bring in substantial revenue for the state. On the other hand, psilocybin is not the type of consumer based, dispensary model that we see with cannabis, so the tax revenue gained via psilocybin will not match what the Oregon state government receives in marijuana tax revenue.

Another outstanding issue is that Measure 109 currently allocates fees and taxes generated from psilocybin services to pay for OHA’s implementation of the psilocybin services program. Measure 109 allows OHA to set fees, but the agency lacks authority to reallocate how fee and tax revenue is spent. A change in the allocation of psilocybin revenue would need to come from the legislature, which is a difficult ask politically as OHA is currently in a budget shortfall because of the COVID pandemic.

Ballot Measure 110 was passed by Oregon voters in 2020 (the same year as Measure 109). The measure decriminalized simple possession of drugs and requires all growing cannabis tax revenue in Oregon to go toward drug treatment services. Given that psilocybin shows great potential in treating drug addiction, there is a policy argument that service centers should qualify for Measure 110 grant money. Measure 110 tax dollars presents a solid funding source as Oregon’s cannabis tax revenue is continually increasing and will explode once the federal government allows interstate commerce. The Measure 110 fund is also made up completely of state cannabis funds, removing the issue of possibly losing federal grant funding.

The intersection of Measure 110 and Measure 109 might prove the most effective way of accessing public funding in the short term. The question that needs answering is how much money traditional treatment centers need to address Oregon’s drug addiction problem. Prior to passage of Measure 110, Oregon ranked almost last in the nation in terms of spending on drug treatment services and rates of addiction. Some believe traditional treatment centers are still underfunded and need every penny, while others believe too many treatment centers are coming online with not enough patients to fill all the space. Data is not yet available to show the impact or effectiveness of Measure 110 spending, so the legislature will likely wait for initial reports to come in before they allow psilocybin service centers to qualify for Measure 110 money.

Psilocybin’s status as a schedule I drug forecloses Medicaid from directly funding psilocybin services. However, Medicaid could cover ancillary aspects of psilocybin services, such as intake and integration session, which would decrease the overall cost of receiving services.

Federal legislation is likely the only true solution to adequately increasing access to psilocybin services. The SAFE Banking act provides promise in the cannabis industry to increase funding resources and serves as a positive signal for the fledgling psychedelic industry. Psilocybin also benefits from strong bipartisan interest and breakthrough therapy designation from the FDA. Hopefully, this means the emerging psilocybin business will not experience the same growing pains as cannabis in terms of financing, access to capital, and equity.