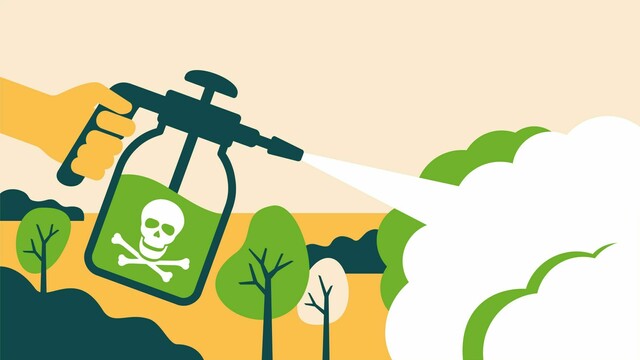 Our firm represents several clients who have lost their crops as a result of pesticide drift. In one matter, our client alleges that his hemp crop, grown in accordance with strict organic standards and ready to be harvested for processing at the client’s facilities, was drifted on by a neighboring farmer, and the entire crop subsequently tested positive for a restricted pesticide and had to be destroyed. This was a crippling loss for our client.

When the victim of a pesticide drift decides to bring a lawsuit against the drifter, they can elect to pursue recovery under several different legal theories of recovery. Common law remedies such as a claim for negligence would allow the victim to recover their actual damages, meaning the actual dollar amount of business losses they can prove in court. The victim might also seek a permanent injunction from the court barring the drifter from spraying chemicals in certain places and/or at certain times. Among the drawbacks of employing these types of legal theories is that they do not allow the prevailing party to collect their attorneys’ fees and costs from the losing party, which makes it a lot harder for an injured farmer to afford a lawyer to pursue their case.

However, Oregon, like other agricultural and timber-rich states, has what is known as a “timber trespass” law on the books, which basically provides that if someone injures timber or “produce” on someone else’s land, that person can be liable to the injured plaintiff for triple the value of the plaintiff’s actual injuries (or double the value if the court finds the defendant’s conduct was not willful – more about that in a minute) and the plaintiff’s reasonable attorneys’ fees and costs. This provides a strong incentive for people with claims covered under the statute to bring them.

DO WHAT YOU PLEASE WITH YOUR TREES

Timber trespass laws have been on the books since Oregon first codified laws. The legislative purpose for a timber trespass law is to deter the damaging or taking of someone else’s timber or produce. “Another purpose of the multiple damages statutes . . . is to prevent a trespasser from effectively forcing the owner to sell his or her timber at market value; if a trespasser is required to pay only actual damages, someone who needs timber could simply trespass and then pay market value for the timber.” Worman v. Columbia Cty., 223 Or App 223, 239 (2008). In other words, people have the right to sell their timber to the buyer of their choosing, or otherwise do with it what they please. This is of course very important for conservationists, because if there were no laws like this, timber companies would be able to log with impunity and only be required to pay damages equal to the market price of what they cut down, which they would be happy to pay.

Viewed in that light, it is not a cognitive stretch to compare the theft of someone else’s timber as analogous to the spraying of pesticides on someone else’s trees, because both intrinsically involve the wrongdoer’s deprivation of the tree-owner’s right to possess, dispose of, or simply admire, his trees. To the victim, the only difference between theft of an object and destruction of an object is the object’s continued existence as stolen property in someone else’s possession, which is not a difference that matters to the victim. Indeed, the Oregon Court of Appeals agreed with this concept in the earlier-cited Worman case, holding that a local municipality was liable for timber trespass after its employee purposefully killed the Wormans’ trees and shrubs with pesticides.

In the case of negligent, called “casual” timber trespass, the law provides for double damages rather than treble. Under that law, the Oregon Court of Appeals affirmed an award of double damages under the casual timber trespass statute for damages sustained when a rancher’s employees trampled their neighbor’s crops while rounding up some escaped cattle. They damaged the crops, but they didn’t mean to do it.

In a typical pesticide drift case, the plaintiff is not alleging that the drifter purposefully drifted harmful chemicals on his crop, he is alleging that the drifter was careless about how he was spraying and did not take proper precautions. In other words, he is alleging negligence, not willfulness; therefore, he has made a claim for casual timber trespass against the farmer who drifted on him. This seems straightforward: by drifting onto his crop, the drifter has deprived the victim of his right to possess and dispose of the produce of his crops in the same way someone who cuts down someone else’s timber deprives the owner of that timber of his rights in the timber.

WHERE THE LAW GETS WEIRD

But this is where the law gets weird. In response to my client’s casual timber trespass claim, the drifter raised an Oregon Supreme Court case from 1973, Chase v. Henderson, 265 Or 431, 432 (1973), in which the Oregon Supreme Court affirmed the dismissal of a claim based on crops being damaged by pesticide drift from aerial-based spraying. This case, argues the drifter, is analogous to our client’s case, and means that our client’s timber trespass claim should be dismissed and the only damages he can seek from the drifter are the value of his crop, and he should have no entitlement to attorneys’ fees and costs if he wins.

How can this 1973 case exist given the language of the statute and the subsequent rulings I’ve mentioned earlier in this piece? What was the reasoning of that case? It relied on the “reasoning” in an earlier case: “Based upon the litigation history of this treble damage statute and the total scheme of the multiple damage statutes, we conclude that they do not apply to the kind of damages assessed in the instant case.” Meyer v. Harvey Aluminum, 263 Or 487, 498–99 (1972). Citing Meyer, the Chase Court said:

After the trial in this case we decided Meyer v. Harvey Aluminum, Inc., Or., 501 P.2d 795, 799—800 (1972). We held ORS 105.810, the companion statute to ORS 105.815, did not permit the trebling of damages. In that case the plaintiffs' fruit crop and trees were allegedly damaged by emissions from the defendant's aluminum plant. The same considerations which caused us to conclude that treble damages were not allowable in such a case cause us to conclude that double damages are not allowable in this case.

In other words, there is no reasoning in either case.

There is some tension, to put it mildly, between the more recent holdings of the Oregon Court of Appeals, and the nearly-fifty-year-old case relied upon by our client’s opponent. Because lower courts are bound to follow the rulings of higher courts, it may be that the trial court decides that the Chase case controls that of our client and therefore our client’s claim should be dismissed. If that occurs, we intend to appeal the decision all the way to the Oregon Supreme Court, and we intend to obtain a decision from that Court irrevocably determining that the victims of chemical drift are entitled to bring timber trespass claims against those responsible for their damages.

We believe such a decision is not only important for our client, but also for all organic farmers in Oregon, and more broadly, for our entire ecosystem.