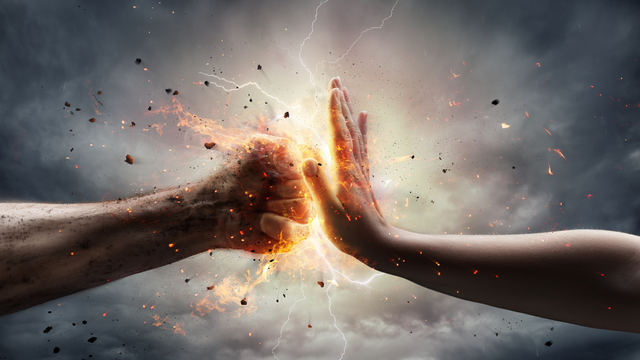 Editor’s Note: This post is a follow-up to our breaking news, regarding the TRO in Jackson County.

On Wednesday, July 28, 2021, I appeared in court with my colleagues Andrew DeWeese and Abby Michels for a hearing to extend the temporary restraining order we secured for the duration of the lawsuit. The Honorable Benjamin Bloom presided over the hearing, which included testimony from our client and our client’s landlord, along with the legal arguments of the lawyers representing Jackson County (represented by Jackson County Counsel) and the Oregon Department of Agriculture (ODA) (represented by the Oregon Department of Justice).

ODA submitted written declarations rather than presenting live testimony. ODA admitted that the first time they looked at our client’s hemp grower applications was on Monday, July 26, 2021, in response to the temporary restraining order we won for our client the previous Friday requiring ODA to show cause why they had not yet issued the registration. ODA contended that there were some details that needed to be corrected in the applications, including the provision of updated latitude and longitude of various growing areas identified in the applications. Importantly, ODA acknowledged that Section 18c of HB 3000 applied to several of our client’s applications, and that ODA had the obligation under that section to prioritize the applications for inspection and testing.

In response, we argued that the Sheriff’s threat to bulldoze the crops in the ground under Section 41 of HB 3000 – which definitively states that any hemp grown in violation of ODA laws and regulations is an “unlawful marijuana grow,” a new Class A misdemeanor, and contraband that may be destroyed by law enforcement – would impermissibly interfere with ODA’s obligation to prioritize our client’s field for inspection and testing with Section 18c. In other words, because ODA acknowledged that Section 18c envisioned precisely this scenario – a hemp grower who planted their crop after applying for a grower registration but before ODA processed the registration has a path to become registered, provided they comply with a control plan proposed by ODA to address the violation – it should not destroy the crop pursuant to Section 41 before processing the application for registration. We argued that because Section 18c was the more specific provision and Section 41 the more general, the latter had to give way to the former, and a hemp crop should not be considered “unlawful” unless and until it has gone through the administrative process with ODA contemplated under Section 18c. The Court appeared to agree with that position.

Jackson County Counsel took the position that law enforcement could, indeed, destroy a hemp crop that is otherwise subject to Section 18c, but they tempered their position somewhat at the hearing. While Section 41 does not, by its terms, contemplate any kind of pre-destruction due process hearing, Jackson County Counsel conceded that the Sheriff would not do so in this case (and impliedly, in any other case) without due process. What this means, practically, is that there would be some avenue for a grower to be given notice and an opportunity to be heard prior to the wholesale destruction of their crop. The exact contours of how long such a process would play out and before what decision maker remains to be seen, but it was an important concession nonetheless – Jackson County officially acknowledged that its sheriff deputies do not have the authority to simply come in and start destroying a person’s hemp crops in the absence of a court order or some other means amounting to due process. Interestingly, Jackson County opted not to offer any evidence whatsoever, so we never got to hear Deputy Groom’s version of the story.

Ultimately, this important concession convinced the Court that there was no longer any exigency presented: the verbal threat made by the sheriff’s deputy the week before was tempered by the county’s lawyer’s promise that no destruction will take place without due process. On that basis, and it was a basis that the Court made clear to counsel that it expects to be observed in the future, the Court concluded that there was no longer any immediate threat of irreparable harm and denied our request to extend the injunction for the pendency of the underlying civil action. The Court remarked that the temporary restraining order was correctly granted, and that our client did the right thing by bringing this matter to the Court’s attention and getting all parties before the Court to explain their positions in an orderly and respectful manner.

While it was not the ruling we hoped for, the result is positive: our client’s crops were not destroyed, and we secured an important concession from Jackson County that its sheriffs will respect hemp growers’ due process rights going forward. We also gained valuable insight into ODA’s apparent decision to slow-walk all hemp registration applications in Southern Oregon and learned that the information applicants are receiving from ODA personnel as to the timelines for their application process was misleading at best. In addition, the Court openly acknowledged that there was tension between Sections 18c and 41 of HB 3000 and agreed with our position that Section 18c applied to our client’s hemp crop, at least according to the evidence presented at the hearing.

The key takeaways from this experience are as follows: