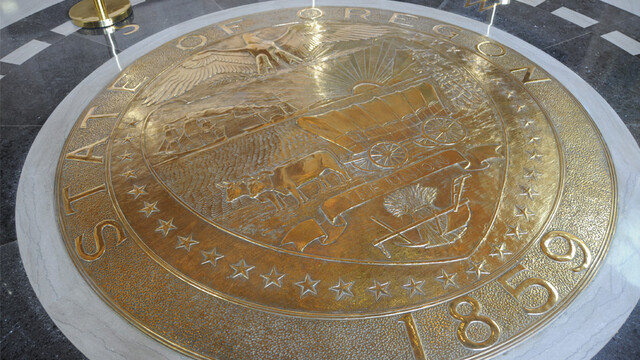 For those engaged in the legal cannabis industry in Oregon, the 2019 Oregon Legislative Session is of the utmost importance and relevance.

At the top of our list is SB 639, which, if approved, will provide for regulation by OLCC of consumption and sale of cannabis items at temporary events, regulation of cannabis lounges, delivery of cannabis items to specified permanent and temporary residences, and would allow cannabis producers and processors to offer tours of their licensed premises. HB 2233 is nearly identical to SB 639, however it only provides for the regulation of temporary events and cannabis lounges. For current cannabis business owners, this piece of legislation could open the door to huge opportunities for expansion into a myriad of new ventures.

In regards to temporary events, separate licensing requirements must be met, along with other requirements, such as ensuring the premises is not within 1,000 feet of a public, private, or parochial elementary or secondary school. Cannabis consumption must occur in designated areas of the premises and each enclosed portion of the premises must meet specified ventilation requirements in addition to satisfying existing state and local building codes. The potential for new business ventures in the temporary event space is huge: cannabis producers and processors could, potentially, be gaining exposure by selling and showcasing their products at concerts and other live shows in addition to other industry events like Cultivation Classic, or other cannabis showcases. At the same time, the consuming public will have the opportunity to attend those same events while imbibing on the cannabis product of their choosing to enhance the experience.

Similarly, this proposed bill provides for the operation of cannabis lounges, which consumers and retailers have been yearning for since recreational cannabis became legal in Oregon. Such lounges would be permitted to operate at the same premises as a cannabis retailer, provided that the lounge and retail area occupy separate, distinct portions of the premises. Consumers will be permitted to bring into a cannabis lounge cannabis items purchased from an adjoining retailer. Again, this proposal will attract even more cannabis tourism but will also facilitate safe and lawful consumption for tourists and residents alike. Regardless of whether one is a tourist or a resident, the presence of safe consumption spaces is paramount in order to protect the health, welfare, and safety of the general public. Such lounges would reduce and prevent the likelihood and prevalence of cannabis consumption in public spaces and would certainly provide tourists a safe location to participate in Oregon’s recreational cannabis culture.

SB 639 would also allow licensed cannabis producers and processors to offer tours of their premises for which a specified license has been issued. Of course, tours may only be offered to adults 21 years or older. However, licensed producers and processors may enter into contracts with licensed retailers to allow the retailer to sell cannabis items during the tour on the premises of the producer or processor during the tour. This proposed bill serves many important policy considerations and is an important step in changing the stigma surrounding the cannabis industry by providing accessible and educational opportunities for consumption while simultaneously providing safe and lawful consumption sites.

HB 2655, while lacking the face value panache of SB 639 and HB 2233, could prove to be hugely impactful and important for Oregon workers. Under this proposed legislation, an employer would not be permitted to condition employment on employees refraining from using a substance, like cannabis, that is lawful to use under current state laws during nonworking hours, unless the restriction falls into expressly specified exceptions. For recreational cannabis users and medical patients alike, this proposed bill would potentially create employment opportunities without imposing the doomsday cloud of “random drug testing” over the heads of applicants. This bill would begin to create an equal playing field for cannabis users who, unlike their alcohol-drinking or tobacco-using counterparts, could be disciplined or fired on the spot if knowledge of their cannabis use in nonworking hours came to the attention of their employers. If employers cannot fire employees for having a beer or a cigarette while off the clock, it makes sense that the same should apply for cannabis users.

Overall, there are some very exciting legislative proposals in 2019, so far. While a lot of these proposals are beneficial to the cannabis industry and may provide for some exciting new developments in the industry, there are quite a few that could hinder the growth and progression of the industry. It is important for everyone currently involved in, or considering entering, the cannabis industry to closely monitor these proposals in order to stay knowledgeable and prepared for the implementation of new laws, regulations, and requirements.

WORK AT GREEN LIGHT LAW GROUP We are a litigation and business law firm for the marijuana and hemp industries.…

The Washington State Liquor and Cannabis Board (WSLCB) recently garnered national attention for rolling out its “Joints for Jabs” promotion.…

OLCC: Anything You Say Can and Will be Used Against You – Even in Settlement Negotiations

In a recent contested case hearing I participated in, the OLCC’s case presenter (the term used for the agency’s representative…