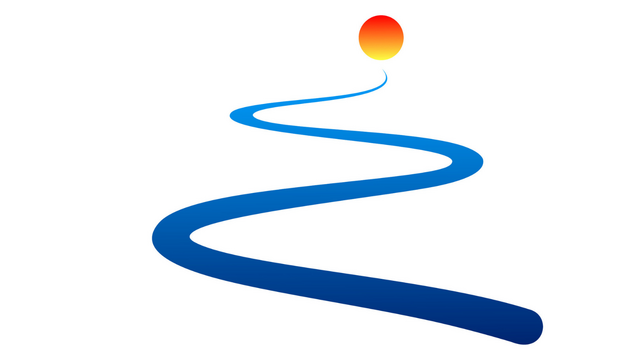 A three-judge panel of the U.S. Court of Appeals for the Ninth Circuit dismissed a petition for review of a Drug Enforcement Administration (DEA) response to an attorney’s letter seeking advice and guidance on how a physician could administer psilocybin to a terminally ill patient without incurring liability under the Controlled Substances Act (CSA). Despite Petitioners’ noble cause, the case turned on a technicality after the Court determined that the DEA’s letter stating that such psilocybin treatment was not allowed, the document that prompted the lawsuit, was not a “final” decision of the Attorney General that the Court had jurisdiction to review.

Psilocybin is the hallucinogenic chemical found in “magic mushrooms.” Controlled research into psilocybin for therapeutic purposes reveals that it may allow people suffering from depression, anxiety, PTSD, and potentially addiction, to more easily face and overcome painful or stressful memories and experiences. Psilocybin’s therapeutic benefits are so promising that Denver, Colorado became the first city to decriminalize psilocybin in May 2019, and in 2020, Oregon passed Measure 109, which paved the road for a program allowing for legal manufacture, delivery, and administration of psilocybin to clients at supervised, licensed facilities in the state.

Oregon isn’t alone; legislators in New York and Washington State also recently introduced bills to legalize supervised psilocybin services in those states. While some states recognize its positive uses and have legalized supervised use at the state level, psilocybin is still federally illegal because it is currently registered as a Schedule I drug under the CSA. This means it can be produced, dispensed, or possessed only in the context of research, which requires special registration, the requirements of which the DEA is responsible for enforcing. Enter the Right to Try (RTT) Act.

b. The RTT Act

Congress passed the RTT Act in 2018 to give qualifying patients access to investigational drugs outside of a clinical trial setting. This effectively relieved regulatory requirements that would otherwise be imposed on eligible investigational drugs, speeding up the timeline for giving dying patients the “right to try” a drug that could potentially alleviate anxiety and depression associated with terminal illness and palliative care.

To qualify under the Act, a drug or treatment must: 1) have completed an FDA-approved Phase 1 clinical trial; 2) be in an active clinical trial intended to form the basis of an application for approval or be the subject of an application for approval filed with the FDA; and 3) be in ongoing active development or production and not discontinued by the manufacturer or placed on clinical hold.

Psilocybin successfully completed an FDA-approved Phase 1 clinical trial in 2019, and two companies, COMPASS Pathways and Usona, both currently have Phase 2 trials ongoing. Thus, psilocybin would appear to fit squarely within the RTT Act’s definition of qualifying drugs. The issue in question that formed the basis of the lawsuit was how psilocybin could be dispensed to cancer patients under the RTT Act without violating the CSA.

The lawsuit’s origins take place on a simple timeline. In January 2021, Dr. Sunil Aggarwal, co-director of the Advanced Integrative Medical Science Institute (AIMS) in Seattle, Washington, and Kathryn Tucker, counsel to AIMS and Mr. Aggarwal, wrote a letter to the DEA Regulatory Section. The letter requested advice from the DEA on how Dr. Aggarwal could obtain and administer psilocybin for therapeutic use with terminally ill cancer patients suffering anxiety and depression. After the initial letter, Ms. Tucker also sent an additional email to the DEA suggesting that the DEA could also simply issue Dr. Aggarwal an exemption from prosecution under the CSA via the RTT Act (the DEA has previously issued exemptions for religious purposes—click here for more information).

One week later, Thomas Prevoznik, Deputy Assistant Administrator, Diversion Control Division of the DEA responded to Dr. Aggarwal’s letter. The DEA response stated that, “the RTT does not waive the requirements of any provision of the CSA or its implementing regulations,” and “absent an explicit statutory exemption to the CSA, DEA has no authority to waive any of the CSA’s requirements pursuant to the RTT.” The DEA confirmed that Dr. Aggarwal could apply for researcher registration but rejected the idea of issuing an exemption from prosecution because that specific provision “applies to individuals already registered with DEA to engage in research in controlled substances,” and Dr. Aggarwal did not have registration for researching psilocybin. The response concluded that if Dr. Aggarwal obtained researcher registration from the DEA, then he could petition the DEA Administrator for a grant of exemption from prosecution under the CSA.

In response to the DEA’s letter, AIMS, Dr. Aggarwal, and two patients seeking access to psilocybin under the RTT Act filed a lawsuit in the U.S. Circuit Court of Appeals for the Ninth Circuit pursuant to 21 U.S.C. § 877, a provision allowing judicial review of final decisions of the Attorney General. It was in the language of this statute that Petitioners’ case ultimately failed.

Although the term “final” is not defined in the statute, legal precedent, stemming mainly from Bennett v. Spear, 520 U.S. 154, 177-78 (1997), established a two-part test for determining whether an administrative action is a “final” decision: 1) the action must mark the consummation of the agency’s decision-making process and must not be of merely tentative or interlocutory nature, and 2) the action must be one by which rights or obligations have been determined or from which legal consequences will flow. Ultimately, an administrative agency’s decision is final “when the agency has rendered its last word on the matter in question.”

The panel for the Ninth Circuit determined that the DEA’s response was not a “final” decision under the meaning of Bennett, and because of this, the Court lacked jurisdiction to hear the case, necessarily requiring the panel to dismiss the action. The Court distinguished between an informational document providing an agency’s interpretation of a statute (not considered final agency action) and a decision that determines how a statute or regulation applies to facts for enforcement purposes. The Court deemed the DEA’s response an informational letter, the type of advice letter that agencies prepare countless times per year in dealing with a regulated community.

Regarding Bennett’s second element requiring imposition of legal consequences, the Court found that the DEA’s response did nothing but point to the plain language of existing law and failed to expressly impose any legal consequences for noncompliance. The panel noted that if Dr. Aggarwal chose to ignore the DEA’s response and offered psilocybin to his patients, he would face liability only for noncompliance with the CSA, not for disagreeing with the agency’s determination stated in its response. Thus, because the letter’s content was not the consummation of a fact-finding process and failed to impose any form of legal consequences, the Court found the letter did not suffice as “final,” as required for judicial review under § 877.

To contrast its decision with prior cases, the Court gave examples of responses and documents that were ultimately deemed final. First, in Hemp Indus. Ass’n v. DEA, 333 F.3d 1082, 1085 (9th Cir. 2003), the DEA published a rule that banned the sale of certain products containing hemp products in the Federal Register. The Court deemed that rule final because it imposed obligations and sanctions in the event of violation. Similarly, in John Doe, Inc. v. DEA, 484 F.3d 561, 566 (D.C. Cir. 2007), the D.C. Circuit found that it had jurisdiction under § 877 to review the DEA’s denial of a permit application. The Court deemed the decision final because the DEA affirmatively denied the permit application, thus marking the culmination of its decision-making process and establishing legal consequences by expressly prohibiting action without a permit.

Although the Ninth Circuit’s opinion is disappointing for RTT advocates and psychedelics proponents, remember that the Court dismissed the case on a relative technicality, rather than the merits. This case had strong support across the country—last spring, a bipartisan group of attorneys general from eight states and the District of Columbia, along with the ACLU, and both the Cato and Goldwater institutes submitted amicus briefs supporting Petitioners and noting psilocybin’s therapeutic properties. A coalition of end-of-life caretakers and a group of law professors and bioethicists also submitted briefs supporting Petitioners’ case. Further, just last month, a bipartisan group of Congress members sent a letter urging the DEA to give terminally ill patients access to psilocybin. In conclusion, despite the Court’s decision in this case, it is our opinion that the advocates bringing this case are tireless and committed, and are likely even now digesting this decision and preparing to redouble their efforts in order to obtain a decision on the merits on this important issue. We heartily applaud their efforts and wish them success.