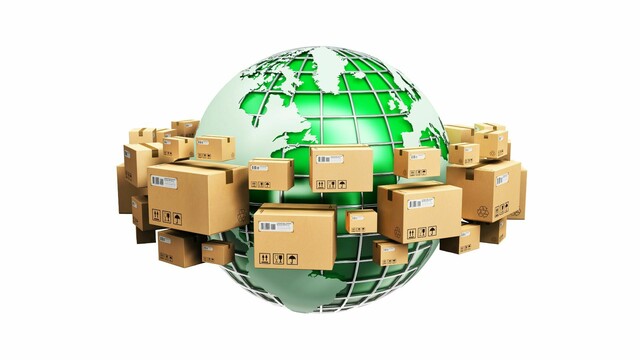 The United States Court of International Trade recently issued an opinion on whether a company in Washington state could import drug paraphernalia, specifically cannabis trimming equipment. That case, Eteros Technologies USA vs. United States, concerns “the interplay between the federal and state systems, specifically the Washington State system, governing marijuana-related drug paraphernalia. It arises from Customs and Border Protection (‘CBP’)’s exclusion from entry at the Port of Blaine, Washington of Plaintiff’s motor frame assemblies -- component parts of an agricultural machine designed to separate the leaf from the flower of cannabis or other plant material -- on the grounds that the machine constituted drug paraphernalia prohibited by the federal Controlled Substances Act (‘CSA’).” In Eteros the Court held that Washington’s repeal of certain prohibitions related to marijuana drug paraphernalia exempted the federal prohibition on importing drug paraphernalia.

Under federal law, specifically the CSA, it is unlawful for any person to import or export drug paraphernalia. 21 USC 863. CBP, therefore, is instructed to seize any paraphernalia it finds because under the CSA, paraphernalia is prohibited. However, the CSA also states that “[t]his section shall not apply to[,] any person authorized by local, State, or Federal law to manufacture, possess, or distribute such items.” Id. at 863(f)(1) (emphasis added). Washington, as anyone who reads this blog knows, has legalized marijuana, or cannabis as it’s now known in the state. As a result, the state’s definition of paraphernalia-related crimes exempts items used with cannabis from the prohibitions related to paraphernalia. The question presented, as framed by the Court of International Trade, was whether, by repealing a prohibition on the possession of cannabis-related drug paraphernalia, the state of Washington had “authorized” Etros to possess trimming equipment specifically designed to separate leaves from cannabis flower.

Eteros Technologies USA (Eteros) attempted to import a “Mobius M108S Trimmer” designed to separate flower from the other parts of the plant through the port in Blaine, Washington. The trimmer was detained and CBP investigated. CBP questioned Eteros on whether the trimmer was capable of being used on marijuana in addition to hemp (a silly question, as both are the same plant). Eteros distributed the product but did not have access to end users or how the trimmer would be used. Eteros argued to the CBP that the trimmer was intended for hemp and that in any event it was not paraphernalia because of Washington’s legalization of marijuana. CBP disagreed and Eteros sued. The Court focused on the question of whether or not Washington law authorized the importation of the trimmer at issue.

The crux of the case essentially came down to this

The Court’s discussion of whether or not Washington law authorized the importation of the trimmer involved detailed statutory analysis of both Federal and Washington law. The decision also turned on the US Supreme Court case Murphy v. NCAA, where the Supreme Court determined that New Jersey’s sports-betting law “authorized” sports gambling despite contradictory federal law. As a result the Court in Eteros determined that Washington law did authorize the importation of the trimmer and instructed the Port of Blain, Washington to release the trimmer. In essence, this case suggests that importers of cannabis-related paraphernalia are exempt from CBP’s otherwise existing authority to seize drug paraphernalia, as long as the final destination is to a state that has a legal marijuana market.

Limitations of the Eteros Case

The Eteros case is certainly a promising development for the cannabis industry. Both license-holding entities and ancillary businesses have faced numerous challenges in importing cannabis paraphernalia including the seizing of rolling papers, packaging, lighters, and equipment when imported from countries like China. However, at this point, Eteros does not necessarily establish a precedent upon which to rely. The US government is likely to challenge the ruling to the United States Court of Appeals for the Federal Circuit. If the appellate court upholds the decision in Eteros and that ruling is not further appealed (to the United States Supreme Court) then Eteros would establish nationwide precedent and truly open up the importation of what would otherwise be considered paraphernalia.

It should go without saying that the prospect of nationwide precedent that allows the importation of merchandise and equipment that is necessary to the functioning of state-legal cannabis industries would be a boon to the industry during a time of rising costs. At the appellate level, interested parties have an opportunity to weigh in with the court to provide their unique perspective to the question at hand. Green Light Law Group is working with an international trade lawyer in the DC area, Myron Barlow, to identify industry participants who might be interested in funding an amicus brief to support the affirmance of this order. Please contact us if you’re interested.