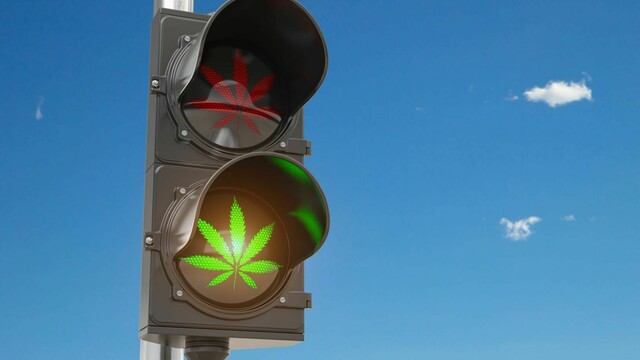 America is on the cusp of legalizing marijuana at the federal level. There appears to be enough support in Congress to amend federal law and make commercial marijuana activities legal. But a federal mandate may not mean that recreational marijuana will be accessible in all fifty states.

As we near the end of cannabis prohibition in the United States, it is important that we look at the history of prohibition to better assess the potential outcomes that states’ rights may cause, even after cannabis is federally legal.

In 1972, the federal Controlled Substances Act (“CSA”) classified “marihuana” as a Schedule I substance. This law made it illegal to cultivate, distribute, or possess cannabis. Before the CSA was signed into law, the federal strategy for thwarting cannabis use was imposing a substantial tax on the transfer of marijuana using the Marihuana Tax Act of 1937 (“MTA”). The MTA did not expressly prohibit the cultivation, distribution, and possession of marijuana, but instead made marijuana transactions prohibitively expensive.

Before the CSA, marijuana criminal laws were largely creations of state law. Interestingly, the relatively conservative state of Utah was the last state to criminalize marijuana. It is ironic that state legislatures have subsequently reversed course and removed criminal sanctions at such a rapid pace that now federal lawmakers are using state repeal and reform efforts to inform federal legalization proposals. For those keeping score, California was the first state to legalize medical marijuana, doing so in 1996. Colorado and Washington became the first two states to legalize recreational marijuana in 2012.

It is important to recognize that the repeal of federal marijuana prohibition will not automatically entitle individuals in all fifty states to possess marijuana for recreational use. The Constitutional doctrine of preemption provides that the federal government cannot require state legislatures to enact identical federal laws, so a state legislature must

decide to actually repeal criminal law sanctions for marijuana possession, distribution, and manufacture, even if federal legalization measures are successful.

The movement for federal cannabis legalization may not help residents of states that currently prohibit cannabis in some form unless those states enact their own legalization measures. Idaho was the only state without any legalization measure in effect until late 2020 (i.e., not even allowing an affirmative defense based on medical necessity if found in possession of ≤.03% THC, industrial hemp-derived CBD products), which demonstrates that the movement towards national legalization could be irrelevant in Idaho. Like Mississippi and alcohol, it could take years for Idaho, and other politically and culturally conservative states, to fully legalize cannabis even after federal cannabis prohibition ends.