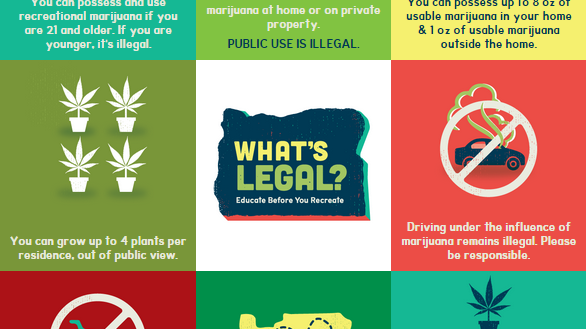 The attorneys of The Green Light Law Group have been engaged in the Oregon Liquor Control Commission’s rulemaking proceeding for the rules that will govern the recreational marijuana industry in Oregon. Earlier this week, we submitted our official comments to the OLCC on behalf of ourselves and several of our clients. Today we are hoping that additional changes are made at the OLCC meeting before the Commission votes to approve the third draft of the rules, released earlier today.

Below are some of our comments (with footnotes and other citations removed):

Thank you for the opportunity to comment on the Oregon Liquor Control Commission (“OLCC” or “Commission”) Draft Temporary Rules on Recreational Marijuana (the “Rules”). We are a law firm which represents many different types of actors, both current and prospective, in the fledgling recreational marijuana industry. The Commission has worked tremendously hard to craft the Rules, and we and our clients appreciate the difficult task with which the Commission has been charged. Creating a regulatory framework for an entirely new program will always be fraught with challenges and opportunities, and we hope that the comments below assist the Commission with its legislative mandate to establish a regulatory program which will be lasting and lucrative for the entire State of Oregon. Please note that our comments relate to the revised Rules, released by the Commission on October 16, 2015.

Our comments, submitted on behalf of ourselves and several of our clients, relate generally to two categories of concerns: (i) environmental concerns, and (ii) operational concerns. With respect to our environmental concerns with the Rules, our comments are most concerned with energy usage by licensees and creating a pathway for the marijuana industry to become less energy-intensive as it blossoms and develops over time in our state. Our operational concerns center around the rules related to marijuana producers and processors.

Electricity and Water Usage Reporting. The Rules should require that license renewal applications include a report from the licensee of its actual electrical and water usage for the previous licensing period. As the Commission is aware, marijuana cultivation is extremely resource-intensive, particularly with respect to energy and water resources. While we applaud the Commission’s inclusion of the requirement that an applicant report its estimated electrical and water usage in connection with its initial application for licensure, such a requirement will be meaningless without the ability of the Commission to collect actual data from licensees on an ongoing basis. Ongoing collection of electrical and water usage data is important to establish a baseline from which energy and water efficiency programs may be established and judged for effectiveness. Without establishing such baselines for electricity usage, the utilities and the Public Utility Commission will be unable to design and authorize energy efficiency programs that will steer the marijuana industry towards a more sustainable, less energy-intensive future. It has been estimated that load requirements for a fully developed marijuana industry in Oregon are similar to that of creating an entirely new city within the distribution grid. The marijuana industry, like all industries in Oregon, should be guided in a direction which will lower its load requirements over time. Annual collection of electricity usage information is the necessary first step in that process.

Onsite Consumption by Marijuana Producers. The Rules should allow for onsite consumption of usable marijuana on producer premises. While the Commission’s inclusion of a provision that allows a producer to offer tours of its licensed premises is a step in the right direction, we believe that the Commission should also include rules which allow onsite consumption of usable marijuana on such premises. Much as a winery or brewery is allowed to provide a tasting room at the conclusion of a tour of its premises, marijuana producers should be granted a similar privilege. Moreover, from an operational perspective, a marijuana producer should be allowed, as is a winemaker or brewer, to sample and quality check each harvest lot for qualities that are not quantifiable through the Commission’s testing procedures. As the commission heard often at its hearing on October 9, 2015, destination marijuana “farm” tours have the potential to create lasting and meaningful economic opportunities for the economically depressed areas in which many marijuana production farms are likely to locate. Marijuana producers and the communities in which they locate should be given the same opportunities to succeed as has been afforded Oregon’s successful wine industry, and providing for onsite consumption on producer premises will give the fledgling marijuana industry the opportunity to succeed in a similar manner.