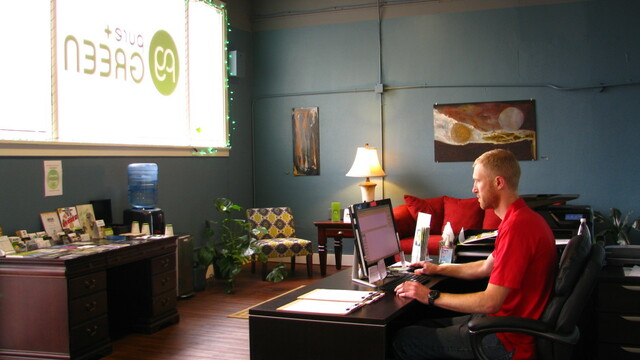 After weeks of postponements, Portland Marijuana Regulations appears ready to pass from the city council which will dramatically affect the retail marijuana industry. The most contentious issues surrounding the proposed regulations concerned buffer zones within city limits and whether or not existing medical dispensaries would be given preferential treatment over new businesses when applying for the new city marijuana license. The key outstanding issues were the City Council’s concern over saturation of marijuana retail outlets, the existing medical dispensaries’ fear of losing their business (or the ability to convert to retail) because of a “city license race” with new businesses, and industry leaders’ rational argument that a free market with no buffer zones will solve each of their concerns. The initial draft regulations kept separate the OLCC licensed retail stores from the OHA registered medical dispensaries, calling for a 1000-foot buffer zone between either two retail stores or two medical dispensaries. This initial scheme allowed for a medical dispensary and retail outlet to be within 1000 feet of each other. Existing dispensary owners and their representatives argued that the buffer zone should apply to both retail and medical stores, thus there could be no marijuana retail outlet, recreational or medical, within a 1000 feet of each other. They feared a repeat of the 2014 OHA licensing process in which some existing dispensaries had to shut down because they applied one minute later than a business around the block. Other industry leaders argued that having no buffer zones and allowing the free market to work would not only eliminate the existing dispensaries’ fear of losing their business, but was the true intent behind Measure 91. After passing the initial ordinance, the City Council asked the various representatives to meet with City Council staff to discuss a proposed solution, and pledged to consider any proposed amendments that came out of those meetings. Perry and I attended those meetings and representatives of the City and all the constituencies discussed above were present. Perry previously submitted a draft regulation offering a compromise, which we believed would satisfy all concerned. It allowed protection for the existing dispensaries, but also allowed for new businesses to enter the market and compete. It soon became clear that the 1000-foot buffer between any marijuana outlet, retail or medical, was not going to be negotiable for the City Council. While the buffer zone alone would protect medical dispensaries, it appears the new regulations will double down and specifically give current dispensaries a grace period to convert to retail. It also appears that the vast majority of medical dispensaries in the city are planning to convert to retail. This result would be an enormous windfall for existing dispensaries as there will be drastically less competition. Those seeking to start new marijuana dispensaries or retail outlets will have to seek out less desirable locations or look outside city limits. If you have any questions about the proposed Portland marijuana regulations, our office will be happy to discuss them with you.

WEBINAR POSTPONED Our real estate webinar previously scheduled for Thursday, September 10th has been postponed until further notice. As unprecedented,…

We are pleased to announce that Green Light Law Group partner, Andrew DeWeese, and CannXperts principal, Andy Shelley, will inaugurate…