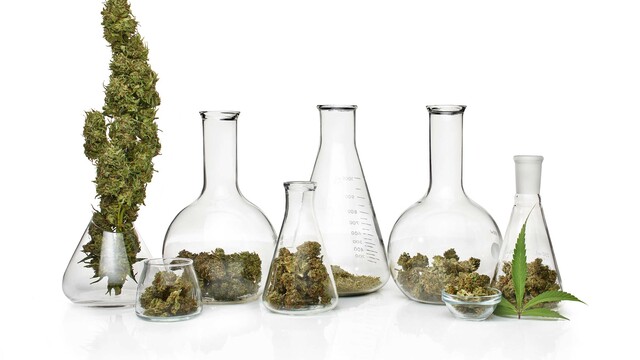 Last Thursday, the Oregon Liquor Control Commission (OLCC) and Oregon Health Authority (OHA) asked for solutions to Oregon's laboratory testing regulations. The two governing bodies asked for stakeholders in the industry to provide practical approaches to help transition Oregon's comprehensive marijuana testing protocols that protect consumers, while maintaining the testing requirements and stabilizing the business operating environment in the long term. The OLCC and OHA only gave four short days to submit comments to the numerous problems our industry has been facing with marijuana testing requirements.

Here is the letter submitted on behalf of our clients below.

Re: Comments to Draft Temporary Rules on Requirements for Testing Marijuana.

Thank you for the opportunity to comment on the Oregon Liquor Control Commission (“OLCC” or “Commission”) and Oregon Health Authority (“OHA”) Draft Temporary Rules on Recreational and Medical Marijuana (the “Rules”). We are a law firm that represents many different types of actors, both current and prospective, in the fledgling marijuana industry. Both the Commission and OHA have worked tremendously hard to craft the Rules, and we and our clients appreciate the difficult task with which the two governing bodies have been charged. Creating a regulatory framework for an entirely new program will always be fraught with challenges and opportunities, and we hope that the comments below assist with the legislative mandate to establish a regulatory program which will be lasting and lucrative for the entire State of Oregon. Please note that our comments relate to the October 1st deadline for testing marijuana pursuant to Oregon Administration Rules 333-064-0100, 333-007-0310 through Section 0440, 845-025-5700 through Section 5790.

Our comments, submitted on behalf of ourselves and several of our clients, relate generally to processors’ and producers’ operational concerns. With respect to those operational concerns of our processor and producer clients, our comments are most concerned with: (1) redefining batch limits; (2) lab capacity, lab scheduling, training and communication; and (3) costs of tests under new standards, and fiscal impact on businesses.

Pursuant to 333-007-0350(1)(a), producers or growers must separate each harvest lot into no larger than 10 pound (“lb”) batches to be tested. However, this rule is unreasonable for the purposes of testing pesticides, and puts an unnecessary restriction on producers. As you know, in this industry, it is almost impossible to grow exactly 10lbs of usable product, and to be penalized or forced to do an additional test if the batch is any de minimis amount over the required limit, is unduly burdensome. It requires more out of pocket expenses for the licensee, and its restriction serves no purpose. If the laboratory is testing from a single harvest lot it should not matter whether the batch is 50lbs or 10lbs because the test would relate to the same product, using the same pesticides, and grown in the same environment. The rule as drafted simply requires the licensee to pay for five tests as opposed to just one with no concomitant benefits; this is an increase to the cost of doing business in Oregon that will surely have a chilling effect on competition in the marketplace.

It is no secret that the number of labs accredited to date is insufficient to provide testing to all processors and growers that are currently licensed. As a result, the amount of time it takes for a processor or producer to arrange samplings and pickups with the laboratory is taking weeks at a time. This creates an undue burden on licensee staff to supervise lab technician sampling and pickups. For example, one of our clients spent an hour with a technician from Green Leaf Labs to complete four lab test samples. At this rate there won’t be enough time in the day to perform 10-15 tests, and that is unacceptable for a larger scale facility. The lab scheduling is lacking, to say the least. There is a substantial need for pick-ups outside the city of Portland, however due to the insufficient lab resources, producers in rural areas are only given one option for a lab pick-up during the week. This differs in the City of Portland where lab pickups are multiple times during the week. This narrow time slot will put rural licensees out of business, and there should be a first come first serve basis for laboratory testing.

We recommend that both processors and producers should be granted a temporary term for batches to be sent to unaccredited laboratories until January 1, 2017. The rate at which the labs are being accredited, and the ability to begin testing and turn around results for producers and processors is not sufficient.

In addition, we can fix this problem with laboratory scheduling and capacity by allowing drop-offs for testing, and using the METRC System to monitor the entire process. Currently, ORELAP is not sufficiently overseeing sampling and testing for all medical and recreational marijuana. By utilizing the METRC System, we can take the burden off that department, and put more control in the hands of the producers and processors. Laboratories will no longer need to arrange pick-ups, and there will still be sufficient oversight.

As a result of having only five laboratories accredited at this time, the costs for marijuana testing has become completely unreasonable. Prior to the implementation of the new Rules, the cost of test was around $150.00, and now, following implementation of the new Rules, laboratory testing ranges from $315.00 to $375.00. However, under the new Rules, four samples/tests are required even for a harvest lot under 10lbs. That requires a producer or processor to absorb these costs, and these licensees are finding they need over $40,000 worth of testing. This is unacceptable.

To be clear, this is not the fault of the five Oregon Environmental Laboratory Accreditation Program (ORELAP) certified laboratories. These laboratories are understaffed and have a surplus demand for services. However, these strict testing requirements are putting a halt in the impressive progress that OLCC has accomplished with respect to licensing producers and processors and cutting down on black market trafficking in marijuana. Producers, processors and retailers cannot withstand this type of economic distress, and all the work OLCC and OHA has done to get these licenses issued will be fruitless. There are a wide range of marijuana products that need to be tested but cannot due to the shortage of approved labs, and the cost of the testing. With no usable marijuana on the shelves for retailers, and an abundance of wasted product from processors and producers, we are allowing for the black market to creep back into this legitimate industry.

Although the OLCC and OHA did not intend for these costs to bankrupt small businesses, such is the effect this rule is having on all licensees. The rules that have been adopted are more restrictive than necessary to protect the public health and safety. The only way to rectify this situation is to allow unaccredited laboratories an interim period to accept testing.

Thank you very much for the opportunity to comment upon the Rules. We look forward to working with the Commission over the coming weeks, and to the implementation of the Rules and the creation of a new, and very lucrative industry for the entire State of Oregon.