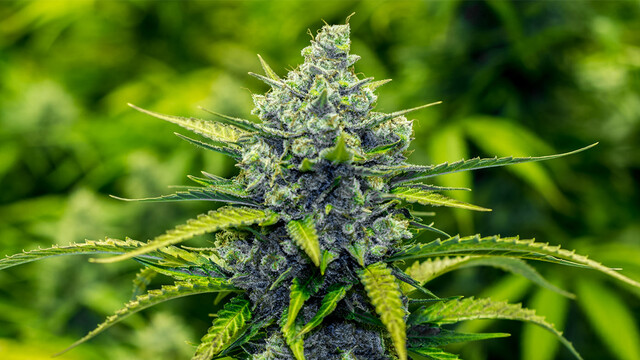 As many of you in the industry may already know, the City of Portland is in the process of crafting its own set Portland Marijuana Laws to govern the siting and permitting of recreational marijuana businesses, as well as medical marijuana dispensaries. While the City Council considers whether it is legal or advisable to prevent recreational marijuana retail outlets from opening within 1,000 feet of medical marijuana dispensaries (and thereby protect the interests of legally established and currently operational medical dispensaries who wish to convert to recreational retail outlets under the forthcoming OLCC recreational marijuana regulations), a few things are clear about Portland’s regulations for marijuana license procedures and requirements. Portland’s regulations, which may go into effect as early as October 1st, will require, among other things, that all licensed marijuana businesses are located within a specific fixed location (which means no mobile dispensaries and retail outlets, delivery services, or trimming vans), and that all of those fixed locations are in compliance with Portland Bureau of Fire and Rescue and Portland Bureau of Development Services permitting requirements. One element of these requirements, tucked away in Section 14B.130.050(3) of Portland’s proposed marijuana regulatory program, is the requirement that all applicants obtain a change of use permit as required by Portland City Code when a change in occupancy or designated use is occurring in connection with the permitting of the proposed marijuana business or dispensary. While this may not have too great of an impact upon retail outlets, either medical and recreational, it could have a tremendous impact upon currently operating medical growers and processors who want to transition into recreational producers and processors when those licenses become available from the OLCC in early 2016. Indeed, under the tighter restrictions and plant limits on medical marijuana growers and processors which will go into effect on March 1, 2016, most large scale medical producers and processors who want to remain in the business at that scale will be forced to transition to the recreational system or risk falling out of compliance. Unfortunately, many of the law-abiding medical marijuana growers and processors currently operating within Portland city limits may not understand what the new use and occupancy permit requirements mean, both financially and operationally, and how they will impact their ability to obtain a marijuana regulatory license from Portland’s Office of Neighborhood Involvement. Portland divides its use and occupancy codes into categories based upon the activities and uses that will occur within a building. Whenever the use of any building changes from one occupancy category to another, a change of occupancy permit is required. For commercial buildings, a building permit is required to (i) either make changes to the building beyond facial or cosmetic changes (such as wallpapering and finishing), or (ii) change the use of the building, regardless of whether any alterations are made. These two permitting concepts are related because in many cases obtaining a change of occupancy permit will require significant alterations to the building in order to comply with city code standards, which in turn, requires a building permit. To complicate this even more, obtaining either of these permits will likely require you to provide the city with a site plan and a floor plan, which may need to be drafted by a licensed architect and/or engineer. As you may already be guessing, this process can be costly and time-consuming. To use a quick real-world example, suppose that you operate a large scale medical marijuana grow operating in a building with an S-Category occupancy permit. To obtain a City of Portland marijuana regulatory license for your conversion into a recreational marijuana producer, the city is likely to require you to change your occupancy to F-Category. To change your occupancy from S-Category to F-Category you will need a change of occupancy permit, and will be subjected to the mandatory code requirements associated with the new F-Category occupancy. This may require you to make changes to your building which require you to apply for a building permit, complete with a site plan, a floor plan, and any other engineering or modifications required by any of the eight City of Portland departments responsible for reviewing and approving those plans. While the fast-approaching City of Portland licensing process may seem daunting, and largely overlooked in the rush to find a suitable site for your future recreational production and/or processing facility, the attorneys at Green Light Law Group are here to help you get a jump on these issues. Our attorneys are always informed of the on-going marijuana regulatory processes at work here in the City of Portland, and statewide at the OLCC, and we can provide you with a suite of high quality legal services necessary to advise you in all aspects and phases of your marijuana business. Contact us today to schedule a meeting to discuss how this, and many other emerging regulatory issues, may affect you and your ability to operate a marijuana business in the City of Portland and beyond. This Blog/Web Site is made available by the lawyer or law firm publisher for educational purposes only as well as to give you general information and a general understanding of the law, not to provide specific legal advice. By using this blog site you understand that there is no attorney client relationship between you and the Blog/Web Site publisher. The Blog/Web Site should not be used as a substitute for competent legal advice from a licensed professional attorney in your state. In addition, marijuana remains a federally illegal Class I drug. All activities related to marijuana are currently illegal under the federal laws of the United States and nothing contained on this Blog/Web Site is intended to assist in any way with violation of applicable law.