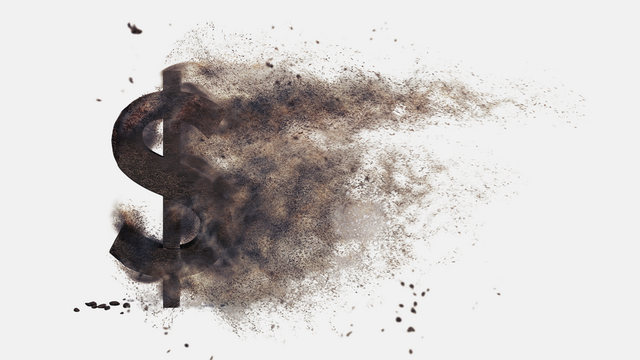 Starting April 1, 2022, Oregon edible concentration limits increase from 50 mg THC to 100 mg per package. Buried in these rules is a new requirement that edibles packaged with more than 55 mg THC be “scored,” meaning permanently, physically marked to indicate single-serving portions.

ORS 845-026-0210 states that cannabinoid edibles that are solid and exceed 55 mg THC in the container must be scored. Serving diagrams alone (visual examples on the label of how to portion) will no longer be allowed for edibles that exceed 55 mg. Only two exceptions exist.

First, if the product is not solid or is incapable of being scored due to its texture or consistency, it need only be sold and packaged with a measuring device that measures single servings or placed in packaging that clearly enables a consumer to determine when a single serving has been consumed. OLCC staff have indicated that the agency interprets this exception to be very limited and based solely on the edible’s physical characteristics.

The second exception is for products packaged below the 55 mg threshold. These products don’t need to be scored, as long as they are sold and packaged with a measuring device that measures single servings or placed in packaging that clearly enables a consumer to determine when a single serving has been consumed.

According to 845-026-0100(45), scoring means to permanently, physically demark a cannabinoid edible in a way that enables a reasonable person to: 1) intuitively determine how much of the product constitutes a single serving, and 2) easily physically separate the edible into single servings either by hand or with a common utensil, such as a knife.

1. Loose gummies in a package where each gummy contains up to 10 mg THC per serving

2. 100 mg THC chocolate bar that is physically demarked into up to 10 mg THC servings that can be portioned by hand or knife

3. An individual cake or brownie bite that contains up to 10 mg THC per serving

According to an OLCC Rules Update Series – Session 2: Producer, Processors, and Transfer Privileges (16:00-18:45), the OLCC does not consider the following actions to constitute proper scoring:

2. Scores on underside of edible (not intuitive)

3. Scores that are fanciful (not intuitive)

4. Scores that may fade (not permanent)

5. Scores that are uneven or inconsistent (inaccurate servings)

6. Paper serving diagram to be overlaid (not permanent physical demarcation)

7. Score marks that are technically accurate, but cannot use hands or knife to separate due to the nature of product, such as hard candy or something too small (inaccurate servings)

As a best practice, the OLCC recommends using “a utilitarian scoring method that will provide consistent, accurate dosages in products.”

While this rule may seem minor, its impact on cannabis edibles manufacturers’ operations is oppressive.

We spoke with one of the largest cannabis companies in the state, who disclosed that, despite its size and market dominance, it is struggling with the scoring rule’s prohibitive consequences. This company doesn’t use molds and instead hand-cuts all products, and said they are simply “not positioned to transition over to scored [products].” To come into compliance with the rule, the company stated that it’s looking at no less than a $500,000 investment. These costs include purchasing industrial grade Baker Perkins and depositor trays, worth hundreds of thousands of dollars, in addition to hiring new staff who know how to use such depositors, training those who don’t, finding extra facility space, and using additional power.

The company has already let go of three employees due to anticipated costs and had to eliminate an entire product line due to the new requirements. Company leaders are also weighing outsourcing manufacturing to minimize compliance costs. The company commented that it has limited capital to be making such large and unanticipated expenditures and acknowledged that if a company of its size already feels the rule’s effects, then companies with exclusively edible products and locally-owned Mom and Pop cannabis shops face even higher obstacles to come into compliance, if they can afford to continue operating at all.

To get the perspective of small businesses, we also spoke with a small-scale edible company that is one of the oldest cannabis brands in Oregon. With only a handful of employees, the company disclosed that it may have to shut down entirely due to the prohibitive costs of coming into compliance with the new scoring rule. The rule reportedly affects 90% of their products, and since its edibles are all craft and hand-made, certain products simply cannot be scored due to shape, size, texture, and porousness. Even if products are physically able to be scored, the company confessed that profit margins are already so low in the edible market space that any change in packaging, processing, or lab testing threatens to put them under water. The company applied for an exemption for its product lines that it believed fell under an exception to the rule, but was given little guidance from the OLCC, apart from a flat denial and a suggestion that the company make different products.

Some companies see the OLCC as drafting rules to regulate the very worst industry actors, but the effects of these rules are felt hardest by businesses that operate well within compliance requirements. This stifles innovation and creativity in the market, essentially “locking down” an industry in which companies have proven repeatedly they are fully capable of producing high-quality, homogenized products.

So, what exactly is the OLCC trying to achieve by enacting these rules? The agency claims that part of its reasoning is to align Oregon with edible requirements of most other recreational marijuana states. Legislation enacted in Colorado, California, Washington, and Alaska requires similar scoring requirements for edibles containing 10 mg THC individually and up to 100 mg total per package. But with increased dosage coming into effect on April 1 in Oregon, the OLCC’s main alleged purpose is consumer safety, specifically, preventing over-consumption by adults and accidental consumption by children.

Cannabis companies push back on this premise, however, arguing that this reasoning isn’t based in science or fact. Similarly, there does not appear to be any recent uptick in consumer complaints or emergency room visits related to cannabis edibles consumption that would warrant the draconian crackdown OLCC is currently embarking on.

Companies point to extremely high dosage products, such as shatter, that have been on shelves for years and present a much higher risk of over-consumption by unknowing consumers compared to edibles. Companies also question why scoring high-dosage products is necessary when consumers who want to strictly monitor their consumption have access to a wide range of lower-dosage products at similar price points. Questions also arise surrounding the conspicuous lack of scoring requirements for medical edibles, of which the OLCC states “there are no serving size limits,” despite medical products having significantly higher dosages than recreational products.

Consumers and companies in other states that have scoring requirements also point out that scoring regulations have no direct tie to reducing accidental consumption by children. Curious toddlers are most susceptible to accidental consumption, but this age group lacks the ability to discern serving sizes even if scoring is present, rendering the practice essentially useless in real-world application.

It is possible that despite the OLCC’s alleged good intentions, the new rules will, in fact, drive consumers back to the illicit market—precisely the opposite effect that a regulatory agency’s rules should have on an industry. Companies that can afford to transition their practices to conform with the scoring requirements will be forced to recoup transition costs by hiking product prices higher. Companies who are forced to discontinue product lines or close down operations entirely will leave consumers empty-handed who rely on regular access to edibles for health and personal reasons. The end result from both scenarios is consumers turning to the underground illicit cannabis industry for products that accomplish their needs for cheaper, but these products, because they are illicit and unregulated, are also inconsistent, more dangerous, and are the product of illegal operations that destroy the surrounding environment and ravage nearby local communities with violence and petty crime.

In conclusion, an arbitrary change in OLCC regulations can have disastrous economic consequences, even for companies who are otherwise fully in compliance or, financially well situated. In the name of protecting historic small businesses in Oregon and preserving local economic health, we strongly urge the OLCC to consider easing scoring requirements or expanding exceptions for products that cannot be scored. If you are an edibles manufacturer in Oregon, do not hesitate to reach out to our attorneys at Green Light Law Group for guidance on operating in compliance with these new rules.