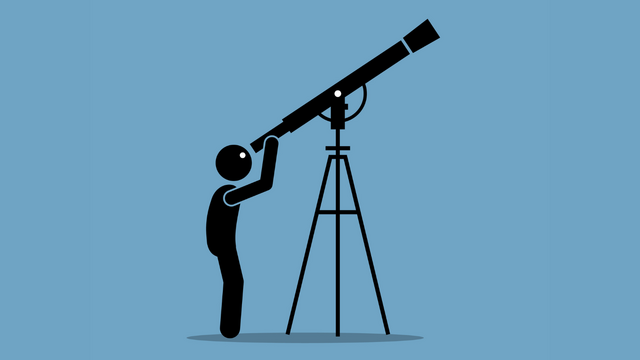 The survey opened on January 7, 2022, and closed on February 6, 2022, receiving 4,421 total responses. Data from this report will help OPS better prepare for license and compliance work in January 2023 when it starts accepting license applications for the program. Although the survey results are encouraging, it was distributed only via press release, OHA distribution and partner distribution lists, and posted onto the OPS website, so data collection was not randomized, and thus, the results cannot be generalized. Considering these limitations, the survey results provide a sneak peek into Oregonians’ business and personal interest in psilocybin services.

Who is interested in accessing psilocybin services and why?

Of those interested in accessing services, 72% list “general well-being” as their reason for seeking services. Depression and anxiety (both 64%) are a close second, followed by spirituality (48.9%), trauma-related issues (46.9%), addiction and substance use (17.2%), and end-of-life psychological distress (10.3%). Although no medical diagnosis is required to receive access to psilocybin services under Measure 109, these results show that psilocybin services are attractive to a wide variety of individuals, regardless of mental health conditions and life experiences.

15% of total responses indicated interest in obtaining facilitator training program approval. A majority plan to offer an in-person training program in Oregon (61.5%), while a minority plan to offer an online program (20.4%), and still fewer are undecided (13%). Although COVID-19 remains a persistent threat to in-person gatherings, the data show that most respondents view in-person, hands-on training, and its related educational benefits, as too valuable to move online. OHA’s proposed rules would require at least 30 hours of in-person “core” training, though OHA could waive the requirement during a Governor-declared emergency.

Facilitator training programs will likely be small at the beginning of Measure 109’s rollout. 52.2% of those who indicated interest in training program approval stated they have capacity to include less than ten students in their first cohort, while only 21.5% of respondents plan to include 10-20 students. Given that draft rules regarding facilitator training are still in progress, it is unsurprising that about 69% of respondents indicated that they have not yet started designing a curriculum.

36% of total respondents indicated interest in facilitator licensure. Although Measure 109 requires only a high school diploma or its equivalent for facilitator eligibility, 12.9% of those interested have an advanced degree (MD, ND, etc.), 35.4% have a graduate degree, and 26% have a bachelor’s degree. Just 15.9% of those interested have only a high school diploma or equivalent.

Interest in facilitator licensure is again representative across the gender spectrum. 40.7% of those interested identify as male, and 39.7% identify as female, with significant remaining responses identifying as non-binary, feminine leaning, masculine leaning, or preferring not to answer. Results are skewed again, however, regarding sexual orientation, with 57.2% identifying as straight, and nearly 10% preferring not to answer. Other sexual orientations represented minimally included bisexual, pansexual, queer, gay, and lesbian. Results concerning race are also skewed, with 52.9% of respondents identifying as Western European or Other White, while nearly 10% preferred not to answer.

Who is interested in service center licensure and manufacturer licensure, and how big will these operations be?

What is Oregon doing to increase equity and inclusion in the psilocybin program?

Measure 109 created an Advisory Board comprised of various stakeholders in the health and psychedelics community, who were then tasked with appointing additional stakeholders to several subcommittees focused on specific aspects of program development, including equity and its role in psilocybin. In an effort to acknowledge psilocybin’s ancient heritage in indigenous communities, the Equity Subcommittee sent a “Dear Tribal Leaders Letter” to each of the nine federally recognized tribal nations in Oregon, inviting Tribal community members to participate in discussions, sit on committees and subcommittees, or provide insight on designing a culturally sensitive program. The Equity Subcommittee did not receive responses to its letter, but other equity efforts are in play.

Two legislative efforts were made in Oregon this year that aimed to expand equity in Oregon’s burgeoning psilocybin program.

In late February, SB 1579, known as the Equity Investment Act, passed the state Senate, carried by Senator Akasha Lawrence Spence and House Majority Leader Julie Fahey. If signed into law, the bill would create an Equity Investment Fund, which would grant the Oregon Business Development Program $15 million to distribute to community-based organizations that support entrepreneurship, workforce development, and increased access to land and homeownership for underserved communities, with the ultimate goal of fostering economic development in historically disenfranchised communities that were most harmed by the War on Drugs. While not directly aimed at increasing access to psilocybin services or business licenses, it is possible that organizations who focus on entrepreneurship and workforce development could receive grants and use funds to increase access to what will soon be a very lucrative industry in Oregon.

The other legislative effort, SB 1580, seeks to create a task force to study issues of access and equity in Oregon’s developing psilocybin program. The task force would also complete a report and provide recommendations to the legislature for future reforms to increase access and equity. The bill is currently stuck in the joint Ways and Means committee, and while legislative sponsors are making a final push to get a vote on the bill, the clock is ticking as Oregon’s 2022 session nears its closing. Supporters of the bill include several members of the Oregon Psilocybin Advisory Board, and many of the legislative sponsors represent minority communities most impacted by the War on Drugs.