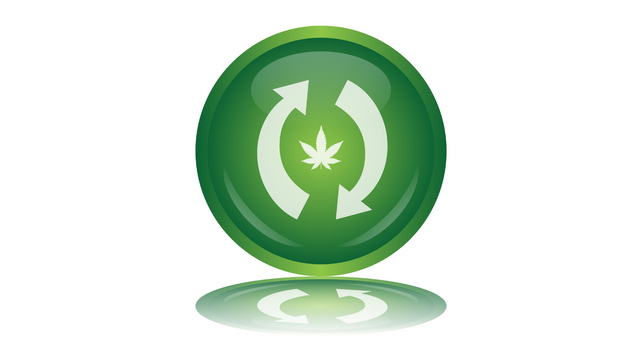 The Oregon Liquor Control Commission (OLCC) recently held its first rules advisory committee (RAC) meeting to discuss reclassification of cannabis license violations pursuant to Senate Bill 408 (SB 408). The most significant rule change is the OLCC can cancel a license only when the licensee’s conduct poses “a significant risk to public health and safety.” Additionally, SB 408 downgrades violations classified as Category I, the most serious which can lead to immediate license cancelation, to Category II, which carries a standard penalty of a 30-day license suspension or $4950 fine for the first offense. This blog post will discuss the major rule changes and internal OLCC policies that were discussed at the first RAC hearing.

The RAC hearing started with OLCC representative Rich Evans discussing how the agency will change many of its internal policies to reflect the policy considerations behind SB 408. Evans explained that he and other agency employees have been reviewing all outstanding violation cases (which go back to 2019) and are in the process of downgrading some violations or lessening them to warnings. Mr. Evans also indicated that going forward the agency will focus more on intentional violations and diversion.

(a) Exercising licensed privileges while the license is suspended, or in violation of restrictions imposed on the license;

(b) Allowing minors at a processor license;

(c) Prohibited conduct involving a deadly or dangerous weapon or conduct that results in death or serious injury;

(d) Prohibited use of pesticides, fertilizers and agricultural chemicals;

(e) Diversion, inversion, import, or export of marijuana, or other conduct described in ORS 475B.186;

(l) Intentionally destroying, damaging, altering, removing or concealing potential evidence, or attempting to do so, or asking or encouraging another person to do so.

A new rule has been proposed that a licensee could still be found to commit a Category I violation if they participate in a promotional event not approved by the OLCC. This new rule change was met with opposition, as some in the hearing believed such a violation should be scaled back to Category II in the absence of any showing of diversion.

Camera and recording requirements have long been a thorn in the side of license holders. Violations relating to cameras usually don’t come from intentional acts. Rather, violations usually arise from unexpected power outages, server errors, and incidental recording lapses. Often these errors aren’t the fault of licensees, but instead third-party providers who are hired to install and monitor camera systems. These burdens fall especially hard on rural license holders who do not have easy access to providers and are often forced to hire staff just to monitor these systems.

To the relief of licensees, most of the changes to camera requirements downgrade non-intentional violations from Category I to Category II. A licensee under the new rules could still be found to commit a Category I violation if the licensee has not maintained surveillance recordings and the OLCC has “reasonable grounds” to believe the licensee is engaging in diversion or inversion of marijuana product.

Cannabis license holders are required to retain legal control and have the right of access to their licensed premises. Though this rule seems straight forward, it has given rise to some extraordinary violation cases. For instance, a licensee could lose control through no fault of their own when their landlord sells the property from under them or commits other bad acts that keep the licensee from having control and the right of access. The new administrative rules would downgrade this violation to Category II; unless the licensee still has marijuana or hemp items in physical inventory at the licensed premises that they have lost control or access to. The OLCC also commented that the agency would work with licensees to change their licensed location if they lose control through no fault of their own.

This is an entirely new rule, and it gives the Commission the power to cancel, suspend, restrict, or require mandatory training if the Commission finds or has “reasonable grounds” to believe that a licensee has a history of a lack of institutional control. OLCC Director of Administrative Hearings Kelly Routt explained that this rule comes directly from OLCC’s rules on alcohol enforcement. In making the determination regarding intuitional control the Commission is to focus on the nature, number, and seriousness of violations (ex. Danger to public health, unlawful or dishonest conduct, or diversion).

RAC member and cannabis attorney Lee Berger brought up the vague wording of “reasonable grounds” and possible Due Process issues. Alex Tinker, another cannabis attorney, stated that “reasonable grounds” could be an okay metric for issuing a notice violation, but stressed the agency should be required to make a full finding to cancel a license. Rich Evans from the OLCC responded that in the alcohol sector these violations only occur in extreme cases where a licensee has “30 to 40” violations.

Our marijuana business attorneys are active in the formations of laws that govern the cannabis industry. Our partners have served on the Executive Committee of the Oregon State Bar Cannabis Law Section since its inception. The firm’s lawyers have been consistently engaged in contested administrative proceedings involving OLCC licenses, including license revocation proceedings, since the OLCC first began enforcing cannabis regulations. Let's talk about your Oregon cannabis industry business.