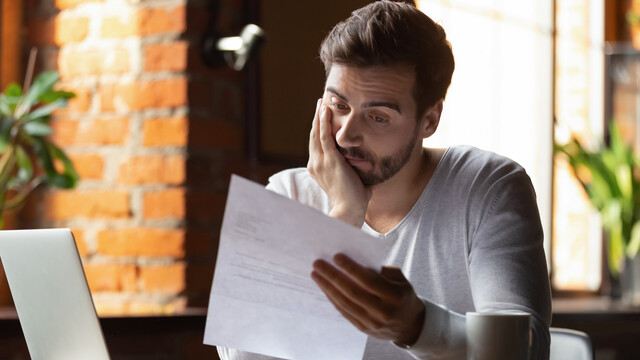 Oregon licensees can have every intention of complying with Oregon’s marijuana laws and regulations, yet still be served with an Oregon Liquor Control Commission (OLCC) Notice of Proposed License Suspension or Notice of Proposed License Cancellation. Despite reasonable and diligent efforts to comply with the regulations governing growers, retailers and other licensees, a licensee can, at any time, receive a Notice related to something clearly unintentional.

For example, even after investing in expensive surveillance cameras, recording and alarm systems, licensees may be penalized when these systems occasionally fail or do not operate properly, and despite the licensee’s best efforts, may be served with a Notice of Proposed License Suspension or worse, cancellation and refusal to renew – all for purely unintentional conduct.

Filing a timely response is absolutely necessary to protect the licensee’s interests. If the licensee fails to timely respond, they automatically forfeit their right to contest the Notice. In other words, by failing to respond, the licensee will be considered to have agreed with the “proposed” license revocation, suspension or other penalty. So, the first decision the licensee should make is simply not to concede by way of forfeiting their rights. Even though a Notice may only suggest a minimal penalty or suspension, it is always worthwhile to initially contest the Notice for several reasons.

First, though an initial Notice may propose a modest penalty or suspension that may not seem significant enough to contest, if uncontested, it will be considered a prior violation and can have a prejudicial effect on the licensee if other violations are later alleged. As a result, when determining the penalty for a second alleged violation of the same nature as a non-contested earlier alleged violation, the OLCC may assert such arguments as “this is the second violation of this type within two years” and instead then seek cancellation. Or, the OLCC may use a history of uncontested alleged violations as aggravating circumstances and the basis for which to seek greater penalties against the licensee. Common citations seen in many OLCC Notices under “Aggravating Circumstances” include OAR 845-025-8590(4)(e)(B) & (J), and are respectively used by the OLCC to argue for greater penalties on the basis of “repeated failure to comply with laws” or that “three or more violations within a two-year period, regardless of the category … indicate a disregard for the law or failure to control the premises.”

Second, by contesting the notice and employing pre-hearing discovery methods available to a licensee (to be discussed in a subsequent Green Light article), the licensee can potentially secure a reduction or even dismissal of an alleged violation or Notice before a hearing. By promptly requiring that the OLCC provide the evidence it will rely on to prove its case, it may become apparent to the licensee and/or the OLCC early on that the allegations within the Notice are not supported by the evidence furnished.

Once the licensee determines not to concede or forfeit, the correct response must be filed, as an insufficient or late response is the same as not responding at all. Unless the license is held individually (that is, not through a business entity), it will be necessary to retain a lawyer since Oregon law requires that corporations and partnerships be represented by an attorney at OLCC hearings. Though this is obviously a factor increasing the cost to defend a sometimes modest proposed penalty or suspension, it may have long term benefits for the licensee’s record by preventing an overstated history of regulatory violations resulting in greater penalties, suspension or revocation.

After retaining a lawyer, the next step is simply to file the appropriate response to avoid forfeiting rights to contest the Notice - a Request for Hearing. Depending upon the severity of the violation, the licensee may also be required to file an Answer admitting or denying the various allegations in the notice and any defenses.

Once the licensee or their attorney has timely filed a Request for Hearing (and, if applicable, an answer), the licensee has preserved their rights and secured time to make an informed decision as to how to best proceed – and more importantly – has not lost automatically! Our next article in this series will discuss how to best litigate violations with the OLCC and guidance to help minimize business owners and licensee exposure to OLCC sanctions.