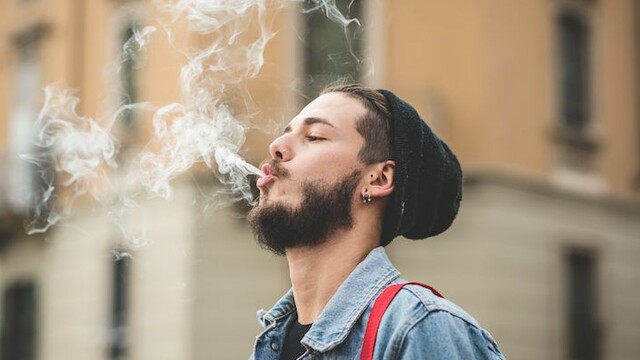 Happy 4/20 y’all! While cannabis consumers across the country are gathering to celebrate the highest of holidays—4/20—no legalized marijuana state permits public use, so any and all celebrations must occur indoors and on private property. That might change soon in Oregon, as state lawmakers are considering legislation that would provide an exception to Oregon’s existing prohibition on engaging in the use of marijuana products in public.

The bill, if enacted, would authorize the Oregon Liquor Control Commission to issue new “temporary event” and “cannabis lounge” licenses, with the OLCC responsible for promulgating regulations allowing for implementation of the proposed licensing regime. The law would permit the sale and consumption of marijuana products at authorized events, and the consumption—but not the sale—of marijuana products at cannabis lounges, provided the establishment obtains the appropriate OLCC license.

There is one major catch—local governments can still decide whether they will allow public cannabis consumption within their local borders. The two versions of the bill, Senate Bill 307 and Senate Bill 788, are identical in nature, other than the provisions relating to local control. Senate Bill 307 would require municipal governments to affirmatively opt-in to the new licensure law, which means the OLCC will not issue licenses to applicants located in cities and counties that have not adopted an ordinance allowing for public use. Senate Bill 788 instead contains an opt-out provision, allowing municipal governments to enact ordinances banning public use altogether, regardless of the availability of state-issued licenses.

The provisions of the bill related to temporary event licenses: (1) prohibit the OLCC from continuously issuing temporary event licenses for the same location; (2) require that any marijuana items sold at temporary events be purchased from a licensed marijuana retailer; and (3) require applicants to submit a plan detailing how they plan to prevent access to the event by individuals under the age of 21. Cannabis lounges could only allow marijuana use in designated, enclosed areas, and the establishment must have ventilation systems designed to exhaust smoke, aerosols, and vapors located throughout the premises. The law would prohibit the “production, propagation, processing, and sale” of marijuana items at cannabis lounges, despite allowing for the sale of cannabis products at temporary events. It would also prohibit gambling, and the consumption and sale of tobacco and alcohol, on the premises of both temporary events and cannabis lounges.

It will be interesting to see whether Oregon lawmakers choose to move forward with the bill, given that Trump administration officials have suggested a potential crackdown on the recreational marijuana industry. We have heard very recent rumors they may gut both bills completely. Colorado lawmakers recently decided to nix a bill that would allow marijuana use in designated, members-only clubs due to the existing uncertainty in federal marijuana policy under President Trump. This means even if Oregon lawmakers fully support the idea of providing the public with a place to toke, the risk of federal government interference could nevertheless persuade lawmakers to let Senate Bill 307 and 788 go up in smoke.