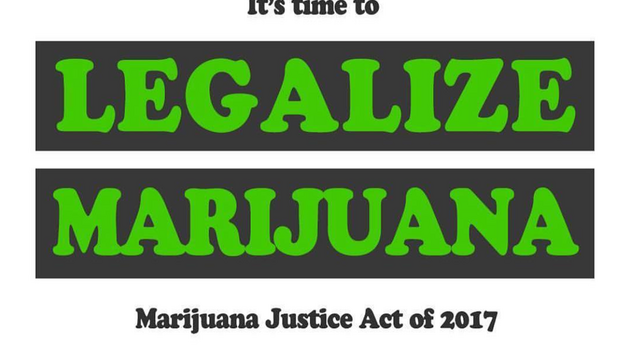 Any federal funds withheld from the states would be placed in a federally-administered “Community Reinvestment Fund,” and later distributed to communities most affected by the war on drugs. Local communities could use grant funds to establish job-training and re-entry programs for ex-offenders, build public libraries and community centers, establish youth programs, and promote health education. Senator Booker introduced the broad-sweeping legislation “in an effort to remedy many of the failures of the War on Drugs,” as he says [the War on Drugs] has “locked up millions of nonviolent drug offenders—especially for marijuana-related offenses—at an incredible cost of lost human potential, torn-apart families and communities, and taxpayer dollars.”

While the Marijuana Justice Act has virtually zero chance of passing in the Republican-controlled Congress, the legislation is significant insofar as it signals increasing acceptance of legalization among prominent politicians. Senator Booker is a high-profile member of the Democratic party, and also a strong contender for the 2020 Democratic presidential nomination. In 2015, Senator Booker declined to endorse legalization of recreational cannabis at the federal level during an interview with Vox, focusing instead on the importance of providing medical marijuana access to patients in desperate need of novel medical treatments. Given that Senator Booker was reluctant to endorse non-medical cannabis legalization just two years ago, his recent introduction of the Marijuana Justice Act demonstrates how quickly political and social norms are changing with respect to legalization.

We encourage you to stay up-to-date on the latest federal legislative developments by subscribing to the Green Light Law Group monthly client newsletter and blog!