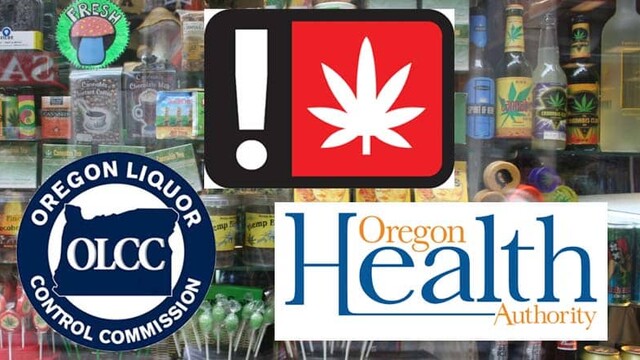 The Oregon Liquor Control Commission (OLCC) and Oregon Health Authority (OHA) govern the rulemaking process for marijuana, in the state of Oregon. While the OLCC is responsible for regulating recreational marijuana, OHA monitors the medical marijuana market. Recently, though, the OLCC and OHA have merged their efforts due to the introduction of new packaging and labeling requirements for both recreational and medical marijuana. On June 28, 2016, the temporary rules currently in place for the marijuana packaging and labeling programs will expire and the new requirements will become effective. The OLCC recently stated they are temporarily halting all new packaging and labeling applications to allow for these requirements to be put in place. After June 28th, the OLCC will be responsible for ensuring that all marijuana licensees comply with the new packaging requirements. The OLCC must also manage the packaging and labeling submission and approval process for both recreational and marijuana products. OHA, on the other hand, will be responsible for implementing the new labeling requirements. According to the OLCC, the permanent rules for packaging and labeling will be different from the temporary rules. What are the new packaging requirements? Packages must meet the standards for child resistance. This requirement was not mentioned in the temporary rules, but the new rules will require a third party testing agent to test all packages. Packages must not be attractive to minors. A package is said to be “attractive to minors” if it features cartoons, a design, brand, or name that resembles a non-marijuana consumer product of the type that is typically marketed to minors; or contains symbols or celebrities that are commonly used to market products to minors. Must not contain any untruthful or misleading information. For example, the OLCC advises: “if you are not certified as organic, do not put that on your package.” What are the new labeling requirements? Label must contain the universal symbol (shown below). The symbol must be at least .48 inches wide by .35 inches high. As of October 1, 2016, this symbol will be required on all marijuana products being sold in Oregon, including marijuana plants, seeds, usable marijuana and cannabinoid products, as outlined in OAR 333-007. Marijuana Packaging and Labeling 2. Label must contain a principal display panel (OLCC example shown below). A principal display panel is the portion of the package that is most likely to be seen by the consumer at the point of purchase. It must include the product identity, net weight, and the universal symbol. Marijuana Packaging and Labeling 3. Label must use no smaller than 8 point Times New Roman, Helvetica or Arial font. 4. Label must be in English. 5. Label must not be unobstructed and conspicuous. 6. Label must not contain any untruthful or misleading statements. The new packaging and labeling rules will also require licensees to submit an online application and fee to the OLCC. The cost for each label and package submitted for approval is $100.00. Therefore, the amount for one package, and one label for approval is $200.00. Importantly, the OLCC is taking measures to facilitate the transition from the temporary rules to the new rules. For example, it is creating an online application system that will simplify the application process while also implementing a new packaging labeling applications system, which will be activated on August 1, 2016. This, says the OLCC, is also the time at which it will begin accepting packaging and labeling applications again. By the end of this month the temporary rules will have expired, and all recreational and medical licensees will have to follow the new guidelines outlined above. If you have any questions about the new packaging and labeling requirements, feel free to call our firm.