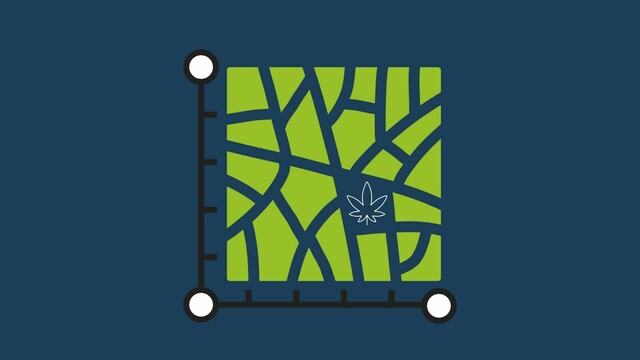 My colleagues and I recently attended the Washington Cannabis Association’s (WACA) summer meeting in Walla Walla, WA. We heard from regulators, politicians, and most importantly, cannabis businesses. One common refrain we heard from producers was a new policy from the Washington State Liquor and Cannabis Board (WSLCB) with regards to how the board is enforcing rules surrounding plant canopy.

Reports from the WACA conference indicate that there has been a change, starting in about April, in how WSLCB Enforcement determines what is considered “canopy.” Area that was previously not considered canopy, such as pathways surrounding plots where cannabis is growing or corridors between rows of plants, are now being classified as canopy. As a result, Enforcement is finding violations even though many producers have made no changes to the amount of cannabis they grow and are operating pursuant to previously approved floor plans. It appears that this change is mainly due to the Enforcement’s change of policy, not due to changes in how cannabis producers are operating.

On June 30, 2022, Enforcement sent a message to all licensees stating that “in October 2021, the [WSLCB] communicated the Enforcement and Education Division’s protocol related to canopy enforcement.” Without outright saying it, this appears to be an acknowledgement of the new policy regarding canopy. More importantly, the message states the following:

Related to canopy, for the duration of 2022, any seizure or directive to have a licensee cut down over canopy plants must be based on a canopy measurement that would be over canopy if the pathways (or areas between rows) were not included in the calculation.

In the meantime, the WSLCB will continue to develop an enforcement strategy.

The term “canopy” does not appear in the text of Initiative 502 (I-502) the legislation that established, along with Colorado, the first recreational cannabis market in the United States. The term was coined by the WSLCB through rulemaking:

“Plant canopy” means the square footage dedicated to live plant production, such as maintaining mother plants, propagating plants from seed to plant tissue, clones, vegetative or flowering area. Plant canopy does not include areas such as space used for the storage of fertilizers, pesticides, or other products, quarantine, office space, etc.

The maximum amount of space for marijuana production cannot exceed the amount licensed. Applicants must designate on their operating plan the size category of the production premises and the amount of actual square footage in their premises that will be designated as plant canopy. There are three categories as follows:

This same regulation goes onto state that if the square footage of plant canopy exceeds the allotted amount for the tier, the WSLCB will reduce the allowed square footage to bring it within the applicable tier.

This is not the first time that the WSLCB has taken enforcement action in relation to canopy space. For example, according to the Walla Walla Union-Bulletin the WSLCB destroyed approximately 13,000 pounds of cannabis in November 2021 for alleged canopy violations.

However, in 2022 it appears that Enforcement has adopted a broad new policy regarding canopy enforcement that differs from the approach they have taken for several years. This is not an isolated incident. WSLCB’s Enforcement has not issued an enforcement bulletin or interim policy notifying license holders of the change and has not given the license holders an opportunity to weigh in on this new policy, as would be required if the WSLCB were to change the rules around canopy space. In Washington, such a rule change would require a notice and comment period. To my knowledge, Enforcement has not begun said process.

Based on conversations with my contacts at the WSLCB and based on the message from Enforcement, it does appear that the agency is concerned over Enforcements new canopy policy. We are hopeful that the agency will address this. However, if you have been negatively impacted by this policy, we can help you in appealing the WSLCB’s decision.

If you have received a notice from the WSLCB regarding canopy or if you are concerned with how this policy will impact your business, do not hesitate to reach out.

What Will New York Do if Dispensaries Do Not Open in Time?