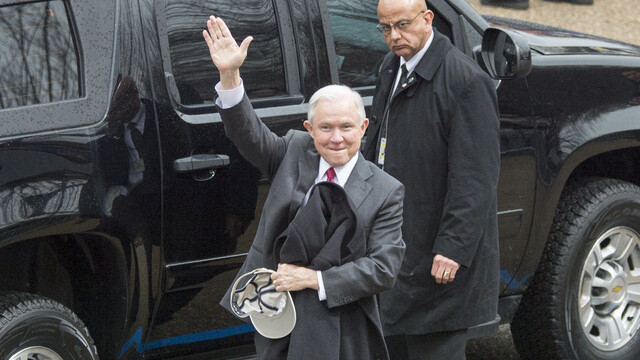 By now most of you have probably heard that the Cole Memorandum, the U.S. Justice Department’s official guidance issued to states with legalized and regulated marijuana programs in 2013, has been officially rescinded by United States Attorney General Jeff Sessions. While today’s announcement by the AG is irrational, contradicts statements he made during his Senate confirmation process, and is against the will of a majority of the American people, it is also not entirely unexpected. For a variety of reasons, some of which are outlined below, we encourage all of our friends, colleagues and clients to remain calm and take today’s events for what they are (foolish political posturing) and not for what they are not (the end of cannabis industry and a return to draconian prohibition policies).

Since the news of Jeff Sessions’ impending announcement broke at approximately 5:30 a.m. Oregon time, the Green Light Law Group team has been analyzing the issues involved and keeping close tabs as the issue has developed. As this very hectic day comes to a close, we feel that it is important that we all take a look under the surface to see what has really occurred and how it will impact you and the rest of the us in the cannabis industry:

First, it is important to note that while the Cole Memorandum has been rescinded, it has not been replaced by any specific policy directives or enforcement priorities with respect to marijuana. Indeed, today's memo from the AG rescinds the 2013 Cole Memo, but it notably does not direct the Criminal Division of The U.S. Justice Department and DEA Headquarters to begin a new campaign to prosecute state legal marijuana businesses. Rather, today’s announcement by the Justice Department replaces the Cole Memorandum with the prosecutorial discretion of individual U.S Attorneys in states where marijuana has been legalized by the will of the people in those states (more on this below). Unless and until today’s action is followed up with any new policy directives from Mr. Sessions’ office ordering the U.S. Attorneys to actively and aggressively investigate and prosecute state-licensed marijuana businesses, there does not appear to be any change in federal enforcement or increased danger to Oregon licensees.

Second, the political backlash against the AG’s actions today began almost immediately—and it is resoundingly bi-partisan. By the time the clock struck 9:00 a.m. in Portland, two Republican Senators had already expressed their shock and outrage. Cory Gardner, Colorado Senator and member of the Senate Judiciary Committee, publicly stated that he feels deceived by Mr. Sessions and intends to hold up confirmation of President Trump’s nominees for those Justice Department posts in light of today’s announcement. Senator Lisa Murkowski, Republican from Alaska, echoed Mr. Gardner’s statements indicating that she had believed that the AG would have worked more closely with the States and with Congress before taking such a disruptive action to economies of states with legal and regulated marijuana programs. By lunchtime, just about every state and local senator, representative, governor, and attorney general in our largely democratic part of the world had expectedly come out strongly in opposition to the move by the AG, including our own Representative Earl Blumenauer who called the move “outrageous.”

Third, by the time most of us were heading home from work today, the U.S. Attorneys to whom the prosecutorial discretion was granted this morning all announced that the rescission of the Cole Memorandum this morning would not change anything with respect to the enforcement of marijuana crimes in each of their respective states. Our own U.S. Attorney, local Oregonian Billy Williams, issued the following statement: “We will continue working with our federal, state, local and tribal law enforcement partners to pursue shared public safety objectives, with an emphasis on stemming the overproduction of marijuana and the diversion of marijuana out of state, dismantling criminal organizations and thwarting violent crime in our communities.” If you parse through his statement, he is merely echoing the directives of the Cole Memorandum. The statements by the U.S. Attorneys of Washington, California, and Colorado were all of similar content and sentiment.

So, what can we, as an industry, take away from today’s events? We think the single most important message from today’s events is nothing new to us: the importance of compliance; and to that end, the importance of having an “effective” and documented compliance program in place for your cannabis business. Fortunately, even viewed through the lens of an uncertain U.S. Justice Department, there is guidance available from the DOJ as to what constitutes an “effective” compliance program in the context of regulated and potentially criminal activity (e.g. financial crimes), and there are experts out there (including us) who can help you get those in place.

At the end of the day, the best defense to federal prosecution is just as it was at the beginning of the day, maintaining compliance with your regulatory regime. And so, at the end of this day, our message to all of you tonight is to enjoy your meals, be close with your family and loved ones, and sleep soundly knowing that tomorrow the sun will rise again over a thriving cannabis industry in Oregon and beyond!