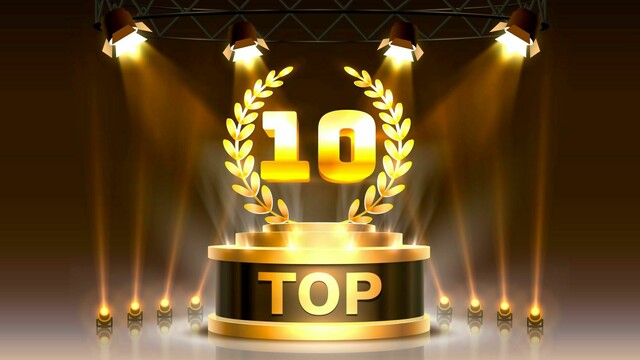 On October 6, 2022 President Biden announced that he would pardon all Federal offenses of simple marijuana possession, urge governors to do the same for state offenses, and instruct his administration to initiate proceedings to reschedule or deschedule cannabis. The Department of Justice and the Department of Health and Human Services have the power under federal law to move marijuana out of Schedule I of the Controlled Substances Act (CSA). Biden’s announcement could very well be the beginning of the end of Federal cannabis prohibition. You can read more about this development here:

Could Pot Be Decriminalized Before Biden Leaves Office?

2) The Medical Marijuana and Cannabidiol Research Expansion Act is Signed into Law.

In December, President Biden signed the first ever standalone cannabis bill into law. The new law will allow US researchers to study cannabis without cutting through quite as much red tape. The research conducted under this new law could be used to reevaluate marijuana’s status as a Schedule I substance. For more information checkout our blog post, The New Marijuana Research Bill is Another Sign that Federal Prohibition is Ending.

In 2022, several states faced legal challenges related to the Dormant Commerce Clause (DCC). The DCC is based on the Commerce Clause in the Constitution which grants Congress the power to regulate commerce among the states. The DCC is a well-established legal doctrine establishing that because the Constitution granted the power to regulate interstate commerce to the Federal government, states are prohibited from enacting laws that discriminate against or unduly burden interstate commerce. In August, a federal judge nullified Maine’s residency requirement for cannabis business, as covered by MJBizDaily. Regulators in New York have faced a similar challenge. Green Light Law Group has sued the state of Oregon on behalf of Jefferson Packing House on the grounds that Oregon’s ban on the export of cannabis violates the DCC. You can read more about that case and the DCC issue in New York here:

4) The US Court of International Trade Allows for Cannabis Paraphernalia Importation.

In the case Eteros Technologies USA vs. United States, the US Court of International Trade held that Washington’s repeal of certain prohibitions related to marijuana drug paraphernalia exempted the Federal prohibition on importing drug paraphernalia to ports in Washington. A more detailed analysis of the case and what it means for companies who import cannabis-related goods is available here: Cannabis Paraphernalia: Custom and Border Protection Loses Case

5) DEA Considers Cannabis Seeds with Less Than 0.3% THC to be Hemp and not Marijuana.

In January a letter from the DEA stated that the agency does not consider cannabis seeds with less than 0.3% THC to be marijuana. Instead, the DEA considers such seeds to be hemp, which is federally legal, though tightly regulated and not as a controlled substance. Read more here: DEA Declares Marijuana Seeds Below THC Limit are Legal Hemp.

On May 19, 2022, the United State Court of Appeals for the Ninth Circuit (9th Circuit) ruled that the plain and unambiguous text of the 2018 Agricultural Improvement Act (2018 Farm Bill) compelled the court to the conclusion that e-cigarette and vaping products containing delta-8 THC are lawful under Federal law. Full coverage of this decision is available here: Federal court Rules Hemp-Derived Delta-8 THC is Lawful.

The FDA has sent more enforcement letters to CBD businesses in 2022 than in any prior year, with the latest batch sent in November pushing the total to 33. The FDA also expanded its focus to products containing Delta-8 THC. Read more here:

The FDA is Quietly Targeting CBD in 2022

Over the summer, Minnesota lawmakers passed legislation allowing THC infused food and beverage items containing up to 5 milligrams per serving and 50 milligrams per package but did not outright legalize “marijuana” (i.e., cannabis plants with a THC concentration of greater than 0.3%). Instead, THC products in Minnesota must be derived from hemp plants and cannot exceed a total concentration of 0.3% delta-9 THC. This makes Minnesota, at least temporarily a hot spot for hemp products containing an intoxicating level of THC. While a single item can only contain 50 milligrams of THC, there is no limit as to how many such products one person can purchase or possess. This issue is covered in detail here, Minnesota Legalizes THC and May Open New Market for Oregon Hemp Producers.

On Election Night, cannabis-related initiatives five states considered initiatives that would legalize cannabis with only two passing. Despite these high-profile losses, 2022 saw major legislative victories for cannabis. For a detailed list of these developments, check out NORML’s 2022 Legislative Report.

Brittany Griner, two-time Olympic Gold medalist, WNBA Champion and Phoenix Mercury all-star, spent nearly ten months in Russian custody for the possession of less than a gram of cannabis oil. On December 8, President Biden announced that she would be released in a prisoner-swap with Russia. She is now safe back in the US. Hopefully, seeing the harsh penalties imposed by Russia will cause the Biden Administration to fast-track legalization in the US. For more information on Griner’s release, check out this article by Char Adams from NBC News: Black Women Played a Critical Role in Helping to Free Brittney Griner