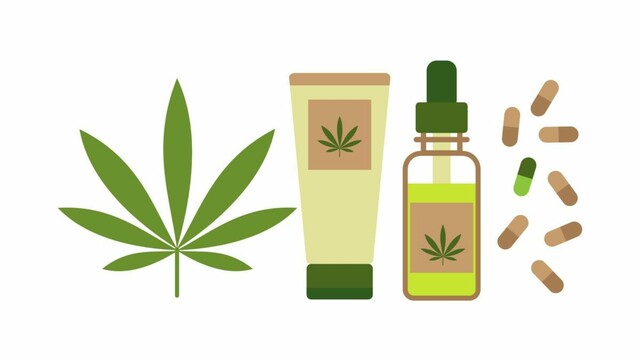 On December 17, 2020, the Federal Trade Commission (FTC) announced a crackdown on deceptively marketed CBD products (the Announcement). We have been warning about the FTC’s regulatory authority over CBD, so while the announcement is important, it is not necessarily surprising. The cannabis industry, especially businesses involved in the manufacture and sale of hemp-derived cannabidiol (Hemp-CBD), should take note of the FTC’s first law enforcement crackdown because we expect more to follow.

The Announcement focused on the FTC’s enforcement actions against six sellers of Hemp-CBD products who the FTC claims made unsupported claims about their products treating serious health conditions. Here is what that looks like, per the Announcement:

The FTC is requiring each of the companies, and individuals behind them, to stop making such unsupported health claims immediately, and several will pay monetary judgments to the agency. The orders settling the FTC’s complaints also bar the respondents from similar deceptive advertising in the future, and require that they have scientific evidence to support any health claims they make for CBD and other products.

The six settlements announced today send a clear message to the burgeoning CBD industry: Don’t make spurious health claims that are unsupported by medical science,” said Andrew Smith, Director of the FTC’s Bureau of Consumer Protection. “Otherwise, don’t be surprised if you hear from the FTC.”

In making the Announcement, the FTC also published a blog post emphasizing that Hemp-CBD marketing is squarely in the agency’s cross hairs. The first paragraph from that post warns of a paradigm shift in the Hemp-CBD industry:

“It’s the Wild West out there!” How often have you heard that statement made about health claims for products containing CBD? But here’s the thing: It’s not the Wild West. In fact, health-related representations for CBD products are subject to the same established requirements of scientific substantiation the FTC has applied for decades to any advertised health claim.

Much of the legal discussion around Hemp-CBD has focused on the Food and Drug Administration (FDA). The FDA and the FTC work together to regulate the marketing of food, drugs, cosmetics, tobacco, and a host of other consumer goods. The FDA has been at the forefront of the discussion because it has been more active in calling out Hemp-CBD marketing. I say “calling out” because that’s what FDA enforcement has looked like. The FDA has sent numerous warning letters to Hemp-CBD companies about unsubstantiated health claims and has frequently issued press releases, policy statements, and FAQs concerning the unlawful marketing of Hemp-CBD. The FTC has also sent warning letters but not with the same frequency as the FDA.

The Announcement ushers in a new regulatory reality with higher stakes. The FTC is not just warning Hemp-CBD companies, it’s filing complaints against them. The six companies targeted by the FTC all settled, according to the Announcement, and five of them “include a financial remedy.” That’s a diplomatic way for the FTC to say that they hit these companies where it hurts, the wallet.

As an attorney who frequently works with Hemp-CBD companies I can say that entrepreneurs in the Hemp-CBD industry are pretty comfortable with some amount of regulatory risk. Risk tolerance can be an asset in an emerging industry because market demands outpace the slow process of regulators face in building a compliant framework for novel products. But, there is a fine line between being savvy and reckless. Every Hemp-CBD company out there should reevaluate their marketing strategy in light of the FTC announcement. If you are not sure what to do next, give us a call and continue to monitor the Green Light Law Blog for more developments.