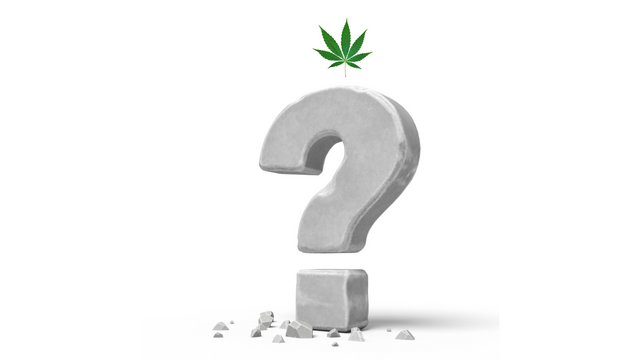 The letter outlines the hypocrisy of marijuana’s current classification as a Schedule I substance, which is reserved for the most dangerous drugs:

The CSA imposes criminal penalties for the use and distribution of certain drugs that vary in severity according to each drug’s “schedule.” A Schedule I drug is classified as having “no currently accepted medical use” and “a high potential for abuse.” Currently, the CSA classifies cannabis as a Schedule I substance, alongside substances like heroin and ecstasy. In contrast, arguably more harmful substances such as cocaine and OxyContin are classified as Schedule II substances, which are less stringently regulated. (Citations omitted).

The portion of the CSA that empowers the Attorney General (AG) to schedule substances is codified as Title 21 of the U.S. Code, Section 811 (21 USC 811). Under that statute, the “Attorney General may by rule, remove any drug or other substance from the schedules if he finds that the drug or other substance does not meet the requirements for inclusion in any schedule.” 21 USC 811(a)(2). Before initiating rulemaking to remove a drug from a schedule, the Department of Health and Human Services (HHS) must evaluate the substance. If the HHS Secretary recommends descheduling a drug, that decision is binding on the Attorney General. However, if the HHS Secretary recommends that the substance be rescheduled or remain in the current schedule, that is not binding on the AG. For the purpose of the CSA, the Attorney General delegates its power to the DEA and the HHS delegates its power to the Food and Drug Administration (FDA).

Where Does Joe Biden Stand?

Last year, when President Joe Biden was appointing members to his cabinet, we profiled eventual Attorney General Merrick Garland and eventual HHS Secretary Xavier Becerra. Of the two Cabinet members, Becerra has the better cannabis credentials, having served as the Attorney General for the state of California. When Jeff Sessions repealed the Cole Memo in January 2018, Xavier Becerra criticized the move and vowed to uphold California state law with regards to marijuana. Garland’s position on cannabis is less clear but as Attorney General, he has not made any effort to crack down on cannabis since he began leading the Department of Justice.

While Biden has not been pro-cannabis, it is not clear whether Biden would stop Garland and Becerra from descheduling cannabis, as requested in the letter from Warren and Booker. Biden has the power to remove both Becerra and Garland from office, the question is whether or not an attempt to deschedule would count as a fileable offense in Biden’s eyes.

It does not appear that Garland or Beccera are interested in descheduling as there have not been any public efforts to do so since the two received Booker and Warren’s letter. Additionally, simply descheduling cannabis at the federal level is an imperfect way to legalize cannabis. If cannabis was descheduled tomorrow, there would be some major benefits. For one, IRC 280E would no longer apply to cannabis businesses, allowing businesses to take usual deductions as it only impacts Schedule I and II substances. In addition, criminal penalties associated with cannabis would no longer apply on a federal level if cannabis is decriminalized.

However, decriminalization would not establish a legal, federal market. It could lead to a race to the bottom with states relaxing environmental and pesticide regulations to attract businesses to their local market. Descheduling also does not, on its own, address many of the major concerns around legalization such as the need for social equity and consumer protection. To establish a tightly regulated national cannabis market, Congress needs to pass comprehensive cannabis legislation. Getting a legalization bill through the House is realistic, but due to the filibuster, getting a bill through the Senate is a long shot. At the very least the letter from Warren and Booker should motivate their colleagues to prioritize federal cannabis reform. If not, the future of cannabis could be shaped by executive agencies rather than the legislature.