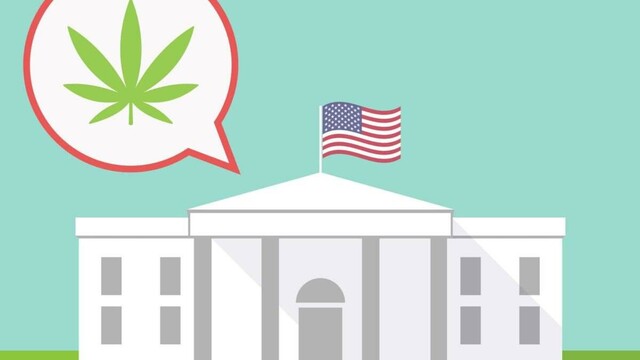 President Joe Biden’s cabinet is starting to take shape. Those appointed, specifically to the positions of Attorney General (AG) and Secretary of the Department of Health and Human Services (DHHS), have the power to essentially legalize marijuana at the federal level. The CSA grants the AG and the DHHS Secretary the ability to remove a substance from a given schedule. The Attorney General delegates its power to the Drug Enforcement Administration (DEA) and the DHHS Secretary delegates its power to the Food and Drug Administration (FDA). The CSA places substances on certain schedules based on their danger to society with Schedule I reserved for the most dangerous drugs. Marijuana is a Schedule I substance, alongside heroin and meth.

This is the second post in a two-part series. (Read part one here.) Today we’ll take a look at Biden’s picks for DHHS Secretary the current head of the FDA.

Xavier Becerra was the Attorney General for the state of California before being selected by Biden to run DHHS. Becerra has strong credentials showing his support for marijuana reform. When Jeff Sessions repealed the Cole Memo in January 2018, Xavier Becerra criticized the move and vowed to uphold California state law with regards to marijuana. Becerra’s office sided with a licensed marijuana business in its lawsuit against Santa Cruz County regarding marijuana delivery. However, Becerra also oversaw a large sale eradication effort focused on illegal marijuana grows in California, which drew praise from California police. Becerra has shown that he is willing to stand up for and enforce California’s marijuana laws.

In 2017, Becerra told the LA Times that the federal government had to “catch up” regarding cannabis law. Becerra is now in a position to do just that.

Dr. Janet Woodcock is the acting FDA Commissioner. According to Politico, the Biden administration considers Dr. Woodcock as the front runner for the permanent job of Commissioner. Dr. Woodcock joined the FDA in the 1980s and has spent decades in the agency, with much of her time focused on the Center for Drug Evaluation and Research (CDER). Her history with CDER has become a point of contention. The Guardian reports that 28 groups fighting the US opioid epidemic have written a letter to President Biden asking him to appoint a permanent Commissioner to replace Dr. Woodcock because she oversaw the CDER and sided with pharmaceuticals who developed opioids leading to the pandemic.

Dr. Woodcock also has handled at least one cannabis-related issue in her time at the FDA. In July 2018, Tom Angell reported for Forbes, that the FDA denied a request from an anti-legalization group, Drug Watch International, to place marijuana and its derivates on a list of restrictive substances. Dr. Woodcock penned a letter to Drug Watch International stating that the move is, “not necessary for the protection of public health.” The denial does not indicate that Dr. Woodcock, the CDER, or the FDA were in favor of marijuana legalization. Instead, Dr. Woodcock’s letter pointed to the laws and regulations already in place that could be used to prevent the sale of marijuana for use as a drug, meaning that Drug Watch International’s concerns were already adequately addressed.

Another potential candidate for the permanent FDA Commissioner is Dr. Amy Abernethy. Dr. Abernathy has led the FDA’s work group on regulating hemp-derived cannabidiol. Dr. Abernethy is likely one of the most informed individuals at the FDA on issues relating to cannabis but she also bears some of the responsibility in failing to provide any regulatory framework for CBD products. On that note, the White House Office of Management and Budget recently withdrew the FDA’s proposed enforcement policy on CBD before that policy was ever made public. Hemp Industry Daily reports that this was a result of a memo from Biden telling all federal agencies to withdraw pending rules and policies.

Whoever leads the FDA next will have a lot on her plate as the agency continues to focus on COVID-19. Neither Dr. Woodcock nor Dr. Abernathy appear to be support the removal of marijuana from the CSA, but whoever is appointed will report to Becerra, which may push the FDA’s policy on cannabis in the right direction.