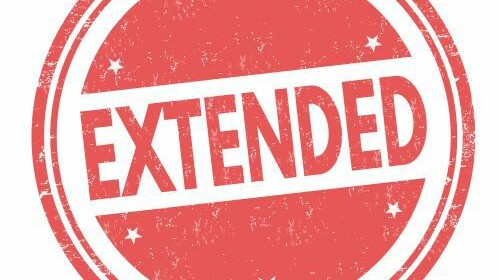 The 2014 Farm Bill allowed state departments of agriculture and universities to implement pilot programs. Under these pilot programs, individuals and entities could cultivate industrial hemp for research purposes. The 2014 Farm Bill’s hemp provisions were light on details, but many states established robust regulatory schemes for the production and processing of hemp. Though hemp cultivation was limited to research purposes, that term was not defined and many states interpreted the 2014 Farm Bill to cover a wide range of commercial activities.

The 2018 Farm Bill included a much more robust federal regulatory framework. It empowered the United States Department of Agriculture (USDA) to work with states and Indian Tribes to issue licenses to grow hemp for commercial purposes. To do that, the state or Indian Tribes submit hemp cultivation plans to the USDA, which the USDA can approve or ask the state or Tribe to revise. The 2018 Farm Bill also granted the USDA authority to issue hemp cultivation licenses to growers who want to operate in jurisdictions that do not have an approved plan (so long as the jurisdiction has not explicitly prohibited the cultivation of hemp).

But here is the rub, the 2018 Farm Bill, specifically Section 7605(b), required the repeal of the 2014 Farm Bill’s industrial pilot program one year after the USDA established regulations under the 2018 Farm Bill. That would have resulted in the 2014 Farm Bill being repealed on October 31, 2020 as the USDA issued the relevant hemp regulations, called the interim final rule, on October 30, 2019. This was problematic because some states, like North Carolina and Rhode Island, had no intention of opting-in to the 2018 Farm Bill due to concerns about how the USDA was handling delta-9 tetrahydrocannabinol testing. You can read a letter from the North Carolina Department of Agriculture to USDA Secretary Sonny Perdue here. In addition, a number of other jurisdictions have submitted plans which are either under review by the USDA or need to be revised per USDA feedback. The USDA makes the status of each jurisdiction’s plan available here.

To the USDA’s credit, the agency has been receptive to industry concerns. The USDA reopened the comment period for its interim hemp rule recently. In addition, the USDA announced in February that it would not require hemp cultivators have their products tested by Drug Enforcement Administration-certified labs in 2020 as there were not enough qualified labs in the country to meet the overwhelming demand. You can read more about that decision in this Hemp Industry Daily article that broke the story back in February.

HR 8337 is called a "Continuing Resolution" or "CR." Congress uses CR to temporarily fund the government for a limited amount of time. It essentially allows lawmakers to avoid a government shutdown when they cannot reach an agreement on appropriation bills that are necessary to fund the federal government for a full calendar year.

You may be thinking, "why does it make sense to include a provision extending the 2014 Farm Bill in CR?" The answer is that it doesn't make sense, but given the deep political divide in Washington DC, it was unlikely that federal lawmakers were going to pass meaningful legislation with regards to the tension between the 2014 and 2018 Farm Bill any time soon so we will have to live with this tension anyway.

We will continue to monitor developments in hemp and report back.