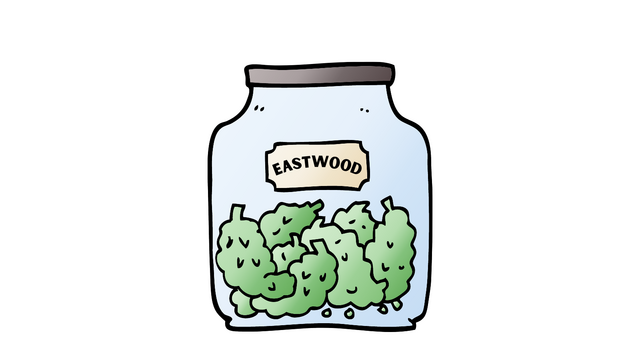 Recently, as reported by Rolling Stone, a federal judge in California awarded Clint Eastwood a $6.1 million default judgment against Mediatonas UAB, a Lithuanian CBD company, for violating Eastwood’s right of publicity. This post provides a brief legal analysis of the ruling and posits that maybe—just maybe—it reflects the broader de-stigmatization of cannabis currently underway.

The “right of publicity” is a creature of state law. Broadly speaking, it is a person’s right to control and profit from the commercial use of his or her name, image, and likeness (NIL). In our increasingly commercialized society, the right of publicity has become important, especially for celebrities (e.g., actors, singers, athletes).

Here, the defendant allegedly ran a 16-month online advertising campaign for its CBD products that used Mr. Eastwood’s NIL without his permission. Given Eastwood’s mindboggling 65+ year career as an actor, director, and producer, his NIL is quite valuable. He is a famous Hollywood icon. The commercial misappropriation of his NIL understandably gives rise to damages far greater than would impermissibly using the NIL of any Joe Schmo off the street.

But what caught my eye in the court’s October 1 ruling was not the right of publicity claim or $6.1 million award, but rather what the court did not grant Mr. Eastwood.

Clint also sued for “libel per se,” a type of defamation, claiming that the ad campaign associating him with the defendant’s CBD brand damaged his reputation. Defamation is a false statement published to a third party that causes reputational damage. Libel, or defamation in written form, is defined in California as:

a false and unprivileged publication by writing . . . which exposes any person to hatred, contempt, ridicule, or obloquy, or which causes him to be shunned or avoided, or which has a tendency to injure him in his occupation.

Proving damages in cases of libel is difficult. Sometimes there are ways to quantify reputational harm –for example, an abrupt loss of corporate sponsorships -- but generally it is difficult to prove. To avoid having to prove these “specific” damages, Mr. Eastwood claimed libel per se (Latin: “by itself”). Libel per se occurs when the written words are clearly defamatory on their face, or, to quote the law “without the necessity of explanatory matter, such as inducement, innuendo, or other extrinsic fact.” See Cal. Civ. Code § 45a.

Mr. Eastwood claimed that the defendant’s false statements were libelous per se and caused him to suffer “shame, mortification, or hurt feelings even if he has not proved any actual damages.” The court rejected his argument, and wrote:

[T]he publication is not defamatory on its face. It requires additional context to understand what CBD products are and why a person like Clint Eastwood would not endorse a marijuana-based product.

It would be a stretch to say this ruling provides meaningful commentary about the de-stigmatization of CBD-infused beverages or marijuana, generally. But on the other hand, it is nice to see a court rule that a false association with CBD brand (even if in the context of misappropriation) is not defamatory on its face. And that is a good thing. I mean, it’s not like he was accused of talking to a chair . . .

What will New York Do if Dispensaries Do Not Open in Time?