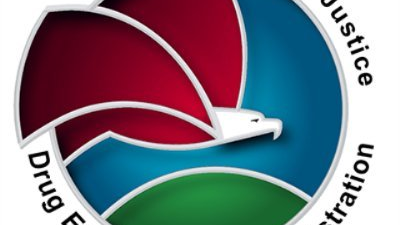 Monday marked the end of an era in marijuana policy as the Drug Enforcement Administration (“DEA”), a division of the federal Department of Justice (“DOJ”), announced plans to facilitate and expand scientific and medical research of marijuana in the United States by moving forward with the review of pending applications for growing research-grade marijuana. The DEA’s announcement signals the “beginning of the end” of federal marijuana prohibition, as the policy change allows federal agencies to evaluate and assess the medical use and abuse potential of marijuana with (limited) political interference. DEA plans to propose new regulations that will govern the evaluation of applications for growing research-grade marijuana and allow for public comment on the proposed regulations so both applicants and the general public can weigh in on the proposed rules.

As many of you probably know, the federal government has maintained a 50+ year monopoly on the production of research-grade marijuana through the University of Mississippi through a contract with DEA and the National Institute for Drug Abuse (“NIDA”). In 2016, the DEA announced a policy change designed to “increase the number of entities registered under the Controlled Substances Act (“CSA”) to grow marijuana to supply legitimate researchers in the United States.” However, DEA officials had yet to approve any of the applications submitted by growers seeking DEA approval to grow research-grade marijuana, so the 2016 policy “change” has had little, if any, impact on federal research of marijuana. While the DEA announcement has received ample attention from the media, politicians, and industry organizations alike, it is important to discern what the DEA announcement does and does not mean for federal marijuana policy.

First and foremost, the policy change is a necessary (but not sufficient) precursor to rescheduling marijuana under the federal Controlled Substances Act (or removing it altogether) because the lack of research concerning the medical use and abuse potential of marijuana has prevented federal agency officials from recommending that marijuana be removed from Schedule I of the CSA. Federal law requires the consideration of specific criteria in determining the scheduling of a substance, namely the abuse potential and currently accepted medical use of the drug. Additionally, the law requires use of a 5-factor test for purposes of determining whether or not a drug has a “currently accepted medical use.”

The 5 factors used to determine whether a drug satisfies the “currently accepted medical use” prong of the CSA’s scheduling criteria includes the following: (1) the drug’s chemistry must be known and reproducible; (2) there must be adequate safety studies; (3) there must be adequate and well-controlled studies proving efficacy; (4) the drug must be accepted by qualified experts; and (5) the scientific evidence must be widely available. The Department of Health and Human Services (“HHS”) via the Food and Drug Administration (“FDA”) is tasked with determining whether a drug satisfies the 5-factor test, and HHS makes a recommendation to DEA based on whether these 5 factors have been satisfied in accordance with federal law. In every previous recommendation regarding the medical use of marijuana, HHS has concluded that marijuana does not satisfy any of the 5 listed factors, but largely due to the fact that a finding to the contrary would necessarily require the existence of large-scale, “adequate, well-controlled, well-designed, well-conducted, and well-documented studies” involving various administration methods and different combinations and concentrations of cannabinoids.

In order to satisfy the 5-factor test, HHS must be able to evaluate and assess the medical and scientific evidence concerning marijuana based on rigorous scientific standards applicable to federally approved clinical research studies. While HHS has previously acknowledged the existence of numerous reports and studies relating to marijuana’s potential medical use in their recommendations to DEA, HHS points out that these studies do not satisfy the legal standards required for consideration of clinical research studies in the context of making scheduling decisions pursuant to provisions of the CSA. For example, HHS previously identified 11 studies that evaluate the efficacy of marijuana and were included for publication in peer-reviewed journal articles, but none of these 11 studies satisfied scientific standards due to study design limitations. However, HHS also noted that all 11 studies could be deemed “proof of concept studies,” which provide preliminary evidence on a proposed hypothesis involving a drug’s effect and “often serve as the link between preclinical studies and dose ranging clinical studies.” Essentially, HHS has acknowledged the existence of preliminary evidence indicating the safety and efficacy of marijuana while noting the obvious limitations of existing scientific and medical research.

Many have criticized DEA and FDA officials for abiding by such exacting standards when determining the medical use (or potential medical use / benefit) of marijuana, but it is hard to deny the fact that these rules are generally a good thing if (and that’s a major if) research is truly driving federal drug policy. If these controls did not exist, DEA and FDA would be able to assess and evaluate the research potential of marijuana and other substances without limitation or regulatory oversight. I am not defending the longstanding government monopoly on research-grade marijuana, but I believe it is important to understand the (stated) rational behind these rules in order to appreciate the significance of the DEA announcement.

At the end of the day, I suspect most reasonable minds would agree that scientific and medical research should be the most persuasive and significant factor guiding federal marijuana policy, and the DEA’s announcement this week signals the potential for objectivity and nonpartisan policy making as the nation prepares for (what I like to call) a “Post-Prohibition” world. However, only time will tell whether the industry is able to accept the good, bad, and the ugly truth when it comes to marijuana, notwithstanding the history, politics, and corporate conspiracies associated with federal marijuana prohibition.