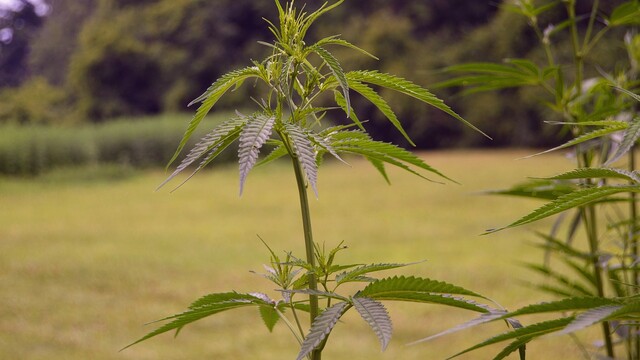 End of Hemp Prohibition Likely to be Stalled for a While

ICYMI . . . last month the Hemp Farming Act of 2018, the bi-partisan federal legislation to definitively end the federal prohibition on domestic production of hemp and hemp products (including CBD) proposed by Senate Majority Leader Mitch McConnell and co-sponsored by our own Senators Wyden and Merkley, was rolled into the Agriculture Improvement Act of 2018, aka The Farm Bill. The same was done with the version of the bill introduced in the House of Representatives. The provisions of the 2018 Farm Bill would remove hemp (cannabis with less than 0.03% THC) from the purview of the Controlled Substance Act, and put federal oversight of state and tribal authorized hemp production under the USDA, which would then approve state plans that meet certain criteria established by USDA Rule. Any state would be free to create a program to regulate the production of hemp and hemp products and commodities that meets the federal requirements that would be put in place by the USDA. The regulatory regime created by the bill puts in place a structure that it very similar to the joint federal-state regulation that occurs under the Clean Water Act and Clean Air Act. In the case of states like Oregon and Colorado, where the state governments have already established hemp programs that comply with existing federal requirements, the transition would likely be seamless. The provisions also specifically authorize crop insurance for hemp crops under federal programs. Passage of the Farm Bill would give clarity to an otherwise murky area of law and create a huge domestic and international market for the many hemp farmers of Oregon.

On June 18th, the Senate passed its version of the 2018 Farm Bill out of the Committee on Agriculture, Nutrition and Forestry without making any changes to the Hemp provisions originally proposed in the Hemp Farming Act, and on June 28th the entire Senate approved it as passed out of Committee. Here is the rub: The House of Representatives passed its own version of the 2018 Farm Bill a week prior on June 21st, and its version includes some very controversial changes to the USDA’s Supplemental Nutrition Assistance Program (known as SNAP) as well as some major cuts to small farm support programs that have been in place for decades. In case you are unfamiliar with the rules of Congress, if the Senate and the House each pass the same bill without identical language, they create a conference committee to negotiate out the differences. While this happens quite frequently, and in fact occurred the five years ago when the last Farm Bill was passed, this year’s negotiation looks to be a lot more contentious than the last because of those controversial provisions.

This week, the House and Senate have begun to name their respective members of the conference committee who will have the tough job of figuring out how to come to an agreement on some very tough issues. While this is a step forward for the conference committee that indicates that negotiations could start as early as next week, the negotiations are likely to go on for months. While some insiders are optimistic that a deal could get done before the November elections, hemp farmers in Oregon, like all small farmers throughout the US, should brace themselves for the possibility that the marketability of this year’s hemp crop and the hemp-derived commodities remains in limbo throughout the rest of the growing season and perhaps into the planning period for next year’s crops.

Keep checking back at our blog at www.gl-lg.com for updates on the progress of the 2018 Farm Bill as the process unfolds.