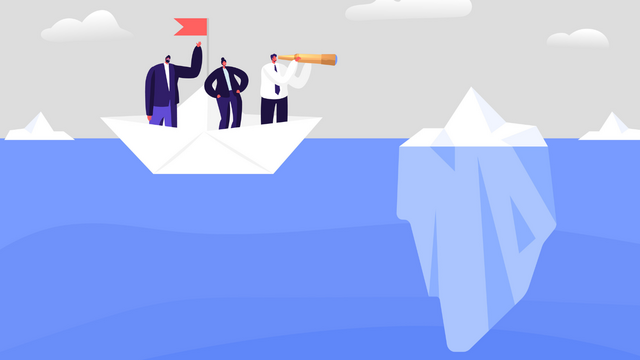 In recent months, our office has received inquiries from entrepreneurs eager to obtain a license in New York’s yet-to-be established legal cannabis market. We share their excitement! But we also want to remind readers to be careful. Until the New York Cannabis Control Board and the Office of Cannabis Management issue regulations and establish an application process, we won’t know exactly what it will take to get a New York cannabis license. Because, as the saying goes, idle hands are the devil’s plaything, this post outlines six mistakes to avoid if you want a New York cannabis license.

1. Buying or Leasing Space Too Soon

To receive a cannabis license, at least thirty days before the license is issued, you must have a right to real property where the license will operate. Finding real estate where a cannabis business can operate is tough: landlords may not want to lease to a business that is openly in violation of federal law and many lenders will not provide loans to those who will purchase real estate specifically to violate federal law. Because of these hurdles, finding real estate should be a top priority for any applicant. However, don’t buy or lease too soon, because many local authorities in New York have not yet established where a cannabis business may operate. While the Marijuana Regulation and Taxation Act (MRTA) does establish that licenses may not operate near sensitive areas (e.g., schools, houses of worship) it does not preempt a locality’s ability to set zoning and land use restrictions that could impact where a cannabis business could operate, so long as the licenses are not zoned out of existence. While the time has expired for localities to opt-out of cannabis dispensary or on-site consumption licenses, local controls still matter. So before you buy property or sign a lease, make sure that the location is zoned for the type of cannabis business you’re planning.

Licensing requirements can make for strange bedfellows. I remember working with clients in the early days of legalization in Washington and saw first-hand how this plays out. For example, in 2015, Washington undertook the task of issuing retail licenses after lawmakers decided to merge the medical and adult-use markets. One criterion for these new licenses was that an applicant had previously been part of a medical dispensary that had remained current on taxes. This brought about a surge of partnerships where one party had money and the other party had the correct qualifications. In some cases, these relationships worked out well. But in other cases, the rushed partnerships ended in high-stakes legal battles.

New Yorkers should select partners that they can work with in the long term. Once a team has been formed, it is important that the parties agree to basic terms, either through an operating agreement, partnership agreement, shareholder agreement, or other governing document. Here are a few key questions that potential business partners should consider:

· Who gets to vote and what decisions require a vote?

· How will profits and losses be allocated?

· What happens in the event of a dispute?

· How does an entity add or remove stakeholders?

· What happens to assets when the business closes?

· Who decides whether to sell the business or its assets?

It’s much easier to hammer out these details now, at the onset, than having to work them out once the business is successful or unsuccessful.

3. Operating a Cannabis Business Before Getting a License

Starting a cannabis business requires money, and sometimes lots of it. To raise money, you might need investors. To do that, you must consider securities law. Securities law is a complex legal area, governed by state and federal laws. The Securities Act of 1933 defines “security” broadly to include a wide range of financial instruments. If you are taking any form of payment other than a personal or bank loan, most likely securities law will apply and complying with securities laws will be key. While this added layer of regulation can be complicated, it must not be overlooked. Just because cannabis remains illegal at the federal level, it does not mean that cannabis businesses are exempt from securities laws (and other federal laws).

5. Burning Through Your Budget on Service Providers

There is a lot of money to be made in New York’s cannabis market, and everyone knows it. As a service provider, I know that it’s not just going to be the license holders profiting off the industry. Ancillary service providers are important partners to ensure your business can succeed. Accountants, real estate agents, lawyers (like the fine folks at Green Light Law Group), consultants, and other service providers can really help a new business succeed. But running a cannabis business is a marathon, not a sprint, and you need to budget accordingly. At this point, before draft regulations have been made public, there is only so much that can be done. Be wary of overspending on service providers now as you may run out of money before you even know what you will need for a New York cannabis license.

We've covered a lot of what you should not be doing. One thing you should be doing is closely following any developments from the Board or the Office. Set aside time to review public board meetings. Once rules are made public, there will be an opportunity to comment on and shape the final rules: consider participating in the process. And stay up-to-date on any potential legislation, such as the proposed conditional licensing bill. We will continue to cover developments here on the Green Light Law Blog, so stay tuned for more information on New York cannabis licenses.