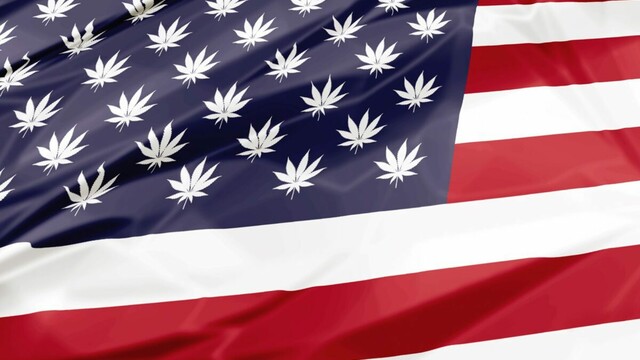 Last week, the US House of Representatives voted to pass the Marijuana Opportunity Reinvestment and Expungement Act (the MORE Act) which would remove marijuana from the Controlled Substances Act (CSA). This historic vote is the closest that the federal government has come to legalizing marijuana since 1937, when the passage of the Marihuana Tax Stamp Act effectively outlawed cannabis nationwide. This is a big moment in the marijuana reform movement, and it is a promising step forward.

However, in order to become law, the MORE Act must also pass the Senate before going to the President for signature. It is still unlikely that the MORE Act makes it past Mitch McConnell and the Republican-controlled Senate. But, if the Democratic candidates are successful in the two run-off races in Georgia, the MORE Act could have a chance at becoming law in 2021.

Senate Majority Leader Mitch McConnell has been open in his opposition to marijuana. The Republican from Kentucky was instrumental in including hemp provisions in the 2018 Farm Bill but his support evaporates when it comes to THC-rich marijuana. Here is how reporter Natalie Fertig characterized McConnell’s position in an article on marijuana legalization for Rolling Stone back in July 2019:

Even if a cannabis bill passes a Senate committee[,] that doesn’t necessarily mean it will make it to a vote. Majority Leader Mitch McConnell holds the keys to the Senate chamber, and he only brings bills to the floor that he personally wants passed. Though he worked hard last year to legalize hemp –– Kentucky has a long history of farming industrial hemp, and McConnell was looking for a way to help the state’s economy — he’s said he will not consider descheduling cannabis. (McConnell’s office did not respond to multiple requests for comment for this story.)

So long as the Republicans control the Senate, marijuana legalization appears untenable through the legislative process because Mitch McConnell is unlikely to allow a vote in the Senate. This is true even though fellow Kentucky Republican, Sen. Rand Paul is a strong supporter of legalization. McConnell’s simply not willing to allow a vote to remove marijuana from the CSA at this time.

Senate Minority leader Chuck Schumer, who would likely replace McConnell as Senate Majority Leader if the Democrats control the Senate, is in favor of legalization and has gone so far as to say that marijuana legalization will be a priority if the Democrats retake the Senate, as reported by Marijuana Moment. This is why the future of the MORE Act is so closely intertwined with the two Senate races in Georgia.

In Georgia, a candidate cannot advance through a primary or general election without more than 50% of the votes. In the event that no single candidate reaches that threshold, then the two candidates who received the most votes advance to a runoff. That is exactly what happened this year in Georgia in two races, one for a special election to fill the remaining term of Senator Jonny Isakson (R), and one regular Senate race.

The special election pits Democrat Rev. Raphael Warnock against Republican Kelly Loeffler while the regular election is between the incumbent, Republican Sen. David Perdue and Democrat Jon Ossoff. If Democrats win both races than the Senate will be split 50-50 between Republicans and Democrats. In the event of a tie in the Senate, Vice President Kamala Harris, who sponsored the MORE Act in the Senate, would cast the deciding vote. I think we know how she would vote.

The National Cannabis Association (NCIA) provides more information on the Georgia races. Democrats have a tough road ahead to win both Senate races in Georgia, but Georgia did go for a Democrat for the first time in decades in 2020. We will continue to monitor the outcome in Georgia and watch for additional developments in Congress.